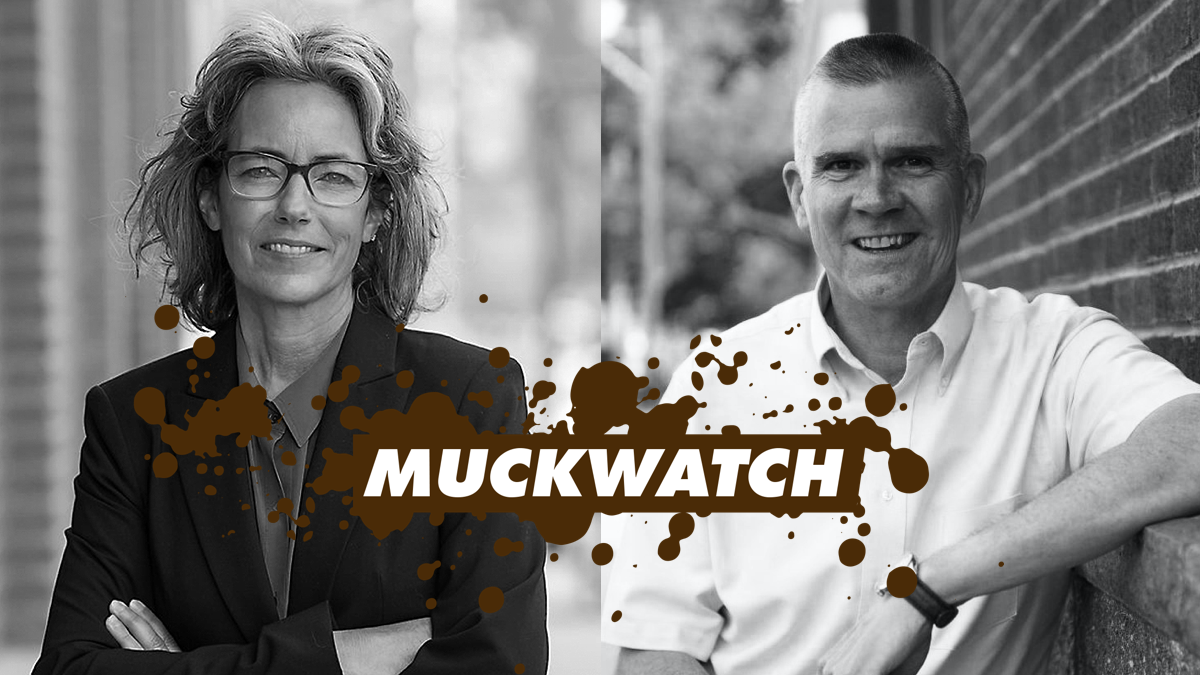 Over the past few months, the U.S. House campaigns of Republican Matt Rosendale and Democrat Kathleen Williams have hit email inboxes hard with cash solicitations. Each message carries a slightly different flavor — a focus on a particular issue, the mention of new polling figures, lauding an inaugural television ad. But the central appeal remains the same. Drop a few bucks in the war chest and watch them make a difference.

These fundraising missives have also served as the first point of attack between two candidates that, as of early August, hadn’t yet exchanged any major salvos. Emails from the Rosendale campaign regularly refer to Williams as “California Kathleen,” a liberal extremist sure to vote in lockstep with House Speaker Nancy Pelosi.

One such email sent on July 13 and addressed to “Fellow Patriot,” pronounced:

“Hailing from the same hometown as Nancy, Extreme Kathleen has given us every indication that she will be true to her San Francisco roots and will rubber-stamp the radical policies of the liberal elite.”

Meanwhile, the Williams campaign has resurrected a familiar moniker leveled by Democrats during Rosendale’s unsuccessful 2018 attempt to unseat Sen. Jon Tester. Even before the 2020 U.S. House candidates emerged from their respective primaries, “Maryland Matt” was a common refrain in Williams’ donation requests, as evidenced by an April 23 email with the subject line “What’s At Stake.”

“In an era of industrializing public lands and a return to skyrocketing uninsured rates,” the email read, “we can’t risk handing Big Sky Country’s lone voice in the U.S. House to Maryland Matt Rosendale.”

Attacks between Williams and Rosendale are bound to get more pointed and issue-centric in the weeks to come, especially as more campaigns and third-party ads start popping up on televisions, radios and online streaming services. But so far, the candidates have decided to sharpen their swords on the same whetstone: their opponent’s state of origin.

It’s true that neither Williams nor Rosendale hail from Montana.

Williams was born and raised in San Francisco. Her mother died when she was a teenager, and her father worked as an engineer with the U.S. Army. Williams has talked about the influence her dad’s conservative leanings had on her; in fact, in the first line of her debut 2020 campaign ad, she confesses that she voted for Republican President Ronald Reagan.

Williams studied resource economics at the University of California, Berkeley as an undergrad, then went on to Colorado State University, where she earned a graduate degree in recreation resources.

In 1995, Williams moved to Montana, spending her first four years in-state as the lead staffer on the Montana Legislature’s Environmental Quality Council. She moved on to a position with Montana Fish, Wildlife & Parks in 1999, then to a job as executive director for the nonprofit Instream Flow Council in 2004.

“Kathleen has lived in Montana for 25 years,” a spokesperson for the Williams campaign told Montana Free Press. “She’s a gun owner, she’s a hunter, she’s an angler, and she has a deep connection to Montanans’ way of life.”

Matt Rosendale was born in Baltimore. His parents, Chris and Mary Lou Rosendale, founded the Bay Times newspaper in Kent Island, Maryland, in 1963. According to a hometown article written during his first run for the Montana Legislature, Rosendale snapped photos for the Bay Times as a teen before joining the family’s real estate business, Rosendale Realty.

Rosendale studied at Chesapeake College but did not earn a degree, and eventually became Rosendale Realty’s broker of record.

Rosendale’s time in Montana began with hunting trips and extended visits in search of property. He bought a ranch near Glendive in 2001 and relocated his family there the following summer. In 2011, he won a seat in the state House, then moved on to two terms in the state Senate, where he served as Senate Majority Leader in 2015.

Rosendale’s first race for the U.S. House came in 2014, when he lost to former state Sen. Ryan Zinke in a crowded Republican primary. Rosendale was elected to a four-year term as state auditor in 2016, a post he still holds after failing to defeat incumbent U.S. Sen. Jon Tester in the 2018 election.

“Matt and his wife Jean have lived in Glendive for nearly 20 years and all three of their sons graduated from Dawson County High School,” Rosendale’s spokeswoman, Shelby DeMars, stated in an email. “Matt understands the importance of protecting our outdoor heritage, supporting our agriculture and natural resource industries, increasing access to public lands, and lowering taxes on Montana families—and he has a proven record to back it up.”

These campaign nicknames aim to paint the opponent as an interloper, a political hopeful whose very roots make him or her out of touch with the lives and values of everyday Montanans. In a state where being on a first-name basis is a form of social currency, and intimate knowledge of backroads, license plate prefixes and fishing holes can open doors, challenging a candidate’s “Montana-ness” seems to be a viable and successful line of attack.

However, Williams and Rosendale are hardly unique as transplants to the Treasure State.

According to a 2019 Montana Free Press analysis of U.S. Census Bureau American Community Survey data, 53% of Montanans 25 and older were not born in the state.

According to The New York Times, those born in California, like Williams, made up 6% of the population as of 2014. Four percent originally hailed, as Rosendale does, from states in the Northeast, according to the Times.

With nearly half of the state’s population having moved here from somewhere else, the effectiveness of origin-based attacks seems somewhat questionable.

The House race monikers do, however, cast a larger cultural and issue-oriented shadow over the candidates themselves.

In the case of “California Kathleen,” the insinuation is one of Left Coast liberal extremism. The intended conclusion is that Williams represents a radical socialist agenda and that a vote for her is a vote for Pelosi, for higher taxes, for Obamacare, the Green New Deal and every other policy reviled by the conservative right. Likewise, the “Maryland Matt” attack attempts to paint a picture of a big-city developer, dark money’s envoy from the East destined to bow to wealthy outside interests at the expense of Montanans’ health and public lands.

In other words, California and Maryland aren’t necessarily the central focus of the attacks but are instead geographically emblematic of sets of ideals that a voter may find distasteful enough to oppose — with a small monetary donation to their favored candidate.