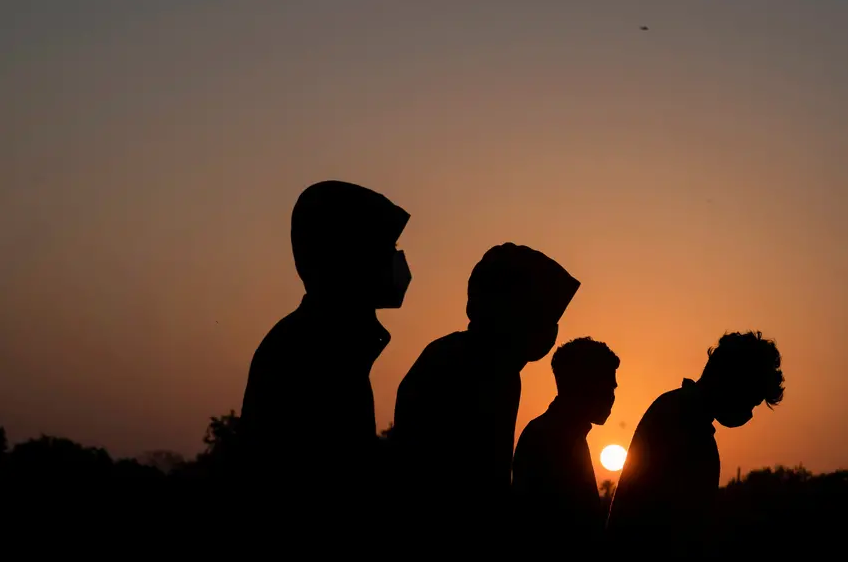 Dozens of Texas facilities housing child migrants to operate without licenses amid fight between Gov. Greg Abbott and Biden administration

More than 40 Texas facilities that house unaccompanied migrant children on behalf of the federal government will operate without state licenses next month, worrying advocates about the quality of care the minors will receive and putting President Joe Biden’s administration in a position to possibly violate the law.

The situation is the result of a chain of events following a May 31 disaster declaration order by Gov. Greg Abbott. As part of the order, the governor told the state to revoke the child care licenses of facilities housing migrant children. Abbott said in the order that the increase of recent immigrants has a negative impact on “state-licensed residential facilities, including those that serve Texas children in foster care.”

But before the revocations went into effect, the Texas Health and Human Services Commission issued an emergency rule in July that allows the shelters to continue to operate. As it stands now, starting Sept. 1, at least 42 Texas facilities that contract with the Office of Refugee Resettlement, the federal office that helps unaccompanied migrant children, will continue to house the minors but without state oversight, said Christine Mann, a spokesperson for the commission.

The emergency rule can stay in effect for 120 days and be renewed for another 60 days, according to state code.

As of mid-July, there were 4,700 children being held in facilities licensed by Texas, according to the latest available state data. Those children are in federal custody, but as their immigration cases are pending they are being housed in state-licensed facilities or until they can find a sponsor. Across the country, there were more than 14,000 migrant children in federal care, according to federal data published in July.

The facilities have become part of an ongoing legal battle between Abbott and the Biden administration. In recent months, Abbott has escalated his rhetoric on immigration, blaming recent immigrants for taking up state resources and causing the spread of COVID-19 in the Rio Grande Valley, where a majority of Central American immigrants have entered the United States. He also accused the Biden administration of “commandeering” Texas into using state resources to deal with a “migrant detention crisis caused by” the federal government.

A week after Abbott’s order to revoke the facilities’ licenses, Paul Rodriguez, a lawyer for the U.S. Department of Health and Human Services, responded in a letter to Abbott, saying that Texas’ move violates the U.S. Constitution’s Supremacy Clause, which says federal law supersedes state laws.

“Although we prefer to resolve this matter amicably, in light of the legal issues outlined above, HHS is consulting the U.S. Department of Justice and intends to pursue whatever appropriate legal action is necessary to ensure the safety and wellbeing of the vulnerable youth that Congress entrusted to [the Office of Refugee Resettlement],” Rodriguez said in the letter.

A spokesperson for the U.S. Department of Health and Human Services, which oversees the care of migrant children, said on Tuesday officials are “currently examining all the legal options available at its disposal to ensure that our shelters continue to provide services to the unaccompanied minors in our care.”

Under the Flores Settlement Agreement, a 1997 landmark federal court case that outlined the basic level of care of children in federal custody, third-party facilities taking care of migrant children on behalf of the federal government need to be licensed by a state. Without licenses, the Biden administration could be in violation of the settlement.

“Licensing is a cornerstone of the requirements we ask from our partners operating the shelters in Texas and across the country. These licensing changes are only creating uncertainty and instability for our program,” the U.S. Department of Health and Human Services spokesperson said. “We will take every step needed to support our partners and ensure that the children under our care are in a safe and secure environment.”

Advocates worry that without state oversight the quality of care of the children will diminish and that claims of abuse or neglect will not be investigated.

Jennifer Podkul, the vice president of policy and advocacy for Kids in Need of Defense, a children’s advocacy organization, said a state license provides a facility with a layer of accountability and “triggers all sorts of reviews, including access” to the minors.

“When you’re not licensed by the state you lose those types of reviews and oversight,” Podkul said.

Generally, allegations of abuse and neglect are reported to and investigated by the Texas Department of Family and Protective Services, said Mann, the Texas HHSC spokesperson.

Asked whether the Texas Department of Family and Protective Services will continue to investigate allegations of abuse and neglect in the facilities operating without a state license, an agency spokesperson said the office is researching its role.

When a child emigrates alone, Border Patrol agents take custody but by law they can hold the child for only up to 72 hours. Then they are released to the care of HHS, which contracts with shelters to house children until the government can find a sponsor or a relative in the United States. This year, there has been an increase in the number of migrant children crossing the border.

According to federal data, the average number of migrant children in federal care grew from about 4,000 kids in January to 20,000 in May.

The federal government established two emergency shelters in Texas to help with the influx of migrant children, one in the military base Fort Bliss and one in Pecos, a town about three hours east of El Paso.

On Monday, two child advocacy organizations in California filed a motion in Los Angeles court asking a judge to order the federal government to release the children from those two federal facilities because of substandard conditions. The groups claim the Biden administration is violating the Flores decree.

The children live in filthy conditions and they lack cleaning supplies to clean their living areas, according to the filing. The 31-page court complaint also says that children go hungry and have been served raw chicken.

In a statement, a spokesperson for the U.S. Department of Health Human Services said that children have access to legal services and medical treatment and that they meet with case managers weekly. The statement says they can meet with mental and behavioral health counselors and are offered other services, such as reading, art, and indoor and outdoor athletics.

“While we can’t speak to the specifics of the court filing, we take our responsibility to provide safe, appropriate care for unaccompanied migrant children very seriously,” the spokesperson said. “Any potential incident previously reported would have led to an investigation and disciplinary action as warranted.”

Depending on how long the Texas-based facilities can continue to operate without a license under the emergency rule, children could be transferred to the federal-run facilities, which are not licensed by a state.

Podkul, with Kids in Need of Defense, said if that were to happen advocates would be concerned about the quality of care the children would receive in a federal facility because smaller facilities have more services.

“We don’t want kids to be moved from a smaller place with robust services to a place where they have reduced services,” she said.

This article was originally posted on Dozens of Texas facilities housing child migrants to operate without licenses amid fight between Gov. Greg Abbott and Biden administration