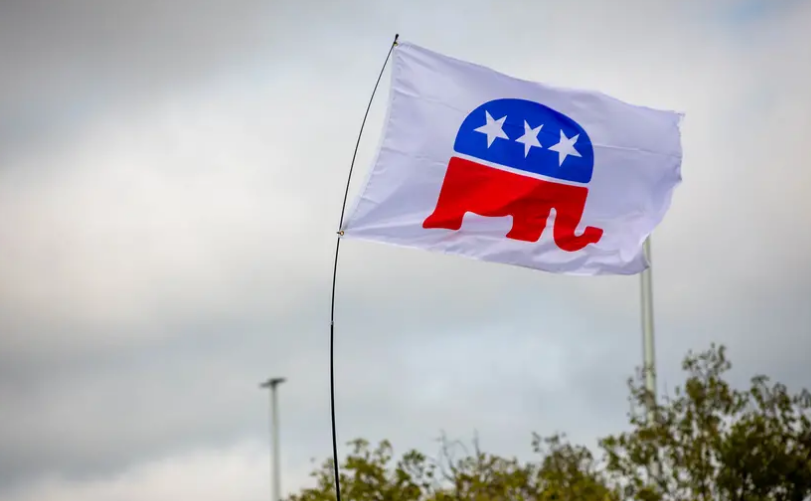 “Democrats’ hopes of flipping Texas again fall short as Republicans dominate the state’s 2020 elections” was first published by The Texas Tribune, a nonprofit, nonpartisan media organization that informs Texans — and engages with them — about public policy, politics, government and statewide issues.

When all those elections proved disappointing, Texas Democrats said 2020 would be the year, given record voter turnout, a once-in-a-century pandemic that grew out of control under Republican leadership and a highly controversial president.

But 2020 proved another disappointment for the state’s minority party as Republicans remained dominant in Texas, appearing poised to maintain victories in all statewide offices and both chambers of the Legislature. In what has become a familiar refrain, Texas Democrats pointed to 2020’s narrow losses as symbolic victories — signs that the state will one day change in their favor.

Though the margins in the presidential race were narrower than they have been in years, Democrats underperformed the high expectations they had set for themselves, particularly in a hotly contested battle for dominance in the Texas House. And a number of potential pickups for Democrats in the U.S. House of Representatives seemed increasingly unlikely as the night wore on.

With his reelection still uncertain, Donald Trump carried Texas on Tuesday. The last Democratic presidential candidate to carry the state was Jimmy Carter in 1976.

Republican John Cornyn handily won reelection to his seat in the U.S. Senate, soaring past combat veteran MJ Hegar to notch a victory despite a late Democratic spending blitz on her behalf. Republicans held big leads in other statewide races for Railroad Commission, Texas Supreme Court and Court of Criminal Appeals.

And the contest some in-state operatives had focused on as Democrats’ best hope — the battle for a majority in the Texas House — appeared to end with a narrow victory for Republicans, leaving intact the party’s advantage in the chamber.

As has become habit, Texas Democrats described their losses on Tuesday not as disappointments but as hopeful omens for next time.

“With every election, we’re getting one step closer to that change,” said Ed Espinoza, executive director of Progress Texas.

“Although we came up short,” Texas Democratic Party Chair Gilberto Hinojosa said of the U.S. Senate race, “I am hopeful because we are marching towards victory.”

“The work we did will move our state forward for years to come,” Hegar said.

Republicans, meanwhile, were not shy about celebrating their wins.

Gov. Greg Abbott, who was not on the ballot himself but had been deeply involved in Texas House races, even knocking on doors over the last few weeks, celebrated on Twitter: “Texas DID stay Red.”

Earlier this week, he had made a prescient, if provocative statement: “Democrats’ dreams will be crushed again.”

Abbott’s top political strategist, Dave Carney, was blunter in an interview late Tuesday night. He said Democrats were massively underperforming expectations because “they buy their own bullshit.”

“Here’s the best standard operating procedure for any campaign: Stop bragging, do your work and then you can gloat afterward,” Carney said, contrasting that approach with “bragging about what’s gonna happen in the future and being embarrassed.”

“Why anybody would believe what these liars would say to them again is beyond belief,” Carney added. “How many cycles in a row” do they claim Texas will turn blue? “It’s crazy.”

Cornyn, speaking to media after declaring victory Tuesday night, dismissed Democratic spending in Texas, saying Democrats “had more money than they knew what to do with, so they ended up investing in a long shot in places like Texas.”

Days before the election, polls showed a close race between Biden and Trump here — though neither candidate campaigned as if Texas were a battleground. Kamala Harris, Biden’s running mate, made a last-minute swing through the state late last week, but neither presidential candidate had been in Texas in months.

The results Tuesday night showed a close presidential contest in Texas. Trump’s lead in Texas was in the mid-single-digits early Wednesday morning, according to Decision Desk HQ — smaller than his 9-point 2016 margin, and about a third of Mitt Romney’s 16-point victory here in 2012.

Even as Biden performed well in large suburban counties that used to be reliably Republican, he failed to notch wide margins of victory in some critical Democratic strongholds, massively underperforming Hillary Clinton in the mostly Hispanic Rio Grande Valley. For example, Trump was leading in unofficial results in Zapata County — where Clinton won with 66% of the vote in 2016.

Victoria DeFrancesco Soto, an assistant dean and politics expert at the University of Texas’ Lyndon B. Johnson School of Public Affairs, pointed to two major reasons for Biden’s relative underperformance in the Valley: lower name ID compared with Clinton and limited door-to-door campaigning due to the coronavirus pandemic.

“The Valley is old school, and you need that grassroots mobilization,” she said. “And there wasn’t grassroots work, at least on the Democratic side, because of the pandemic. And arguably the GOP did have at least a bit more grassroots work because they had a different vision of public health.”

“That to me explains the Biden underperformance: He really wasn’t known, and then he didn’t have the time to make it up,” she added.

Trump, meanwhile, launched a Latino outreach initiative for his 2020 bid, she noted.

Republicans had hoped their willingness to knock on doors during the pandemic would give them an edge over Democrats, some of whom leaned on remote campaigning methods.

As expected, lesser-known — and less controversial — Republicans did better than Trump on the statewide ballot in Texas. Republicans running for seats on the state’s two high courts, and the board that regulates oil and gas, each looked poised to win by a healthy margin. For the first time in years, Democrats had run contested primaries for most statewide races, including a crowded 12-candidate primary for the U.S. Senate race and competition for the nomination for nearly every judicial seat.

Democrats were also falling far short of expectations in U.S. House races. The Democratic Congressional Campaign Committee had targeted 10 GOP-held seats this fall in Texas, though by midnight, they had no pickups to tout.

In one race — to replace retiring Rep. Will Hurd, R-Helotes — Democratic party leaders had started the cycle brimming with confidence that the seat would flip to them, especially after Republicans had to go through a seemingly endless nomination process. But before the night was over, the campaign of the Republican nominee, Tony Gonzales, was declaring victory.

But perhaps the most striking rebuke to Democrats’ hopes on Tuesday night was their failure to regain a majority — or even move the needle much — in the 150-member Texas House, where they needed to pick up nine seats.

Even before the chamber’s majority party had been determined, optimistic Democrats had declared their candidacy to lead it as speaker.

“Before the day is done, Democrats will take the Texas House,” one candidate, El Paso Democrat Joe Moody, said Tuesday morning. By early Wednesday morning, it seemed clear they would not.

Democrats will get another chance to test their hopes in 2022, when statewide offices like governor and attorney general will appear on the ballot. It remains to be seen whether they can increase their power in the state.

“Is Texas on the route to becoming blue, or is Texas on the road to becoming a perennial battleground? That’s a question I don’t know the answer to,” DeFrancesco Soto said. “But I do feel confident saying we are moving in the purple direction, and we may just stay stuck at purple.”