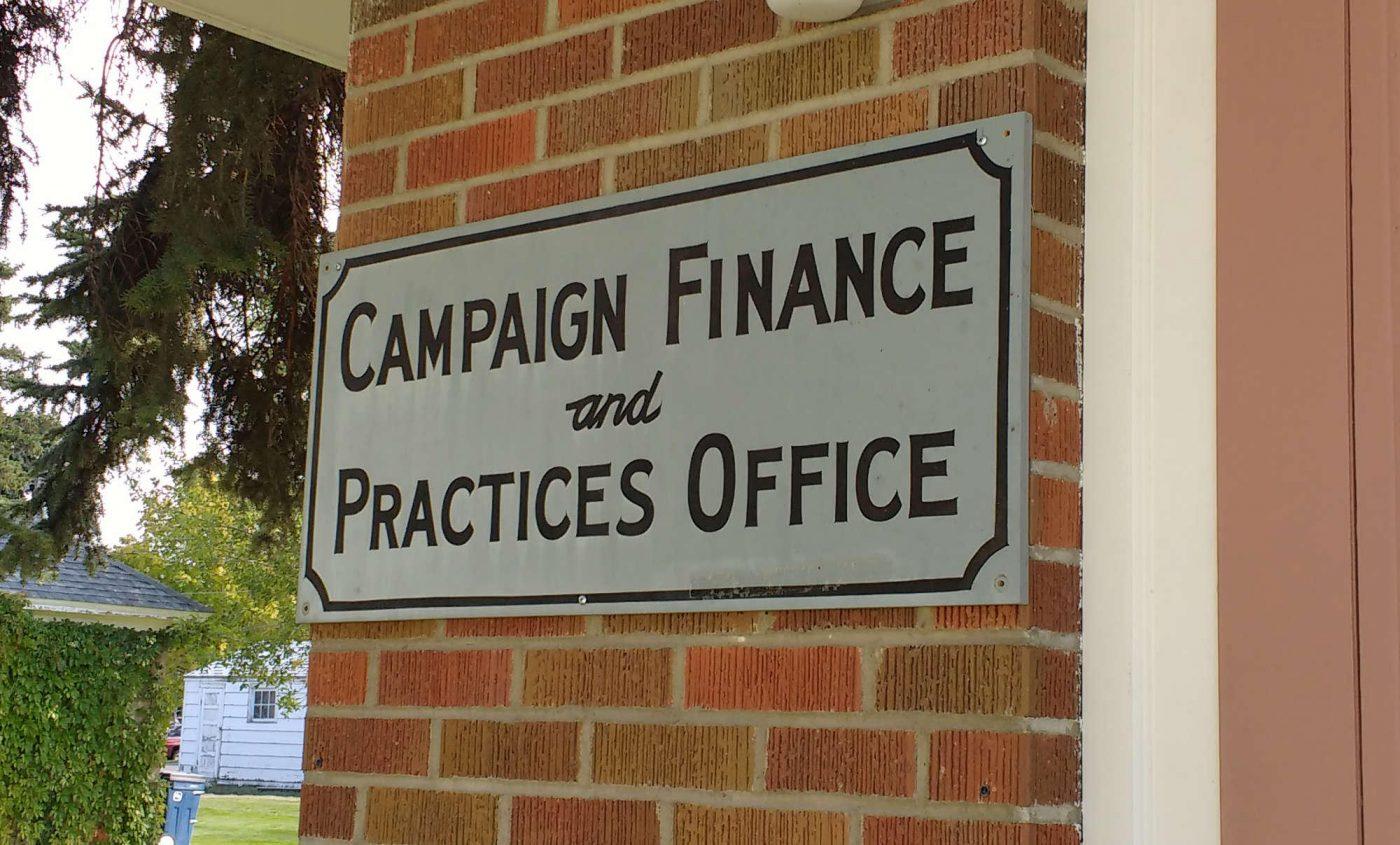 HELENA — Montana Commissioner of Political Practices Jeff Mangan issued a decision Friday, May 15,  stating that the organization behind a late-March cable ad mentioning Republican gubernatorial candidate Tim Fox violated state campaign practice law. The organization, American Prosperity Group, purchased $28,837 worth of Montana airtime through cable provider Spectrum between March 24 and April 1, but did not register with the state as a political committee and did not file a finance report disclosing details about its fundraising and spending.

“By failing to file as a political committee and file 2020 committee finance reports, APG has deprived both the public, candidates, and competing committees of significant reportable contribution and expenditure activity,” Mangan wrote in his decision.

Mangan also found that APG failed to include adequate information in the ad’s attribution — specifically the name of the group’s treasurer and its address — and ordered APG to file the appropriate paperwork within five days. As of Sunday afternoon, a search for APG in the Office of Political Practices’ online database turned up no results, nor did a search of the Federal Election Commission’s database. Montana Free Press could find no website or online mention of a political organization named American Prosperity Group.

The complaint that triggered Mangan’s decision, which was lodged by Jeffrey Oestreicher of Helena, centered on an ad that depicted Fox and encouraged viewers to call him and tell him to “keep standing with President Trump to protect Montana families.” The ad did not directly state support for or opposition to Fox’s gubernatorial bid, and so falls into the category of “electioneering communication,” a type of paid communication defined by state statute as depicting a particular candidate or referencing a candidate, political party or ballot issue within 60 days of the initiation of voting in an election.

In response to the complaint and subsequent decision, Fox’s campaign stated Sunday via email, “We do not have any affiliation with this group.”

On April 29, Mangan’s office received a letter from APG through its legal counsel, Charlie Spies with the Washington, D.C.-based firm Dickinson Wright PLLC, arguing that the ad does not qualify as electioneering communication because it aired more than 60 days before the June 2 primary. Spies identified APG in that letter as a nonprofit “conservative public policy advocacy organization,” and included 16 pages of invoices documenting the Montana ad buy.

“Based on all available information,” Spies wrote, “it is abundantly clear that APG has fully complied with Montana law and not triggered Montana regulation as a result of its advertisement.”

Spies previously served as chief financial officer and counsel to Mitt Romney’s 2008 presidential campaign before co-founding the Romney-supporting super PAC Restore Our Future in 2010. He also worked as treasurer and general counsel for the Jeb Bush-aligned Right to Rise USA super PAC during the 2016 primary cycle. Spies’ work with super PACs, which can raise unlimited amounts of money but are legally barred from donating to or strategizing with candidates, landed him a shared No. 2 spot on Politico’s “Politico 50” list of political influencers in 2015.

Mangan’s decision dismissed Spies’ argument, citing the fact that, in response to the coronavirus pandemic, primary ballots were mailed to voters in all 56 counties on May 8, making March 9 the start of the electioneering period. Spies highlighted that point on behalf of APG in an emailed response to MTFP May 15.

“The date that triggers electioneering reporting in Montana changed due to the Governor’s mail ballot directive and in light of this decision APG, a non-profit organization advocating President Trump’s conservative policies, will work with the Commissioner to resolve this reporting issue,” Spies wrote.

Mangan informed MTFP that even if the 2020 primary had gone ahead as usual, the ad still would have fallen within the electioneering window, as absentee ballots would have been mailed out 25 days ahead of the election. He added that Montana’s electioneering communication law has been upheld several times during his tenure as commissioner by the 9th Circuit Court of Appeals. Mangan could not recall hearing of APG prior to Oestreicher’s complaint, and said it’s been “some time” since his office has seen a formal complaint involving electioneering communication referencing a political candidate.

The records attached to Spies’ letter indicate the ad buy was conducted by Red Eagle Media Group, a media strategy firm implicated in allegations of illegal coordination between the National Rifle Association and Donald Trump’s 2016 presidential campaign. The firm is also tied to similar allegations involving the NRA and three 2018 Republican U.S. Senate campaigns, including that of Montana’s Matt Rosendale during his bid against Sen. Jon Tester. The sum of activity in those three campaigns sparked a 339-page complaint to the FEC by campaign watchdog groups End Citizens United and the Campaign Legal Center.