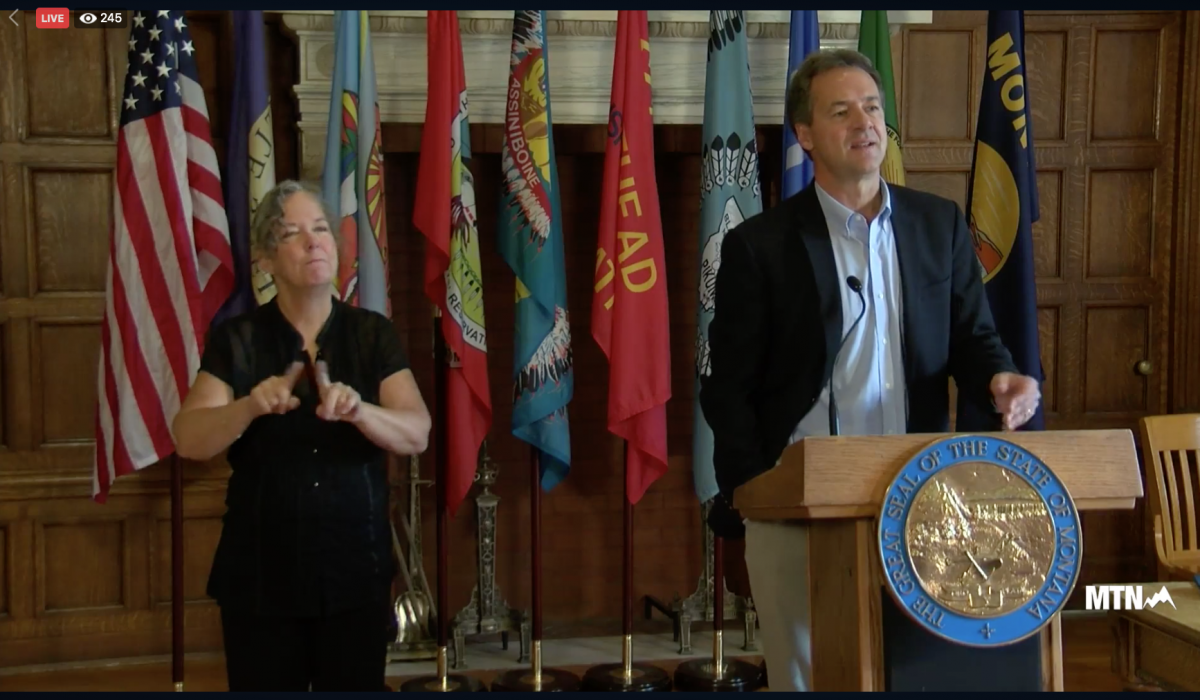 Counties will have option to conduct all-mail elections in November

HELENA — Gov. Steve Bullock issued a directive Thursday giving Montana counties the option of shifting to all-mail ballots for the November general election as they did for the June primary, saying the order gives local election authorities a way to prevent COVID-19 from spreading among election-day crowds at polling places.

The governor, who will be on the fall ballot as the Democratic candidate for U.S. Senate, said he is issuing the order at the request of the association representing Montana’s county clerks and election administrators.

“It only makes sense that we start preparing now to ensure that no Montanan will have to choose between their vote or their health,” Bullock said in a press conference. “They didn’t have to in June and they shouldn’t have to in November.”

The governor’s order lets commissioners of individual counties shift the default voting method from in-person to by mail. In past election years, Montana voters who wanted to vote by mail had to submit a form explicitly requesting an absentee ballot.

Under the terms of the order, counties opting to conduct the election by mail must still allow voters to request ballots and vote in person. It specifies that those counties must make ballots available at county election offices starting Oct. 2. Ballots would be mailed to voters Oct. 9.

The order also specifies that the state will cover the cost of postage for returning ballots by mail, meaning voters won’t have to provide their own stamps.

All 56 Montana counties took advantage of a similar directive issued by the governor in advance of the state’s June 2 primary. That election saw the largest turnout for a Montana primary in nearly 50 years, with 54.9% of registered voters returning ballots, compared to 45.3% in 2016. Data maintained by the Montana secretary of state’s office indicates that was the highest primary turnout the state has seen since 1972, the year June voters also ratified the state’s current Constitution.

“Montana, on the other hand, provided clear instructions to voters, realized higher turnout than usual, and enjoyed timely results reporting,” wrote Shantil Siaperas in a letter co-signed by the clerks’ association and the Montana Association of Counties.

The associations wrote that a majority of the state’s volunteer election judges are 61 or older, putting them in the demographic most vulnerable to the coronavirus. They also cited a survey of election judges that indicated some were afraid of being “harassed or harmed” if they were made responsible for enforcing social distancing guidelines at in-person polling places.

The county associations also pushed back on concerns expressed by some conservatives that conducting the vote by mail could increase the potential for election fraud, saying signatures on mail ballot envelopes are checked against signatures kept on file for each voter.