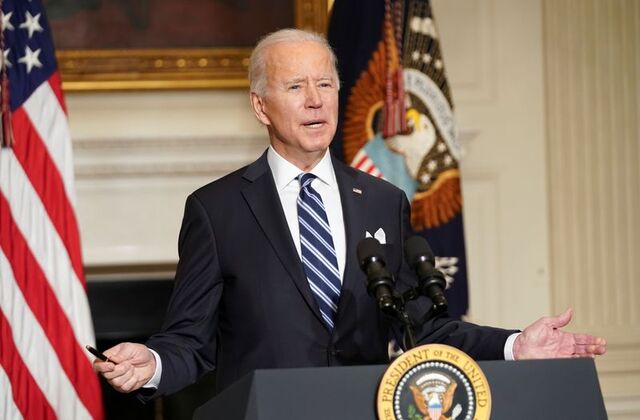 An Ohio policy group that was the first to ask a federal court for an emergency stay of President Joe Biden’s vaccination mandates said it was pleased cases nationwide were consolidated into the U.S. Court of Appeals for the Sixth Circuit in Cincinnati, where The Buckeye Institute filed its lawsuit.

States, businesses and other groups filed 34 lawsuits against the Biden administration’s requirement that private sector businesses with 100 or more employees require workers to be vaccinated against COVID-19 or face weekly testing. The lawsuits were filed across all 12 federal circuits.

The U.S. Judicial Panel on Multidistrict Litigation held a lottery Tuesday, and the 34 lawsuits will be consolidated and sent to the Sixth Circuit for arguments.

A nationwide stay of the mandate remains in effect after the Fifth Circuit in New Orleans twice ruled for plaintiffs, citing “grave” constitutional concerns.

The Buckeye Institute, a Columbus-based think tank, sued the Occupational Safety and Health Administration and asked for an emergency stay on behalf of Phillips Manufacturing and Sixarp LLC.

The group filed a motion Monday asking for the full Sixth Circuit court to hear all the OSHA vaccine mandate cases that have been consolidated.

Robert Alt, president and chief executive officer of The Buckeye Institute and counsel of record, said it is important the case will be heard where those businesses are and where their employees live.

“The Buckeye Institute is very pleased that this important case will be heard in the Sixth Circuit where our clients have their businesses and where their employees live and work,” Alt said. “We have every confidence that the facts, as outlined in our case, clearly establish that the vaccine mandate is an attempt to circumvent the limits on federal power and impose unconstitutional requirements on individuals.”

Under Biden’s direction, OSHA earlier this month released details of the vaccination mandate, which could affect an estimated 74 million American workers. The mandate was scheduled to go into effect Jan. 4 before the Fifth Circuit ordered the stay.

The policy also would impose nearly $14,000 in fines per employee if businesses are caught letting their workers skirt the mandate.

The Biden administration said the mandate is necessary to protect workers and end the pandemic.

“The Biden administration’s vaccine mandate – one of the most far-reaching and invasive rules ever promulgated by the federal government – exceeds OSHA’s authority, violates the major questions doctrine and the Congressional Review Act, tramples on numerous constitutional principles, and unnecessarily inflicts economic damage upon our clients, their workers, and the Midwestern communities where they are located,” Alt said.