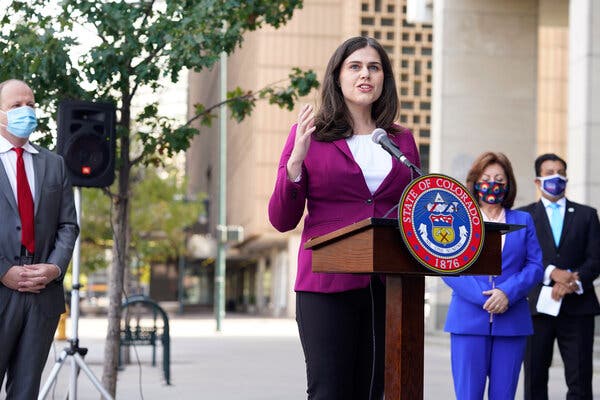 Mesa County must replace its election machines following a data breach, the Colorado secretary of state ordered on Thursday.

According to the order, Mesa County election officials must replace 41 voting machines after an investigation revealed that software passwords were taken by a non-employee and posted on social media. The replacement must be completed by August.

Secretary of State Jena Griswold said that the breach occurred during a limited access trusted build installation in Mesa County on May 25. This process is a routine update to election systems. All attendees must take a background check, Griswold added.

The breach did not impact the results of any elections, and there is no reason to believe it impacted any other counties, she continued.

Mesa County Clerk Tina Peters is accused of actively working to undermine election integrity and aiding the individual who took the passwords.

“The video surveillance from the trusted build is not continuous and cannot confirm the chain of custody,” Griswold said during a press conference. “This is inconsistent with my office’s understanding of the normal course of business in Mesa County.”

Griswold’s office on Monday called on Peters to turn over records and other relevant material showing that the passwords were in the proper chain of custody at all times.

Peters’ office did not immediately respond, prompting Griswold’s office to send investigators to Mesa County to collect the records.

During the investigation, Griswold said the agents discovered that Mesa County’s surveillance system had been turned off ahead of the May 25 installation.

Griswold said her office will “continue to provide support to Mesa County so they can provide a safe, and secure election for their citizens.”