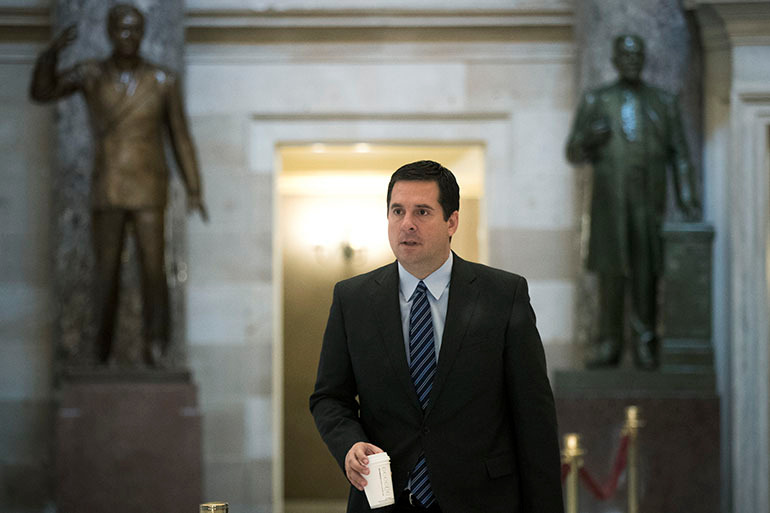 James McLelland was born with a rare form of dwarfism and spent his first nine months in the hospital connected to tubes, machines and monitors.

About seven months before his birth in 2011, a provision of the Affordable Care Act kicked in, prohibiting insurers from imposing lifetime limits on health coverage.

“If Obamacare hadn’t been in effect, he would have hit the lifetime limit of $1 million before he ever left the hospital,” said his mother, Jennifer McLelland, 35, of Clovis, using a common nickname for the ACA.

James, now 6, relies on a ventilator to keep him alive when he sleeps at night. The McLelland family has employer-sponsored insurance, but they fear that the health care bill the House of Representatives passed Thursday to replace Obamacare could have life-or-death consequences for James. They worry he could receive less coverage in the future, face a lifetime limit on coverage or even become uninsurable altogether.

“I have friends and family who voted for Devin Nunes and President Trump,” Jennifer McLelland said. “They say they pray for James. My son doesn’t need prayers. He needs health insurance.”

Nunes said in a written statement Thursday that the House vote was “a big step … toward abolishing the failing Obamacare program and replacing it with a system that provides much better care at lower prices.”

The bill, he said, “will make health care available to every American who wants it while protecting those with preexisting conditions.”

Nunes and the 13 other Republican members of Congress from California voted for the House measure, called the American Health Care Act — even though some had suggested earlier that they would oppose it. The bill was unanimously opposed by Democrats nationally.

Many of those GOP representatives — as well as some others around the country — could pay a price at the polls, say political analysts and community health advocates. Those seen as most at risk represent districts where a large number of people have coverage because of the ACA, or districts that have trended blue recently.

Outside of California, some of those vulnerable Republicans include Reps. Carlos Curbelo (R-Fla.) and Erik Paulsen (R-Minn.), both representing districts where Democratic presidential nominee Hillary Clinton defeated Trump by a significant margin, according to Daily Kos Elections.

In half of California’s Republican congressional districts, Clinton beat Trump in November.

California’s agricultural heartland, the Central Valley, has the most to lose from the House bill because its high poverty rate makes it highly dependent on Medi-Cal, the state’s version of the federal Medicaid program, which Obamacare expanded.

The House bill would phase out that expansion and would also significantly cut funding for the Medicaid program as a whole. In Tulare and Fresno counties, parts of which are in Nunes’ district, at least half of residents are covered by Medi-Cal.

The GOP bill, which passed 217-213, would dramatically alter the tax credits that currently help people buy insurance from the state and federal insurance exchanges, allow states to waive critical Obamacare regulations and end the tax penalty for people who don’t have insurance.

“The community is not going to forget this,” said Sarah Hutchinson, senior policy coordinator for ACT for Women and Girls, a Tulare County organization that fosters youth leadership and advocates for health care access.

The young people who participate in her program live in congressional districts represented by Nunes and Rep. David Valadao, also a Republican. Hutchinson said young people from her group visited Valadao’s office several times over the past couple of months, asking him to vote against the repeal bill.

“He refused to acknowledge who his constituents are,” Hutchinson said. “More than 50 percent of them use Medi-Cal, and so he’s literally turning a blind eye to these people and their family members.”

Valadao’s district, made up of Kings County and parts of Fresno, Kern and Tulare counties, not only has many residents with ACA coverage but also voted for Clinton by 15.5 percentage points over Trump in November.

Valadao’s vote could come back to haunt him, Hutchinson predicted.

Before now, she said, he was flying beneath the radar because of the political heat on Nunes, who has been criticized for his role as chairman of the House Intelligence Committee and its investigation into alleged Russian meddling in last year’s presidential election.

Now, “people are going to start turning their energy toward Valadao because of the health care vote,” Hutchinson said. “Now they’re paying attention to him.”

The Obamacare repeal votes by Valadao and by Jeff Denham, a Republican whose Central Valley district picked Clinton by 3 percentage points in November, may not have been savvy political moves, said John Capitman, executive director at the Central Valley Health Policy Institute at California State University-Fresno.

Earlier this year, the Democratic Congressional Campaign Committee designated Valadao and Denham, along with five other Republican congressmen from California, as targets that they hope to unseat in the 2018 midterm elections. All seven represent districts that voted for Clinton last year.

Capitman said he anticipates that once constituents begin to see the impact of Thursday’s vote, they will boot Valadao and Denham out of office. But because the aftermath of the GOP bill might not be felt right away, the two congressmen may hold on to their seats next year, he said.

“But by 2020 people will really start to feel the impact and they will be angry,” Capitman said. “These representatives promised to make health care better. If this doesn’t happen, people are going to be disappointed. They are going to want answers.”

Denham defended his vote Thursday, saying the bill is “a good first step toward putting control over personal health care choices back into the hands of individuals — not the federal government.”

Last month, Denham hosted a town hall meeting that drew about 1,000 people, according to The Modesto Bee. “He promised us a ‘no’ vote” on the Obamacare repeal bill, Santos recalled.

Denham encountered fierce opposition, which shows that his seat is not safe, she said. “A lot of people want him out of office. I’ve met so many people that voted for him, but that support is no longer there.”

Stephanie Burtch and her husband, who live in Denham’s district, qualified for Medi-Cal under the ACA expansion, but after Thursday she is worried about losing it. Their enrollment in Medi-Cal marked the first time the Modesto couple had health insurance in about 15 years, with the exception of a short period when she was pregnant, she said.

Burtch, 35, has Crohn’s disease, a chronic inflammatory bowel disorder, but she went without medication and treatment while she was uninsured.

Now that she’s covered and receiving care again, she has regained strength and made plans to return to school in the fall to become a teacher.

But those plans may be foiled if she, her husband or their kids lose their coverage, she said.

“The cost of tuition doesn’t seem feasible if we’re going to be paying for our own insurance,” she said. “This is heartbreaking for me. I was always a good student. I just couldn’t manage to stay in school when I was younger and didn’t have medication.”

Burtch said she wishes she could talk with Denham about the effect that Medi-Cal coverage has had on her family.

“I wish I could sit down with him and say, ‘Gosh, if we could just stay on Medi-Cal for a couple more years, I can afford to finish my education. My income will increase and then I can help pay into the system.’”

Emily Bazar and Ana B. Ibarra
More from PoliticsMore posts in Politics »