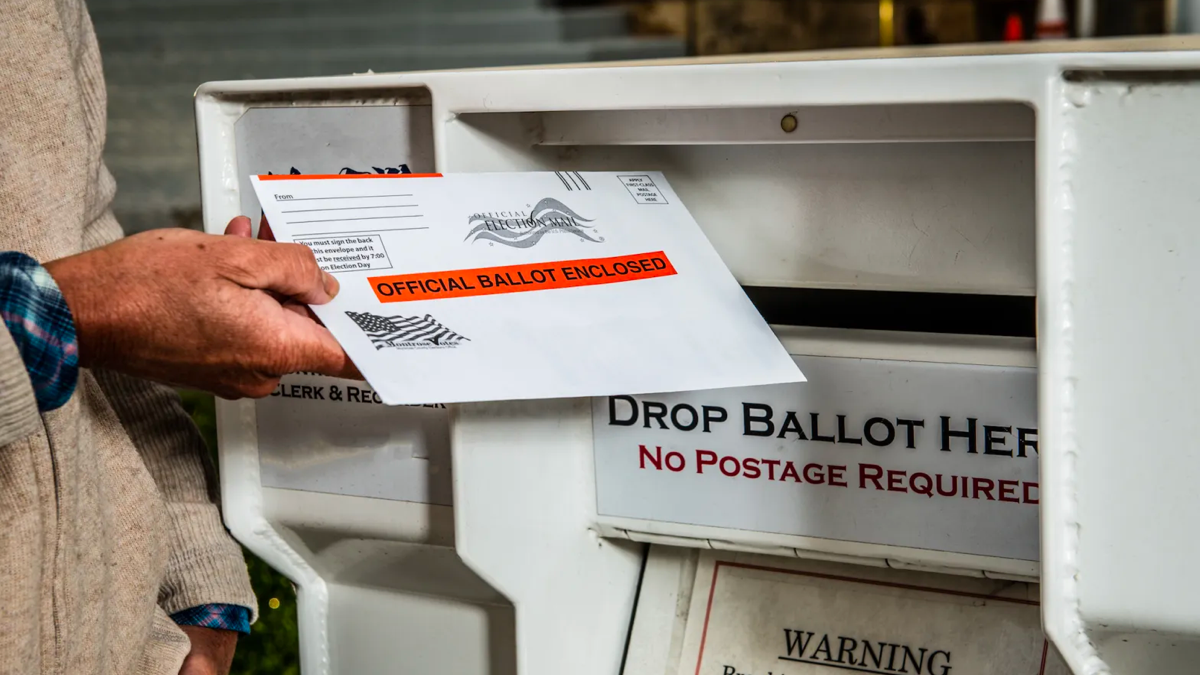 Residents, under a stay-at-home order, had complained about limited options.

Glacier County has opened two new ballot drop-off sites just days before Election Day after receiving complaints from residents on the Blackfeet Indian Reservation, where a stay-at-home order is currently in effect to combat COVID-19.

Like most Montana counties, Glacier County is conducting a mail-in election. It had planned to offer two ballot drop-off sites as well: one at the courthouse in Cut Bank (just east of the reservation’s boundary) and another at the county satellite office in Browning. The plan was backed by the Glacier County Commission and approved by the secretary of state in August.

But that was before the Blackfeet Tribal Business Council issued a stay-at-home order in late September to prevent social gatherings where the coronavirus was spreading. On Thursday, there were 84 active COVID-19 cases on the reservation. Since March, there have been more than 900 cases of COVID-19 on the Blackfeet Reservation, and 17 tribal members have died. Anyone found in violation of the stay-at-home order, which prohibits non-essential travel and gatherings that include people other than residents of a household, can be fined up to $500.

Starting in mid-October, a number of tribal members began to email the Glacier County Commissioners asking that additional ballot drop-off sites be set up on the reservation. During a normal year, Glacier County has multiple polling sites in Cut Bank and Browning, as well as in outlying communities like Babb, East Glacier Park and Blackfoot. For the June primary, the county conducted an all-mail election and paid the return postage of every ballot. The county also offered two ballot drop-off sites, one in Browning and another in Cut Bank.

Glacier County Election Administrator Mandi Bird Kennerly said the county planned to do the same for the November general election until it started receiving complaints about the limited number of drop-off sites in light of the travel restrictions. Not long after, rumors began to spread that the county government was purposely limiting drop-off sites. On Oct. 23, the county commission directed Kennerly to open additional ballot drop-off sites on the reservation. In the email directing Kennerly to do that, Commissioner Michael DesRosier wrote that it would be worthwhile “even if we only get one vote dropped in each place.

There has been some talk that we could be suppressing the vote [if] we don’t do more,” DesRosier wrote. “I don’t want to be answering anyone about why we didn’t do anything extra.

Earlier this week, the election staff started planning additional drop-off sites. But on Oct. 28, the Blackfeet COVID-19 Incident Command posted on Facebook that county administrators were “denying placement” of ballot drop boxes, briefly sparking outrage online. On Thursday, Kennerly said there had been a miscommunication with the tribe about when the new sites would be open. She also said it had taken time to hire the six temporary employees needed to run the sites and outfit them with personal protective equipment. The two new sites opened Thursday, Oct. 29.

Blackfeet Reservation residents can drop off ballots at the following county sites:

—Inside the Glacier County Satellite Office, 12 Starr School Road, Browning, from 8 a.m. to 5 p.m. on weekdays, or in a heated trailer outside the office from 8 a.m. to 8 p.m. weekdays.