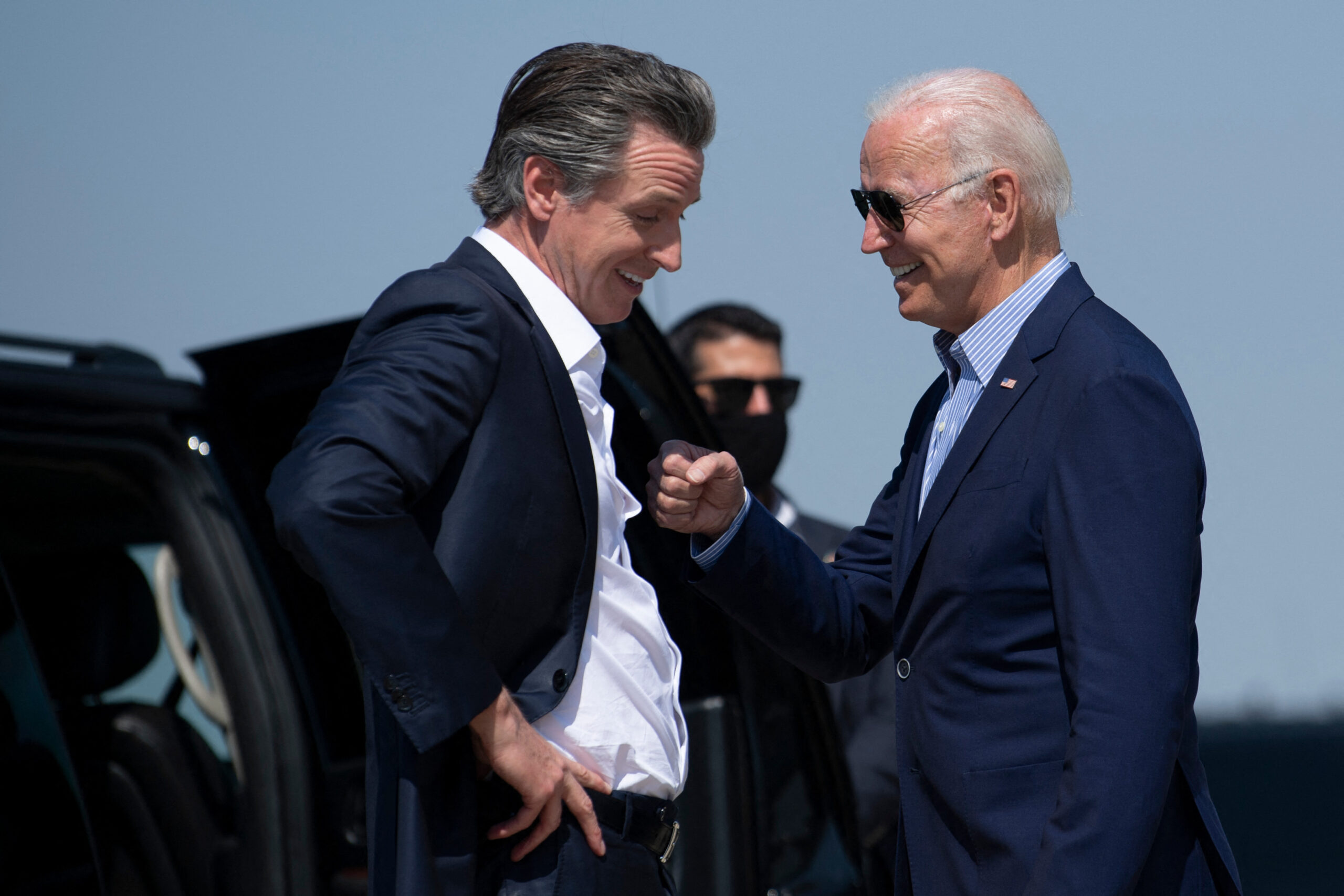 Biden stumps for Newsom in final hours before recall election

President Joe Biden took a day to survey California’s wildfires and rile up voters in hopes of sparing Gov. Gavin Newsom from being recalled.

Biden landed in Sacramento early Monday afternoon. After a briefing on the state’s wildfires, he flew in Marine One over the still-burning Caldor Fire in El Dorado County near Lake Tahoe.

According to INCIWEB, the fire has burned nearly 220,000 acres and is 67% contained.

“Homes, precious memories destroyed, air quality degraded, the local economy stopped in its tracks and nearly 200 people in the area forced to live in shelters,” Biden lsaid of the fires, praising the efforts of federal, state and local firefighters and touting the increased federal response.

Biden later flew to Long Beach to fire up Newsom’s supporters the day before polls opened for the recall’s in-person voting.

“The eyes of the nation are on California,” Biden said. “The decision you’re about to make … is going to reverberate around the nation.”

Should the majority of voters who cast ballots at the polls or mailed them in select “yes” on the first question of the recall, Newsom would lose his office to the most popular selection on the second question of the ballot: who should replace Newsom. Polling consistently has shown conservative radio host Larry Elder as the favorite to potentially replace Newsom among more than 40 candidates.

“If we fall short, on the other side of this recall is someone who believes there should be no minimum wage,” Newsom said, referring to Elder. “We actually have someone on this ballot that thinks women aren’t as smart as men … thinks minorities complain too much.”

The president is the final appearance in a line of high-profile supporters willing to volunteer their voice in support of Newsom. Vice President and former California Attorney General Kamala Harris stumped for the freshman governor last week. The Newsom campaign unveiled an ad Friday featuring former President Barack Obama speaking on the governor’s behalf. Others who have gotten behind Newsom include progressives such as U.S. Sens. Elizabeth Warren and Bernie Sanders and U.S. Rep. Alexandria Ocasio-Cortez.

The Berkeley Institute of Government Studies and Los Angeles Times released a poll Friday showing 60% of those surveyed said they will vote to retain Newsom, with 39% saying they will vote for his ouster. This is a significant change from polling earlier in the year that showed a gap in likely voters between parties that made that race much tighter.