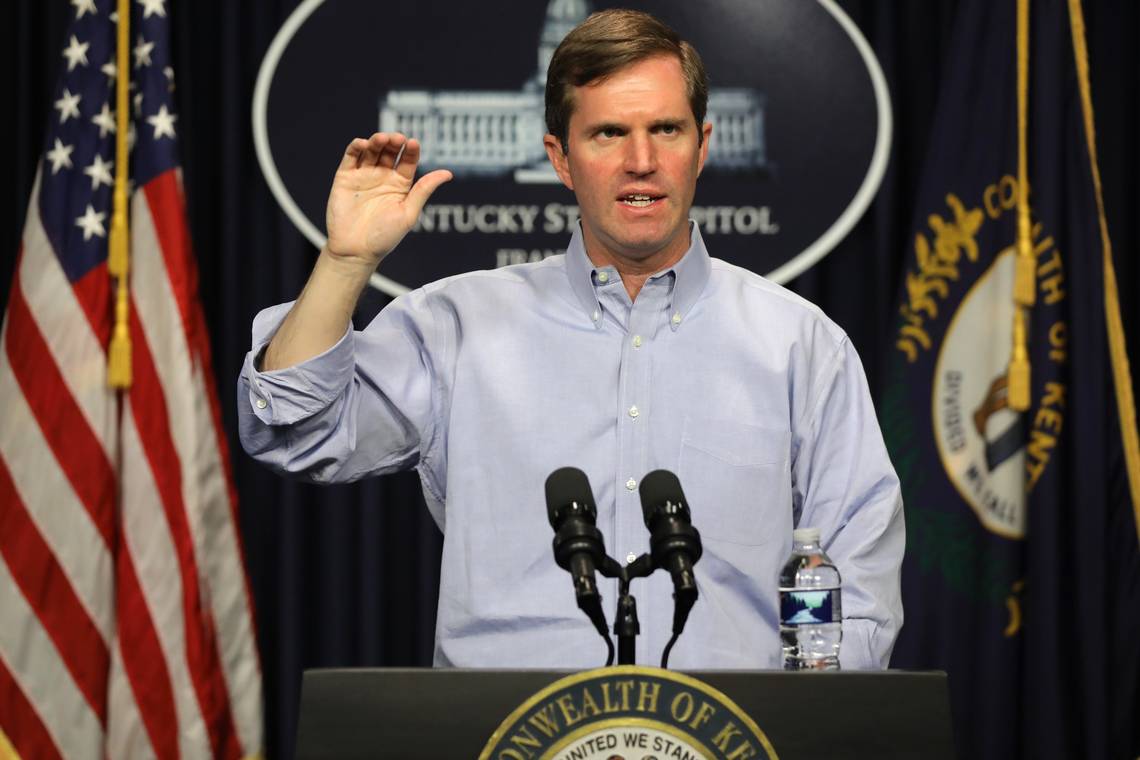 By Steve Bittenbender on October 5, 2021

Kentucky Gov. Andy Beshear made official late last week what nearly everyone expected. The 43-year-old Democrat said he had filed paperwork to seek re-election in 2023.

If there was ever a week for Beshear to make the announcement, last week might have been one of the best times to do it. Last Tuesday, the governor stood with Ford Motor Co. executives announcing the automaker’s decision to build a $5.8 billion lithium-ion battery manufacturing facility in Glendale.

The project, which is slated to create 5,000 jobs, is by far the largest economic development project in the state’s history. The Ford plant is also the cornerstone of what is heralded as the best year for the state in terms of job creation.

“We are looking at decades of prosperity in front of us,” Beshear said in a video posted on his personal Twitter account. “This is a time we’ve all dreamed of, where our destiny is right in front of us to grab. Let’s make sure we do it together.”

Even with the economic development accolades, Beshear will still face a significant challenge to earn a second four-year term. In 2019, he defeated then-Gov. Matt Bevin with 49.2% of the vote, compared to 48.8% for the incumbent.

The 5,136-vote difference ended up being just an average of 1.4 votes per precinct, and Bevin was not a highly popular figure within the Republican Party.

While Democrats hold a slight 64,711 majority out of nearly 3.6 million registered voters in the state, Kentucky has been trending heavily red over the last quarter-century. Bill Clinton in 1996 was the last Democrat to win the state in a presidential election.

In Washington, five of the state’s six congressmen are Republicans, as are both senators. In Frankfort, the GOP holds every other statewide constitutional office, aside from Lt. Gov. Jacqueline Coleman. She ran with Beshear on the 2019 ticket.

Republicans also enjoy supermajorities – 73-25 in the state House (two seats vacant) and 28-9 in the state Senate (one seat vacant) – that have successfully put checks on the governor’s powers. That included reducing his ability to manage emergencies, like the COVID-19 pandemic, for longer than 30 days.

The GOP has also been highly critical of several of Beshear’s policies during the pandemic, which included attempts to close churches at the beginning of the health emergency and seek a mask mandate for schools statewide as the 2021-22 school year began in August.

He’s also faced scrutiny for the state’s unemployment system, which faced significant challenges in handling a massive spike in claims thanks to an eligibility expansion created by the federal government at the onset of the crisis. Adding to it was the fact that thousands of individuals said their claims were not being processed.

“From massively mismanaging unemployment insurance to continued executive overreach – while refusing to work collaboratively with legislative leaders and constitutional officers and much more, Kentuckians deserve a better way than what the Beshear Administration has to offer,” said Republican Party of Kentucky Chairman Mac Brown said in a statement Friday. “Kentucky Republicans look forward to working hard on behalf of our nominee in 2023 to win back the governor’s office and get the commonwealth back on track.”

For now, it stands to be a wide-open race for the right to challenge Beshear.

In July, state Auditor Mike Harmon announced his candidacy for the Republican nomination in the gubernatorial race. He said he announced early to start fundraising and build a campaign team.

Others are expected to enter as well. There have been inklings that state Agriculture Commissioner Ryan Quarles and Kelly Craft, who served as ambassador to Canada and the United Nations under President Trump, may seek the GOP bid.

Beshear is the son of former Gov. Steve Beshear, a longtime Kentucky politician who served as the state’s top executive from 2007 to 2015. Before he won the governor’s race two years ago, Andy Beshear served a term as the state’s attorney general. That race was a close one as well, as he defeated Republican state Sen. Whitney Westerfield by just 2,194 votes out of 957,664 cast.