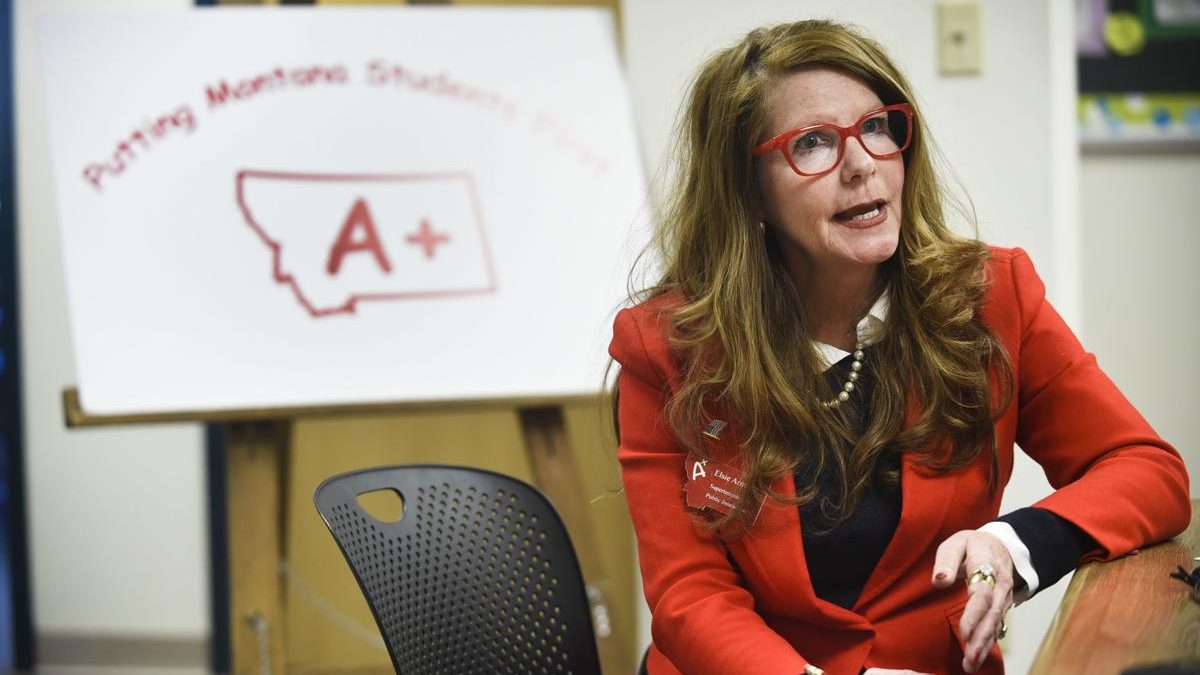 I am incredibly humbled that Montanans have entrusted me with another four years,” Arntzen wrote on Facebook. “I look forward to continuing to work hard and putting Montana students and families first.

In a post to her campaign’s Facebook page at 1 p.m. Wednesday, Arntzen thanked supporters for granting her another term as head of the Office of Public Instruction.

“I am incredibly humbled that Montanans have entrusted me with another four years,” Arntzen wrote. “I look forward to continuing to work hard and putting Montana students and families first.”

Romano called Arntzen around 8:15 a.m. Wednesday to concede the race, and left a voicemail message for the incumbent. According to Romano’s campaign, Arntzen later responded via text. In an emailed statement to Montana Free Press, Romano summed up the race and thanked her supporters.

“I first want to extend a huge thanks to everyone who believed in this campaign — many of you have been with us for the last five years, and your support means the world to me,” Romano said. “This campaign was about giving a voice to Montana families who believe in quality public education. I am so proud of what we were able to accomplish. Montanans are demanding more of my opponent, and I hope she takes our message to heart.”

Arntzen was born and raised in Billings, and went on to work as a teacher in the same elementary school she’d attended as a student. She earned a degree in economics from the University of Montana, and later earned an education degree from Montana State University. Arntzen was elected to the state House in 2004, where she served four terms representing the Billings area before being elected to a term in the state Senate in 2012. During her final two sessions, Arntzen held a position on the Senate Education and Cultural Resources Committee.

Arntzen’s victory came despite a dramatic fundraising discrepancy between herself and Romano. Arntzen raised $204,528 during the campaign, with 95% of individual contributions coming from in-state donors, and spent $186,168. Romano raised $489,799 and spent $432,036.

Tuesday brought an end to months of heated campaigning by the two rivals, who first squared off for the office four years ago. Arnzten won that contest by 16,200 votes, and Arntzen’s subsequent first term became the primary attack point for her opponent as Romano leveled accusations of failing leadership and critical staff losses at the incumbent. Similar accusations were made by former OPI employees and the Montana Federal of Public Employees. An attempt by Montana Free Press to determine the validity of those claims through public documents met with unexplained delays last month, as did an attempt by the Montana Democratic Party.

During a debate in late August, Arntzen countered the attacks by asking Romano directly, “Why are you a schoolyard bully?”
Outside of the bitter back-and-forth, Arntzen’s campaign focused heavily on progress she’d made in her first term to reduce bureaucracy and promote choice in Montana’s education system. On the latter issue, Arntzen has long been a defender of tapping state tax revenue to aid private schools, a stance that led to criticism last month over her handling of federal coronavirus relief dollars. She also vowed to continue opposing overregulation of education by state and federal government. With Republican lawmakers now identifying school choice as a key interest in the 2021 Montana Legislature, Arntzen will have an opportunity to pursue one of the primary components of her campaign platform.