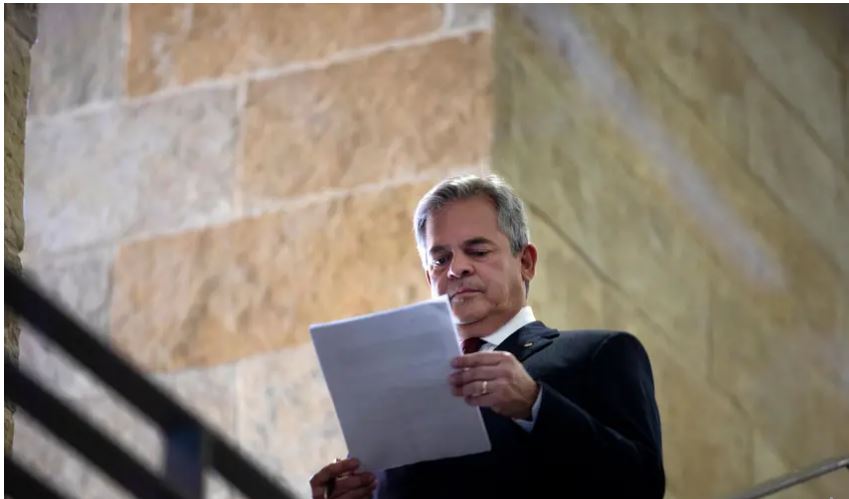 Austin Mayor Steve Adler got a dose of that nasty medicine this week, when Tony Plohetski — a reporter for KVUE-TV and the Austin American-Statesman — revealed that the mayor was in Cabo San Lucas when he took to Facebook in early November to send a stay-at-home message to his constituents.

That would be a contender for the Gavin Newsom Leadership Award, if such a prize existed. Newsom, the governor of California, demonstrated his tin ear by dining indoors at one of the country’s fanciest restaurants at the same time he was telling his constituents to avoid such gatherings.

Big public mistakes of the “do what I say, not what I do” variety are always embarrassing. It’s worse when mayors, governors and other big shots are using their bully pulpits to get people to suspend their lives and their livelihoods to try to subdue a spreading pandemic.

“Stay at home” just works better when it’s coming from somebody who’s staying at home. Going to a Mexican resort for a daughter’s wedding party, as Adler said he did, and getting there in a private jet, adds a Gilded Age aroma to the story. For the mayor, who is also a donor and former board chair of The Texas Tribune, it’s a touch of class of the wrong variety, like slipping past the velvet rope outside a fancy restaurant or nightclub while the less privileged wait in line.

“For the record, I spent Thanksgiving inside my house in Dallas with my wife and our two kids, with whom I live year-round. Just in case any of you were wondering!” Dallas Mayor Eric Johnson tweeted after Adler’s vacation came to light.

Taking potshots at elitist officeholders has always been a national sport, whether it’s Adler in Mexico, Newsom at The French Laundry in the Napa Valley, President Donald Trump at one of his own golf courses or Nancy Pelosi showing off the ice cream collection in her restaurant-sized home freezer.

It can also set you back in a real way, making whatever you’re trying to do that much harder. Adler’s official response was an explanation of how his trip and the small wedding that preceded it were not violations of either the city’s or the state’s pandemic policies. It was a head-slapper just the same.

Austin is a favored foil for state politicians in Texas — particularly for Republicans who’ve turned the city’s liberal politics into a standard feature of their speeches. State officials from the governor on down have been critical of changes to the city’s “camping ordinance” that had the effect of relocating people who are homeless to more visible places downtown and under some of the city’s freeway overpasses.

That bickering has taken a turn after demonstrations for racial justice and against police violence in recent months, as Republicans seized upon a protest slogan — “defund the police” — as an attack on law enforcement. Earlier this year, Austin’s City Council rearranged its budget, moving some duties and money from its police budget. Gov. Greg Abbott has threatened to put the state in control, most recently this week, when he told supporters on a conference call that he’s considering putting state police in charge of law enforcement in central Austin.

Debates like those get simplified as debates between the principals — Abbott and Adler. Now, one of them has to also work on his credibility with the people who elected him — the people he was telling that staying at home was one of the best ways to avoid being exposed to the coronavirus.

It’s one of the best ways to avoid exposure to other things, too.

Disclosure: Steve Adler, a former Texas Tribune board chair, has been a financial supporter of the Tribune, a nonprofit, nonpartisan news organization that is funded in part by donations from members, foundations and corporate sponsors. Financial supporters play no role in the Tribune’s journalism. Find a complete list of them here.

This article originally appeared in The Texas Tribune at https://www.texastribune.org/2020/12/04/austin-mayor-steve-adler/.