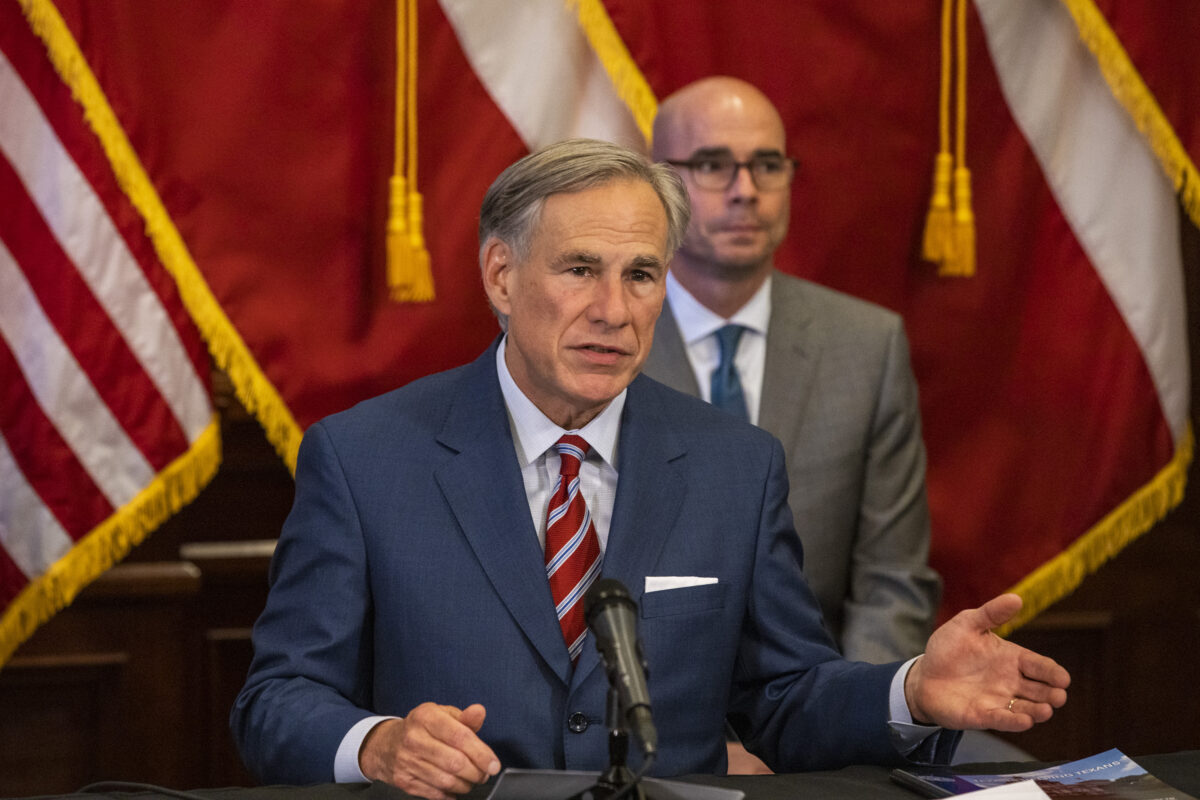 Allocating $16 billion in coronavirus relief funds will be part of special legislative session in the fall, Gov. Greg Abbott says

Gov. Greg Abbott told lawmakers Thursday evening that he would place the allocation of nearly $16 billion in federal funds for COVID-19 recovery on their plate during a special session in the fall.

Abbott already planned to call a special session later in the year for the Legislature to do its decennial redrawing of Texas political maps, which was delayed because of the Trump administration’s handling of the census. But the allocation of the federal COVID-19 relief funds adds another item to their to-do list and allows the Legislature to participate in the administration of those funds.

House members were notified of the plan in an email Thursday evening. In a statement to The Texas Tribune, Abbott congratulated lawmakers for crafting a “conservative and balanced budget that will secure a more prosperous future for Texas” that keeps “government spending under control.”

“As everybody knows, I will be calling a special session for redistricting in the fall, and have committed to Lt. Governor [Dan] Patrick, Speaker [Dade] Phelan, Chairs [Jane] Nelson and [Greg] Bonnen, and Vice Chairs [Eddie] Lucio and [Mary] Gonzalez that I will place the allocation of the nearly $16 billion in Coronavirus State Fiscal Recovery Relief federal funds on the same special call so the entire legislature can participate in the allocation process in a way that best serves all Texans,” the statement said.

Lawmakers from both the left and the right had criticized Abbott’s hold over federal coronavirus relief funds while the Legislature was not in session.

In their version of the $250 billion budget, House lawmakers had added a key provision to rein in the governor’s spending power and ensure that the Legislature would participate in decisions over how to spend federal relief money. An amendment by Rep. Geanie Morrison, R-Victoria, which would have barred spending any federal relief funds without the approval of the Legislature, was approved 147-0.

But in a conference committee to reconcile the differences between the House and Senate versions of the budget, that amendment had was stripped, leading to grumblings from House lawmakers about forcing a potential special session. The only bill the Legislature is legally obligated to pass every two years is the budget.

“The Morrison amendment, voted unanimously out of the house, allowing the entire legislature to decide how federal stimulus money would be used through out the state was stripped in the budget reconciliation with the Senate,” Rep. Lyle Larson, R-San Antonio, wrote on Twitter. “The disrespect shown will put us in a special session.”

By announcing that legislators will have some power over nearly $16 billion in federal relief funds in the fall, Abbott could stave off criticism that he is consolidating spending power in his office, in contradiction to the state constitution’s mandate that the legislative branch control the state’s purse.

But outside of that chunk of federal money, Abbott will still have the power to spend billions of dollars in unspent federal aid between now and a special session in the fall.

This article was originally posted on Allocating $16 billion in coronavirus relief funds will be part of special legislative session in the fall, Gov. Greg Abbott says