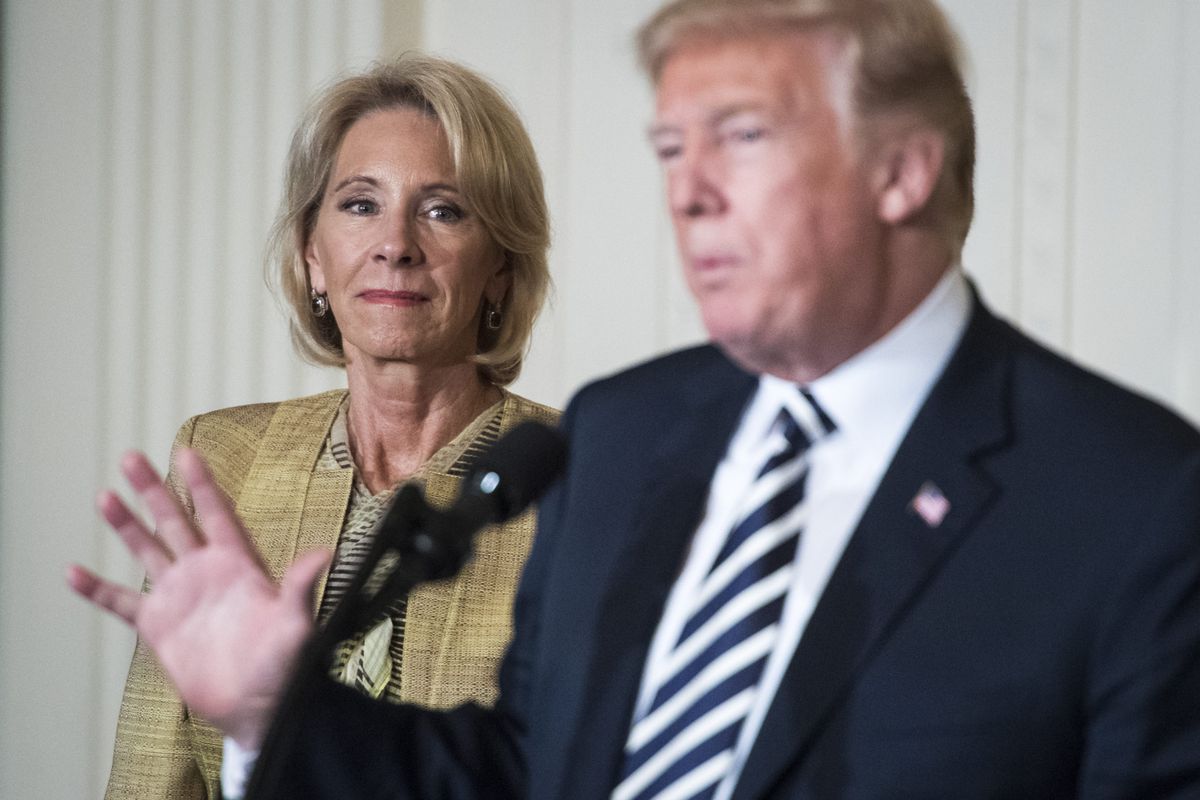 All states can cancel standardized tests this year, Trump and DeVos say

Schools will not have to administer federally required tests this year, President Trump and the U.S. Department of Education announced Friday — an unprecedented but unsurprising move in the wake of widespread school closures due to the new coronavirus.

The education department said that, “upon proper request,” it would grant a waiver to any state not able to assess students because schools are closed due to concerns about the new coronavirus. The department directed states to fill out a “streamlined” application form on its website.

In the meantime, the department said states may cancel any scheduled standardized tests for this school year. States that receive a testing waiver could also receive permission not to use standardizing testing data in future school accountability ratings.

The move came as advocacy groups pushed the department to give blanket authority for states to cancel testing; a number had already done so without the federal go-ahead. The department had already indicated that schools that were closed during testing time could get a waiver.

“I think probably a lot of the students will be extremely happy,” President Trump said at a Friday news conference. “Some probably not. The ones who work hard, probably not.”

Some quickly applauded the move. “State chiefs strongly believe in the importance of assessments and accountability but now is the time to focus first on the safety and well-being of all students as educators assist them in weathering and recovering from this national emergency,” said Carissa Moffat Miller, head of the Council of Chief State School Officers.

On the other hand, another coalition of groups warned against the type of guidance the department just issued in a statement Friday morning.

“As the coronavirus pandemic evolves on a daily basis, it would be premature to issue blanket national waivers from core components of the law. Thus, case-by-case consideration of each state’s needs is, at this time, most appropriate,” said a letter signed by leaders of six organizations, including John King, the former secretary of education and head of the Education Trust.

The department said it would continue to work with local and state officials “to identify any additional needed flexibilities.”

The article was published at All states can cancel standardized tests this year, Trump and DeVos say