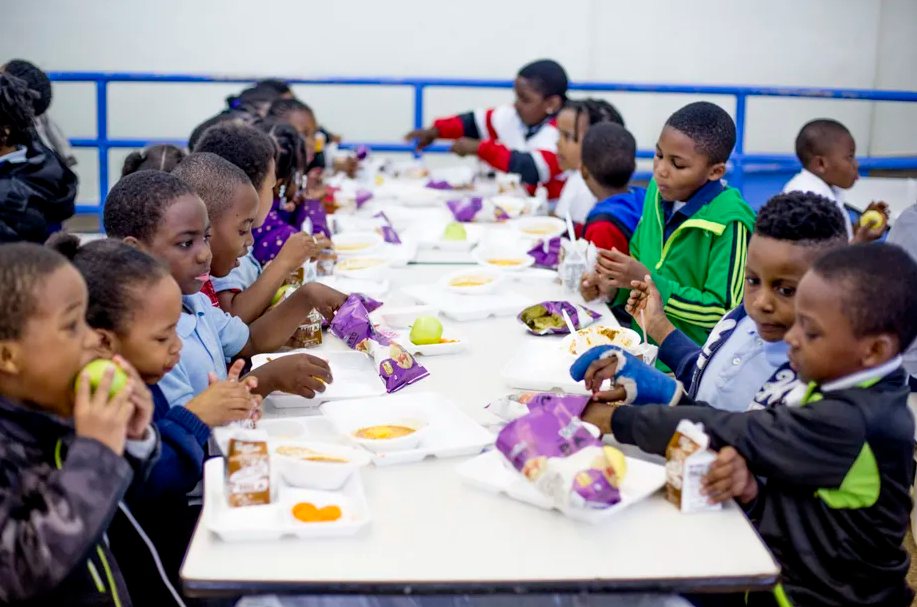 The report, from Washington D.C.-based think tank Urban Institute, used New York City students’ responses to annual surveys as well as school meal participation data from the city’s education department to investigate the impact of free school lunches. While previous research has found that free lunch boosts academic performance, this study was the first of its kind to look at its impact on school climate, or students’ perceptions of their learning environment.

Researchers found that all students, regardless of poverty status, reported improved perceptions of bullying, fighting and safety outside of school after free lunch was implemented.

“Universal free meals is sort of talked about as a program that can influence poor and near-poor students,” said Emily Gutierrez, who authored the report. “What I found pleasantly surprising was that it improves the school climate for all students. … it’s sort of this whole school ripple effect.”

Before universal free meals, students would have to identify themselves as free-lunch eligible, creating de facto segregation between those who could pay $1.75 for lunch and those who couldn’t. The study supports advocates’ claims that offering universal free meals reduces the shame and harassment that some low-income students experience when they opt for cafeteria food.

“The cafeteria can play either a very positive role or a negative role in kids’ lives,” said Liz Accles, executive director of Community Food Advocates. “It’s the center of social pressure and a microcosm of all that goes on within a school, so it’s intuitive that if barriers are removed, it makes it a more pleasant place.”

With the staggered introduction of universal free lunch, the Urban Institute was able to compare student survey responses before and after the free meals program was brought to their school.

Researchers measured school climate through middle and high school students’ responses to annual survey questions about bullying, fighting, respect, and safety at their schools. Some questions asked students to assess how frequently bullying and physical fights occur in their schools while others asked how safe they felt inside and outside their schools.

In addition to looking at students’ perceptions of their school environment, Gutierrez’s study analyzed student participation in the lunch program. She found that when lunch is free, more students opt for cafeteria food. This increase holds up even for students who were previously eligible for free lunch because of their poverty level. (Students who were eligible to receive free meals but did not participate before increased their participation rate by more than 21% after universal free meals were adopted.)

National legislation over the past decades has made it easier for school districts like New York City to provide free lunch to all students. As part of the federal Community Eligibility Provision, districts where 40% of students qualify for free meals can be reimbursed for breakfast and lunch. More than 70% of New York City’s nearly 1 million students were eligible for free or reduced-price meals when the new universal meals program launched a few years ago, according to advocates.

During this past school year, when 60% of students were learning from home, all schools offered free meal pick up for families as well as other New Yorkers. Perhaps unsurprisingly,  since buildings shut down, the education department distributed significantly fewer meals:  60% fewer meals to children compared with the year before the pandemic hit, a difference of about 96 million meals, according to state data obtained previously by Chalkbeat. All New York City public school families, regardless of household income, received up to $1,320 in food benefits to help defray the costs of missed school meals during remote learning this past year.

This article was originally posted on Universal lunch may help NYC students view their schools as safer places, a report finds