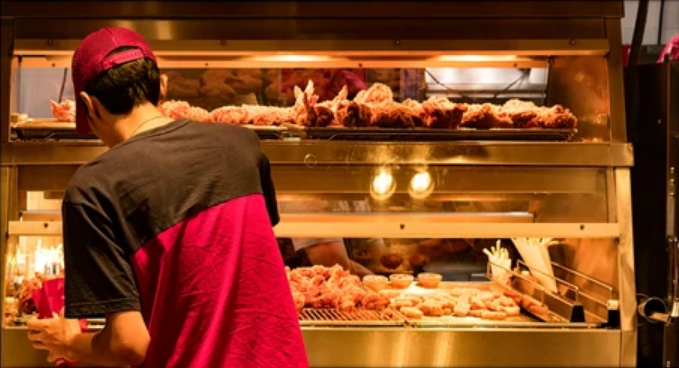 Texas fast-food chain Layne’s Chicken Fingers is offering teenagers the opportunity to earn $50,000 as an attempt to entice workers to seek gainful employment.

After suffering a severe worker shortage for months due to high unemployment payments individuals were receiving from the federal government, companies across the U.S. opted to implement creative approaches to hire new employees, including bonuses and other perks.

Among them, Jimmy John’s Gourmet Sandwiches restaurants is offering signing bonuses; Chipotle Mexican Grill Inc. is offering to pay college tuition to those who work at least 15 hours a week after working four months; and Taco Bell is offering paid family leave to managers, the Wall Street Journal reports.

But the $50,000 salary is a new approach by a fast-food chain – and it’s being launched in Texas.

Layne’s CEO Garrett Reed told FOX Business that its franchise partners start many teen employees on a “learning wage” before moving them to a managerial salary.

“We teach them the ropes of the business, how to put on an apron, how to put on a hat, how to cook toast,” Reed said. “And yes, we have quite a few young people in our organization that have moved up into those higher wage brackets now.”

The learning wage period allows young employees to learn the ropes and show their potential for restaurant leadership. Once they learn more about the franchise, the goal is to prepare them for store ownership, he says.

“I like to tell these kids that they can become a general manager, make really good money, and then the ultimate goal is to let them own their own franchise businesses at some point,” Reed said.

Reed told The Wall Street Journal that an ongoing staff shortage has forced him to train a group of 16 to 17-year-olds to run stores.

June 26 was the last day Texans on unemployment could receive the additional weekly $300 federal supplemental unemployment benefit program. Gov. Greg Abbott ended Texas’ participation in the program in May after the Texas Association of Business and 37 business associations and chambers of commerce asked him to, arguing it was the biggest barrier to filling tens of thousands of job openings. Those receiving the federal payment were making more money by staying home than if they were receiving an income by working, creating a disincentive to work, they found.

“The Texas economy is booming, and employers are hiring in communities throughout the state,” Abbott said when he ended the state’s participation in the program. “According to the Texas Workforce Commission, the number of job openings in Texas is almost identical to the number of Texans who are receiving unemployment benefits. That assessment does not include the voluminous jobs that typically are not listed, like construction and restaurant jobs. In fact, there are nearly 60% more jobs open (and listed) in Texas today than there was in February 2020, the month before the pandemic hit Texas.”

The current job openings in Texas are good-paying jobs, the Texas Workforce Commission says. Nearly 45% of available jobs offer wages greater than $15.50 per hour. Approximately 76% pay more than $11.50 per hour. Only 2% of posted jobs pay around the minimum wage.