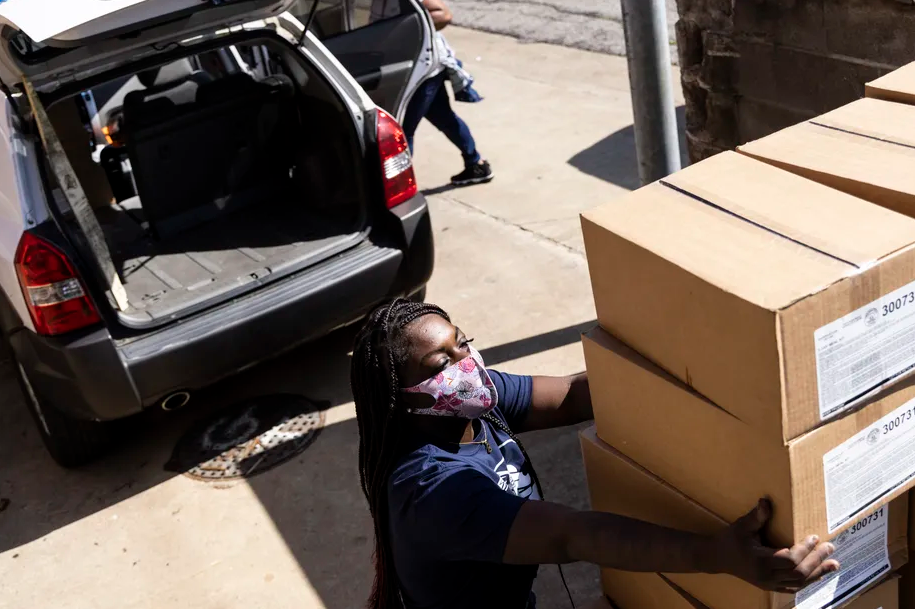 In dozens of Facebook posts and messages to Chalkbeat, some frustrated parents have stated that they have not received the federal aid they anticipated to help cover the cost of lunches for children enrolled in hybrid or virtual learning programs.

This school year, more than 700,000 Tennessee children qualified for Pandemic-EBT, or P-EBT aid, federal assistance to parents and caregivers to cover the cost of meals for students learning from home. Because every student in Shelby County Schools receives free lunch, every enrolled student was eligible for the program until school cafeterias and buildings reopened in March.

Families eligible for free lunch under the National School Lunch Program received between $51.15 and $122.76 a month per child depending on the child’s enrollment status.

The Tennessee Department of Human Services, which administers the aid locally, coordinated with local school districts to determine family eligibility.

“When we receive parent inquiries, we work with the local school districts to determine the student’s eligibility and issue benefits, if appropriate,” said department spokesperson Devin Stone in an email.

“We have also confirmed with Shelby County Schools that some students returned to in-person learning in March and were not included in the virtual roster,” Stone added.

He encouraged parents and caregivers wishing to ask questions or file an appeal regarding missing money to visit the state’s P-EBT Parent Portal or call the P-EBT hotline at 833-496-0661.

While the appeal process can take up to 180 days, Stone said that there is currently no backlog of appeals.

A spokesperson for Shelby County Schools said that district employees have provided all the necessary information to the state to ensure that eligible students received their funding.

Students in Metro Nashville Public Schools returned to the classroom in February, also leading to a switch in eligibility for thousands of Nashville students.

In a Facebook message posted on June 9, the state Human Services Department acknowledged delays and issues.

It stated, “We’re happy to announce that the problems with the February P-EBT file we received from Metro Nashville Public Schools have been resolved and parents who’ve been waiting for these benefits to load on their cards should receive them by the end of the week. We appreciate the patience of every family during this delay as our department and the school district worked together to fix the issue.”

A representative from Metro Nashville Schools was not immediately available for comment.

The P-EBT program has been a “godsend” for some Tennessee families during the pandemic, said Signe Anderson, director of nutrition advocacy for the Tennessee Justice Center, an advocacy group that helps families receive food and healthcare assistance.

According to the Center, food insecurity for Tennessee families with children has increased 31% during the pandemic.

“Even for us who have been in this work and know that food insecurity exists, the need has been incredible,” added Anderson. “The repercussions of the pandemic are going to impact families for a long time.”

Employees with Metro Nashville public schools are also distributing free food boxes this summer and the dates and locations are available on the district’s website.

Also, later this summer, Tennessee families eligible for the P-EBT program will receive $375 per child to cover summer meals.

A spokesperson for the department stated that the state’s summer P-EBT plan was approved on Tuesday. He added that currently there is no date for when the benefits will be distributed to P-EBT cards but that state officials “hope to announce that soon.”