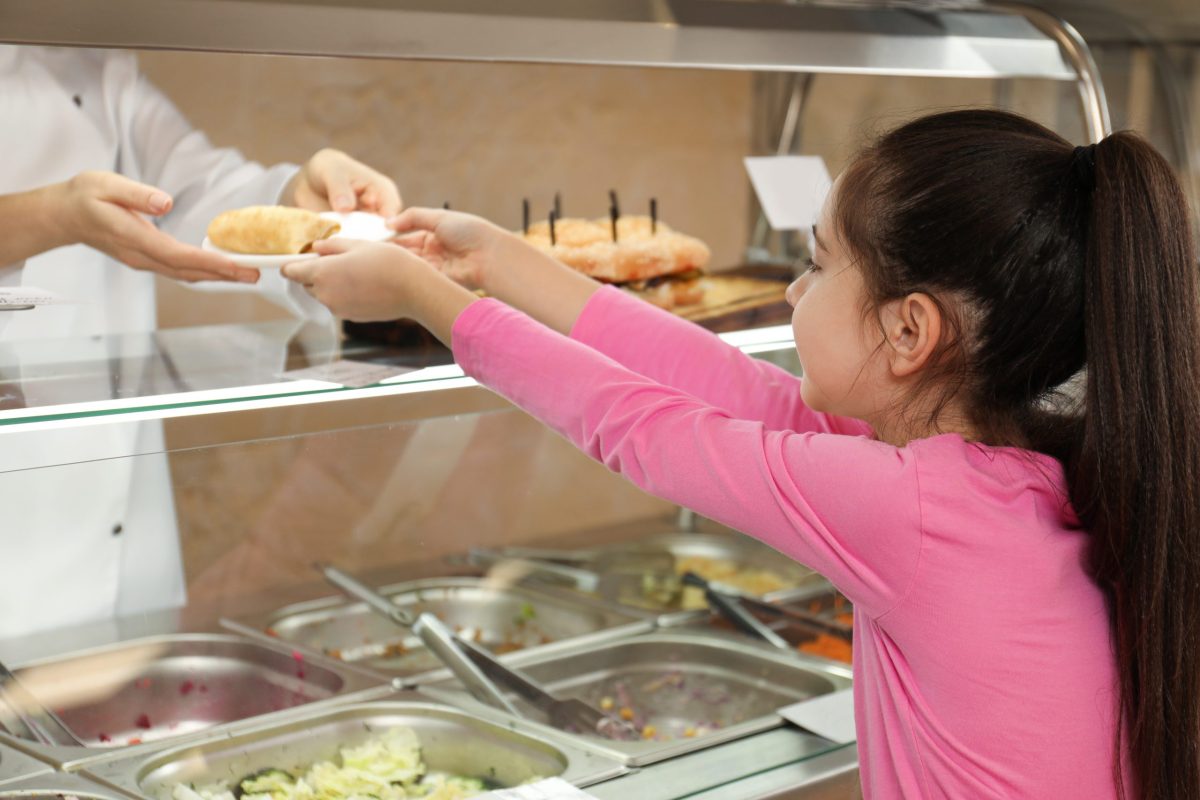 Tammy Wham can’t get her hands on canned corn or whole grain muffins. Both are staples in the public school kitchen in Ennis, where Wham serves as kitchen manager — or, she quips, “head lunch lady.” Wham and her staff serve breakfast and lunch to roughly 340 K-12 students daily, but numerous menu items and ingredients have become difficult or impossible to acquire this fall due to national food shortages and supply chain complications.

“I’ve been here since 2001,” said Wham, who also serves as president of the Montana School Nutrition Association. “This is like the hardest school year I’ve ever had. It’s kind of a bummer.”

The same situation is playing out in school lunchrooms across Montana. Some kitchens have experienced challenges sourcing chicken products or pork, while others have seen milk prices skyrocket. Even plates and utensils are costing more or are in maddeningly short supply. Those shortages are occurring among major food distributors such as Sysco and US Foods, which supply restaurants and hospitals in addition to schools, and are experiencing workforce issues in their own warehouses and trucking fleets. It’s happening throughout the country, leaving school food service leaders scrambling to modify menus, find substitute ingredients or source supplies locally, all in the name of keeping students fed.

Radke has watched online as ingredients she’s trying to secure from a distributor sell out before she’s able to complete an order, prompting a rush to research and order substitutes. Those last-minute substitutions on school menus have also required her to keep a close watch on students with food-based health issues like diabetes or gluten intolerance, and contact parents or a school nurse to alert them of the change.

“My menu is done a month in advance,” Radke said. “So [now parents] can’t count on what it says. It makes for a lot more coordination, a lot more communication.”

In her more than 30 years in school food service, 12 of them in Sidney, Radke said, she’s never experienced anything like the current situation. Radke added that the cost of even basic lunchroom supplies has increased at an alarming rate. Last month, a box of three dozen metal forks she used to pay $6 for cost $18, and was only available by special order.

Similar problems in Missoula have complicated the school district’s ongoing efforts to reduce waste. Superintendent Rob Watson said Missoula County Public Schools were unable to get paper plates and compostable flatware from distributors this fall, prompting a switch back to plastic utensils. At Billings Public Schools, Child Nutrition Director Sid Taylor explained that middle and high school lunchrooms across the district have had to get creative with how they dish out lunch items, using paper “boats” in lieu of the paper trays that are now in short supply.

Billings has even had to eliminate some menu items entirely. Yogurt parfait was a popular menu choice in the district’s elementary schools, Taylor said. But making it requires bulk yogurt, which Sysco has been unable to supply. Spicy chicken sandwiches are a similarly in-demand item among middle school students, but the pre-spiced chicken patties are, again, hard to come by due to staffing issues at the food processing giant Tyson Foods. School staff have attempted to make up for the shortage by dosing regular chicken patties with spice, Taylor said, but “it’s not the same.”

“On average, we serve about 12,000 meals a day,” Taylor said. “So, you know, when we’re shorted on something, it really does have an impact.”

Some smaller districts have managed to find local work-arounds to fill in supply gaps. At Greenfield Elementary outside Fairfield, Food Service Director Haven Murphy said she’s been able to make up for shortages with an occasional run to the local grocery store or to Sam’s Club in Great Falls. With the current scarcity of whole grain wheat products, she added, she’s sought out whole grain flour at Wheat Montana. Murphy’s ability to utilize those stopgaps is due entirely to Greenfield’s small size — 80 students overall, plus six to nine staff who also eat school meals. Watson and Taylor said that in larger districts like theirs, the sheer volume of necessary supplies precludes such alternatives.

Still, Murphy hasn’t escaped the national food service pinch unscathed. French toast sticks, one of the most popular breakfast items among younger students, have all but vanished from the supply chain. And, she said, it’s been two months since she could get canned Mandarin oranges. The situation, for Murphy and others, is compounded by federal nutrition requirements governing school food programs. Murphy said those guidelines, which are designed to ensure that students receive a balanced and nutritious meal, require her to offer both fat-free and 1% milk options, but she’s difficulty at times acquiring one or the other. Fruit juice, too, has become a challenge.

The U.S. Department of Agriculture has tried to alleviate the situation with regulatory adjustments, waiving financial penalties for schools that fail to meet certain nutrition requirements and even increasing the rates at which schools are reimbursed for free meals. In late September he agency also announced a $1.5 billion investment designed to help schools acquire the food supplies necessary to continue providing breakfasts and lunches.

Shortages of spicy chicken, milk and canned corn aren’t the only problems school food programs in Montana and nationally are facing. School kitchens and lunch lines are also suffering from the same labor woes that are triggering the food shortages. Taylor said the number of food service employees in the Billings Public Schools has dropped from roughly 145 to 105 over the past year. As a result, some cafeterias have had to consolidate or completely shut down lines for separate food items like pizza, hamburgers or tacos. Taylor added that due to the staffing shortage, his human resources manager and other administrative staff are now pitching in to prepare meals at various schools in the district.

Watson notes similar problems in Missoula, where the district’s central kitchen supports 16 K-12 schools. There are food service positions open at nearly every one of those schools, Watson said, and the district is trying to incentivize new hires with a $500 sign-on bonus, plus a $100 bonus for any district employee who successfully recruits a new hire. Bozeman Public Schools Superintendent Mike Waterman said his district has also taken to offering such incentives in light of ongoing staff shortages.

“That’s why we had to go to a sack-lunch-only model,” Waterman said. “The district has a beautiful, top-of-the-line central kitchen. Our intention is and always has been to produce home-cooked meals and make the most of those facilities. But unfortunately, we just don’t have people to staff all of our buildings and the central kitchen to make that happen. So we’ve been relegated to prepackaged food in a sack lunch.”

As with the supply shortages, labor issues are impacting rural and urban schools alike. In Sidney, Radke said, her program typically has a staff of 11. With several staff departing soon, including herself, that number will soon be down to six employees covering an average of 1,300 meals per day in four schools.

“I honestly don’t know how this is going to work out,” Radke said.

Despite the challenges, everyone interviewed for this story made it clear that there has yet  to be a day this fall when they were unable to feed students. Nor did they report being so shorted on supplies that they failed to meet the nutritional standards they strive for.

“[Students] are definitely disappointed when they don’t get something that they expect or that they really love, and so it is hard to see that,” Murphy said. “But at the same time, they’re still getting something and it’s still filling their stomachs.”