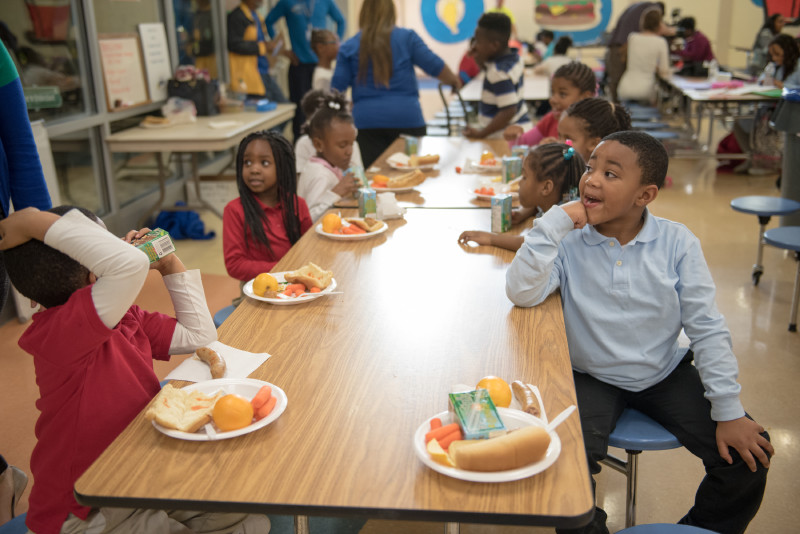 Gov. J.B. Pritzker has signed Senate Bill 805 to implement a program to distribute unused school lunches to needy students, but questions remain about just how the program will be implemented by school districts across the state.

State Rep. LaToya Greenwood, who is a co-sponsor of the legislation, said the program will make sure unused food at the state’s more than 850 school districts goes to those who need it most.

The unused food program will be implemented by local school districts, which are now required to come up with a plan to distribute food to families of students who may not get enough to eat at home.

The program will be a “joint effort between school districts and their local health departments,” Greenwood said.

“The food sharing program will be focussed around needy students and be jointly supported by the school district’s local health departments,” she said.

While many lawmakers and school officials said they are in favor of the idea, some had questions about distribution and other issues.

Deanna Sullivan, director of governmental relations with the Illinois Association of School Boards, said that school districts could run it to problems with distribution. The law could also require extra work for school districts.

“There is no question if there is unused food that it should go to needy students, the thing we are concerned about is the requirement of school districts coming up with their plans and implementation,” Sullivan said.

The legislation comes at a time where many families of students do not have an adequate amount of food at home. According to a report, 9.9% of households in Illinois deal with food insecurity.

The program will be implemented during the 2021-2022 school year.