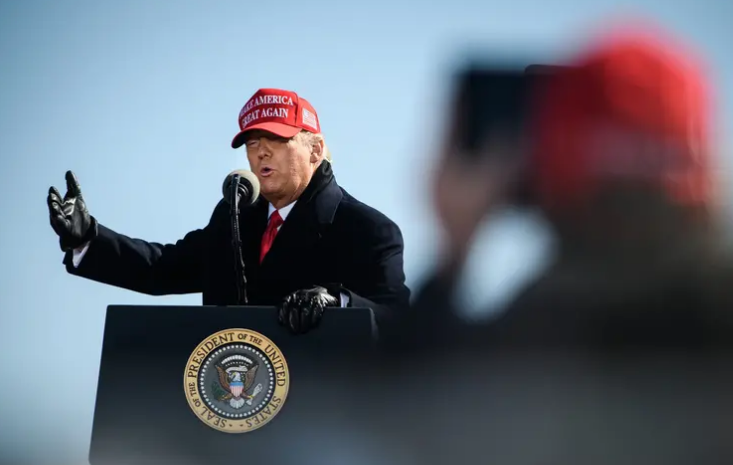 “President Donald Trump defeats Joe Biden in Texas” was first published by The Texas Tribune, a nonprofit, nonpartisan media organization that informs Texans — and engages with them — about public policy, politics, government and statewide issues.

The Republican incumbent was poised to win Texas’ 38 electoral votes — 52% to 46.6%, based on returns from early voting, Decision Desk HQ data showed. Early returns don’t include votes cast on Election Day. Polls have shown that Republicans are more likely to vote in person on Election Day than Democrats.

Trump’s margin over Biden marks the second-closest Texas race for the White House of the last quarter century. In 1996, GOP nominee Bob Dole beat Bill Clinton by 5 points. Trump prevailed over Hillary Clinton in Texas by 9 points in 2016.

While Biden performed well in the state’s metropolitan regions, he struggled to gain steam among Hispanic and Latino voters in the Rio Grande Valley and to overcome Trump’s strength in the rural areas of the state.

Earlier Tuesday, Trump had projected a landslide victory in the Lone Star State. “A lot of people talked about Texas,” he said. “We will have a tremendous victory there.”

During a press conference early Wednesday at the White House, Trump said Gov. Greg Abbott, who is not up for reelection until 2022, called him “to congratulate me on winning Texas.”

Prior to Tuesday, several election prognosticators had argued Texas was a swing state for the first time in decades. The previous two GOP nominees, Mitt Romney and John McCain, won the state by 16 and 12 points, respectively, but various polls over the last month showed Biden narrowly winning the state; others showed Trump up by single-digit margins.

The tight polling in the presidential race had excited the state’s Democrats, buoyed by polls showing Biden with small but durable leads in Texas. A Democratic presidential candidate has not won statewide in Texas since 1976. While few in the party anticipated Biden would win Texas on Tuesday, they expressed hope that a close enough margin could help down-ballot candidates and lay the foundation for future Democratic gains across the state.

But many competitive races in the state House remained in limbo late Tuesday evening. While many freshman Democrats seemed to be edging out their Republican opponents, their gains were offset by GOP candidates in competitive seats who were able to fend off their well-funded Democratic opposition. Texas Democrats need 9 seats to nab the majority in the state House.

Unlike 2016, neither presidential candidate made an all-out play for Texas: Neither Trump nor Biden visited the state before Election Day, and Trump didn’t spend any money on TV ads in the state. Biden had a small on-the-ground presence and sent surrogates to Texas to campaign on his behalf in October. Last week, Biden’s running mate, California U.S. Sen. Kamala Harris, visited McAllen, Houston and Fort Worth; Democratic National Committee Chair Tom Perez completed a statewide swing through Texas on Monday.