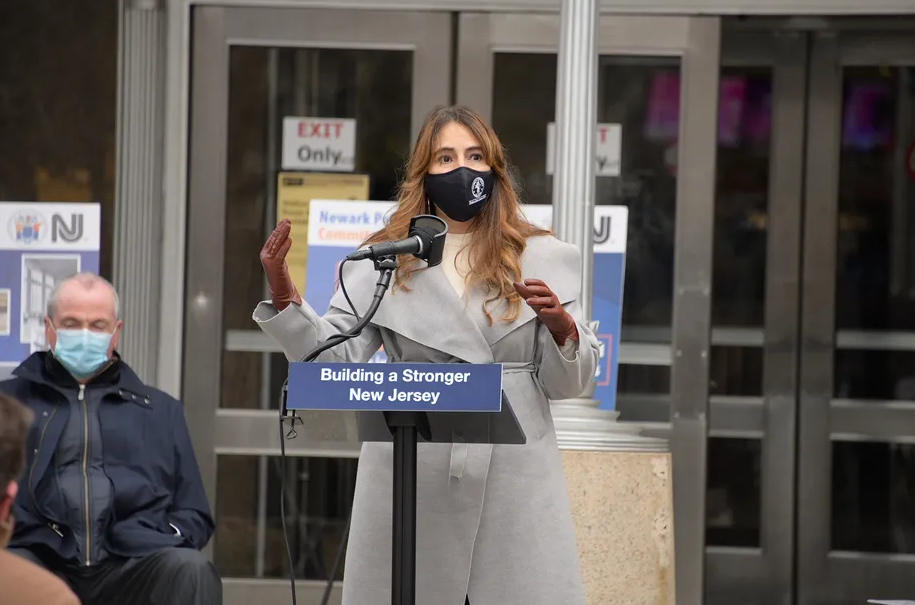 A powerful state senator is demanding to know why New Jersey families have yet to receive emergency food assistance meant to keep children from going hungry during the pandemic.

Sen. M. Teresa Ruiz said Thursday that it is “truly disappointing” that the families of some 840,000 New Jersey children have been kept waiting for months for grocery money intended to make up for school meals that children missed during remote learning. Families were supposed to receive hundreds of dollars per eligible child this school year, but state officials now say families of school-age children won’t receive the money until later this summer.

“As long as the money gets into families’ hands, that’s great,” Ruiz told Chalkbeat, which wrote this week about the long-delayed benefits. “But it is truly, truly disappointing and unfortunate that it didn’t make it inside houses when it was supposed to help during the midst of the crisis.”

Ruiz, a Democrat who chairs the senate education committee, plans to send a letter to state officials Thursday seeking an explanation for the delay.

Congress created the Pandemic Electronic Benefits Transfer program, or P-EBT, to ensure that students who would have received subsidized meals in school had access to food while learning from home. The program began last spring but was extended through the 2020-21 school year and this summer.

Eligible students were due about $123 for each month of this school year when they were learning from home full-time, and about $61 for months when they learned remotely part-time. But as the school year ends, families of children in kindergarten through 12th grade still have not gotten the money — even as an estimated 15% of New Jersey children faced food insecurity this year.

“They should have gotten this funding in the middle of the crisis when it was most needed,” said Ruiz, whose district includes part of Newark, where she said she has seen families lining up at food pantries and distributions throughout the pandemic. “You could clearly see that there was a dire need.”

State agencies across the country have struggled to get the Pandemic-EBT money to families this school year. The delays stemmed from shifting federal guidance and the complexity of determining student eligibility, which required tracking how many days each student learned remotely in a given month.

But some states also were slow to come up with plans for tracking eligibility and distributing the benefits. New Jersey did not submit an initial plan to the federal government until March; after state officials made required revisions, the plan received final approval April 19.

Because of New Jersey’s late start launching the program, the state’s more than 600 school districts are still submitting student data from October to June that is needed to determine how much money eligible families should receive. The state has said it will issue the benefits this summer, but has not given an exact timeline.

“Human Services does not have student information,” said spokesman Tom Hester, adding that the agency is working with districts now to obtain the data. “This process is being done as quickly as possible.”

Ruiz, who said she learned some families still have not received the benefits only after reading Chalkbeat’s coverage, said the state agency must explain why it’s taken so long to gather eligibility data and issue the money.

She acknowledged that many state agencies did not have the capacity to keep up with the overwhelming demand for services during the pandemic or to administer new benefits such as P-EBT. However, she said the agencies should have been more open about those challenges and, if necessary, sought help from private contractors to speed up the administrative process.

“No department was staffed up to deal with this pandemic,” she said. “There’s a lot of federal money that would help us get any vendor” to assist those agencies, she added — but they first had to ask for help.

Hester said that, in addition to providing about $116 million in P-EBT benefits to the families of children under 6 this month, the human services department has also issued nearly $770 million in extra food assistance since the pandemic began.

At a press conference Tuesday announcing new relief money for small businesses, Gov. Phil Murphy was asked about the Pandemic-EBT program’s slow rollout. He said that state agencies have worked hard to distribute an unprecedented amount of federal aid, some of which has yet to be given out.

“We still have a lot of money to put on the street,” he said. “You just can’t sort of turn on a dime.”

This article was originally posted on N.J. lawmaker asks why families are still waiting for pandemic food money