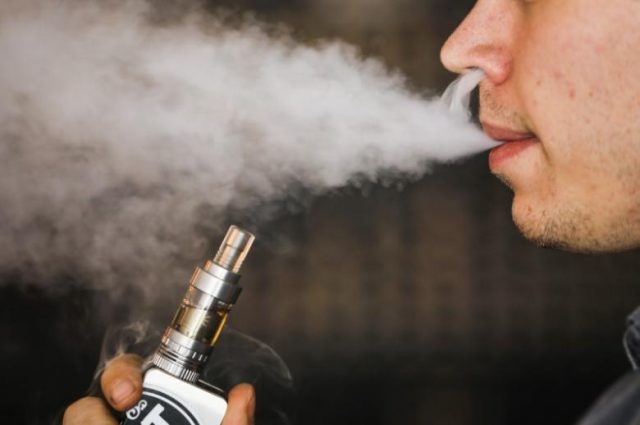 Maine could become the latest state to ban the sale of all flavored tobacco and vaping products, including menthol cigarettes, flavored cigars and dips.

A proposal being considered by the Legislature’s Health and Human Services Committee, would prohibit Maine retailers from “selling, distributing, or offering to sell and distribute” flavored tobacco products – including mint and menthol – as well as flavored e-cigarettes. Violators could face fines ranging from $1,000 to 5,000 for multiple violations.

Public health advocates are pushing for the restrictions amid concerns that a new generation of teenagers is getting hooked on tobacco products and e-cigarettes with flavors such as bubble gum, grape and mango.

“Flavors are a marketing weapon used by tobacco manufacturers to target youth and young people to a lifetime of addiction,” Hilary Schneider, regional director of government relations for the American Cancer Society Cancer Action Network, said in recent testimony on the bill. “Altering tobacco product ingredients and design, like adding flavors, can improve the ease of use of a product by masking harsh effects, facilitating nicotine uptake, and increasing a product’s overall appeal.”

But vaping industry groups say the restrictions will actually jeopardize public health by driving nicotine users to unsafe, unregulated markets, if they don’t send them back to smoking traditional cigarettes. They argue that vaping products are helping adults kick cigarettes.

The retail industry also opposes the changes, saying a ban will hurt business recovering from the pandemic, fuel black market sales, and drive consumers to other states where the products are legal.

Jon Shaer, executive director of the New England Convenience Store and Energy Marketers Association, called the proposal an “ill-conceived policy that is doomed to result in a public health, public safety and financial disaster for the state, the people it seeks to protect and more than 1,000 businesses throughout the state.”

“Simply put, it may be well-intended, but is a damaging, dangerous, consequence-riddled policy in reality,” he told the panel.

Shear said aside from the impact to retailers, the state would be forfeiting an estimated $120 million a year in economic activity that the products generate.

Anti-smoking advocates point out that lost tax revenue pales by comparison to the medical and societal costs of addiction.

However, some of the lost revenue could be recouped by a provision tucked into Gov. Janet Mills’ updated budget proposal, released last week, which calls for diverting $32 million in federal pandemic relief funds to account for the anticipated loss to state tax coffers from banning the products.

Supporters and opponents of the proposal are expected to pour huge sums of money into lobbying lawmakers on the issue as it moves through the legislative process.

Tobacco giant R.J. Reynolds, which sent a family doctor to testify in opposition to the proposal, set up a website encouraging Mainers to contact their legislators to tell them to vote “no” on the proposed ban.

“Adult tobacco users have already been demonized enough and don’t deserve to keep being punished,” the company wrote in a sample letter meant for lawmakers. “Telling adults what they can and can’t do isn’t what Maine is about.”

The sample letter also suggests that “a better solution” to banning tobacco products is to encourage users to switch to smokeless vaping products, “that may help reduce the health risks of cigarettes.”

The sale of menthol cigarettes also has racial overtones, with social justice groups accusing tobacco companies of intentionally marketing the products to minorities.

Last year, the Food and Drug Administration banned most flavored, single-use e-cigarettes for youth, but adults are still able to purchase vaping devices with flavors.

This article was originally posted on Maine weighs ban on flavored cigarettes, vapes