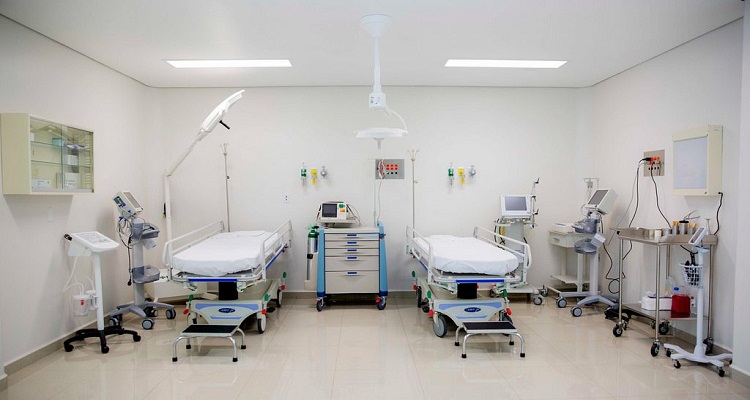 The growing number of COVID-19 cases and the strain on hospitals is a concern in New Mexico, with crisis standards of care likely to come in a week.

So much so that currently there are currently fifty people on a waitlist to find an ICU bed, Acting Department of Health Secretary Dr. David Scrase said in a press conference on Wednesday.

“It’s a completely new phenomenon,” Scrase said, who also said those on the waiting list are very sick individuals who need to be in the ICU.

“It’s now. It’s temporary and I think it’s well-meaning people trying not to close off all hope, but it’s moving slowly,” Scrase said. “You don’t take a lot of people off a waiting list when all your beds are full. And that’s the problem.”

While COVID-19-related hospitalizations are nowhere near the levels that they were last year, the state already had more people who were hospitalized for other reasons than last year, partially because of people delaying care during the pandemic.

Modeling by Presbyterian Healthcare Services showed that things will only get worse in the coming weeks, with “another about 20 percent increase, 30 percent increase in hospitalizations just from several days ago,” Scrase said.

The vast majority of those who are hospitalized for COVID-19 are unvaccinated.

State Epidemiologist Dr. Christine Ross unveiled data that showed 87.7 percent of the hospitalizations in the four weeks previous to August 23 were among those who were unvaccinated. This is with 76.4 percent of the total confirmed cases in the same time period among unvaccinated individuals.

“The majority of the burden of hospitalizations and deaths and also cases are among persons who are unvaccinated,” Ross said.

The hospital bed capacity is not about physical space, but rather about the lack of staff for the beds.

Scrase said that the state reached out to FEMA to help fund efforts to get more travel nurses to relocate to New Mexico.

“At the same time, though, there aren’t a lot of unemployed traveler nurses in the United States, because of the incredible crush on hospitals in every state,” Scrase said. “And so it’s one of those situations where we may be in, or in soon, where it doesn’t really matter how much we pay people, it won’t be enough money to get them to move in.”

The spread of COVID-19 is highest in the southeastern part of the state, which has very low levels of those who are fully vaccinated.

“We’ve seen case rates in the hundreds in, in both Eddy and Lea counties, meaning that 0.1 percent of folks in those counties. So it’s like every 10 days, 1 percent of the population will be infected,” Scrase said.

There are currently about five times as many cases per capita in the southeast as the northwest.

This article was originally posted on ICUs full as COVID-19 cases, hospitalizations grow