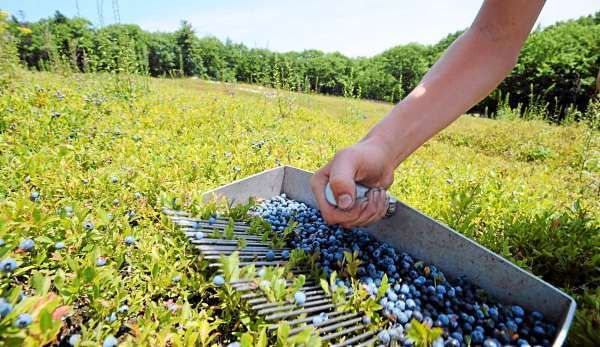 Maine could become the first state in the nation to enshrine a “right to food” in its constitution, with a proposal inching toward the November ballot.

A statewide referendum, which cleared the state Legislature with a two-thirds majority vote, will ask voters if they want to amend the Constitution to “declare that all individuals have a natural, inherent and unalienable right to grow, raise, harvest, produce and consume the food of their own choosing for their own nourishment, sustenance, bodily health and well-being?”

If voters approve the changes, the constitution would be amended to state: “All individuals have a natural, inherent and unalienable right to food, including the right to save and exchange seeds and the right to grow, raise, harvest, produce and consume the food of their own choosing for their own nourishment, sustenance, bodily health and well-being, as long as an individual does not commit trespassing, theft, poaching or other abuses of private property rights, public lands or natural resources in the harvesting, production or acquisition of food.”

He said the changes are the logical extension of the Maine Food Sovereignty Act, approved by voters in 2017, which authorized cities and towns to adopt local food ordinances. At least 90 communities have adopted the law.

Farmer Heather Retberg said the amendment would boost local food production, noting that a majority of the food consumed in the state is produced elsewhere. She said having control over local food production is essential during public health emergencies, like the pandemic, when supply chains are disrupted.

“Enumerating the right to grow and raise food in Maine’s Declaration of Rights ensures people continue to have the ability to grow and raise their own food and protect against government overreach,” Retberg said. “Maine people can increase resilience to external shocks in systems beyond our control by growing and producing much more of our own food.”

To be sure, the proposed amendment has its share of critics who say it is too vaguely written and leaves open the possibility for fighting over food resources and court challenges.

Katie Hansberry, state director for the Humane Society of the United States, told lawmakers recently that the changes could erode years of hard-fought animal welfare protections.

“We do not think it is the intent of this proposal to allow food producers and and/or hunters, trappers, and fisherman be exempt from animal welfare and cruelty laws, but as currently written that would likely be the case as the current list of limitations fails to include any reference to such laws,” she said in recent testimony on the proposal.

The environmental group said a right to food could also embolden poachers to target protected wildlife and push the limits on hunting regulations.

“It may also empower poachers to file lawsuits arguing that such a constitutional right to hunt exempts them from existing restrictions like bag limits, or prohibitions on the use of artificial lights or hunting from a public paved way,” Hansberry said in her testimony.

At least two other states, West Virginia and Washington, are also considering right-to-food constitutional amendments, according to the National Conference of State Legislatures.