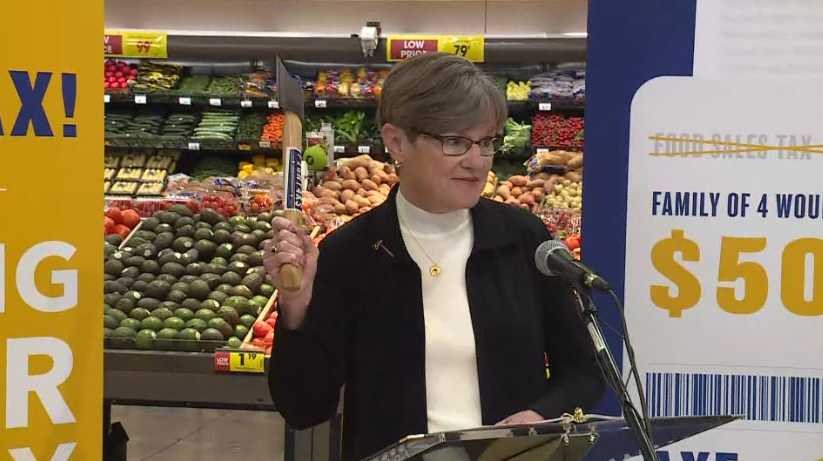 “When Kansans needed it most, we were able to bring Democrats and Republicans together to eliminate our state’s tax on groceries,” Kelly said at the bill’s signing ceremony, which took place at a grocery store in Olathe.

“Because we saved for our collective future, we can now responsibly axe the food tax – all while boosting funding to Kansas schools, roads, and law enforcement,” she added.

The governor’s comments come after the state’s tax collections were around $1.5 billion in April – 13.4% higher than previous estimates.

Ganon Evans, policy manager and analyst at Kansas Policy Institute, previously told The Center Square that part of the increase is a rebound from lower collections last year and added that this still points to a need for tax relief.

“Kansas imposes a heavy tax burden on businesses and individuals, which hurts families and businesses and prompts some taxpayers to move to other states,” Evans said. “Legislators need to get runaway spending under control and reduce taxes on everyone rather than ambitiously spend, leading to a deficit in the future.”

Only 13 states charge any sales tax on groceries. The current 6.5% tax in Kansas the second-highest in the nation only behind Mississippi’s 7% tax.