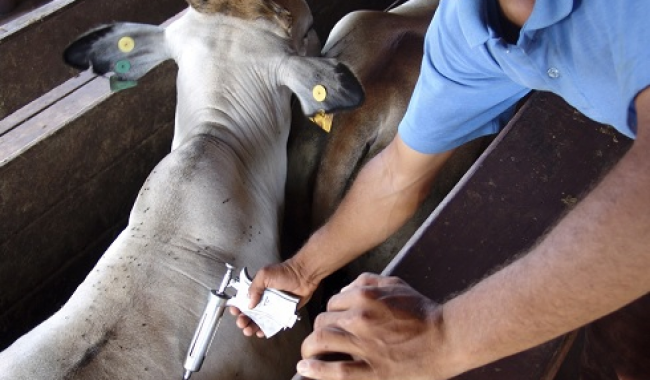 Kansas farmers and ranchers are currently challenged to keep their livestock protected from the heat and sun.

Dr. Anthony John Tarpoff, beef extension veterinarian at Kansas State University, told The Center Square that it seems the first heat stress events occur around mid-June each year, and they have continued into early July.

“Heat stress can affect all classes of cattle in every stage of production,” Tarpoff said. “As temperatures rise, it does raise the energy requirements for those animals as they expend more energy than usual to stay cool, as well as having negative effects on reproduction. It has been estimated that heat stress alone may cost the U.S. cattle industry nearly $370 million a year when the decrease in performance, decrease in reproduction, and potential for animal losses are considered.”

Tarpoff said that heat is not the only factor that accounts for heat stress. Humidity, wind speed and solar radiation also play a role in how cattle are impacted during a stressful heat period.

“Another challenge that the industry faces is that not all animals are impacted by heat the same way,” Tarpoff said. “Cattle that have had previous bouts of pneumonia, have dark colored hides, or have higher body condition scores may be impacted more than others within a group.”

There are tools that help producers understand the impact weather has on their animals, including the U.S. Meat Animal Research Center’s tools for predicting and recognizing heat stress and the Kansas Mesonet. Other strategies to combat heat stress include receiving, shipping, processing or moving cattle only during the coolest parts of the day; modifying feeding times so that the peak heat of indigestion occurs overnight when temperatures are cooler; and reducing the number of cattle in pens to maximize airflow. Producers can also install shade structures to reduce solar radiation and cover the pen floor with straw bedding to reduce its temperature.

It is also important to ensure that cattle have access to adequate water supply, as during summer months, cattle’s water consumption is five times their food intake.