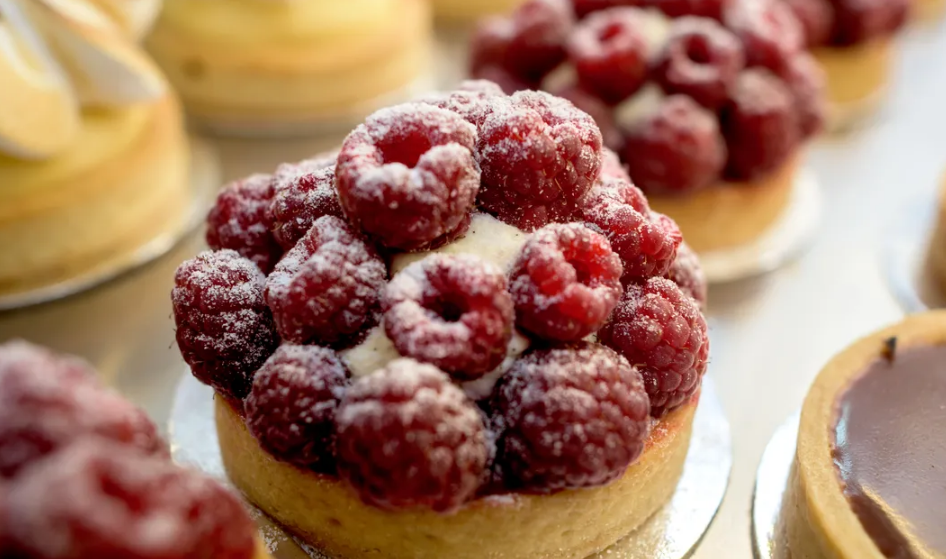 When a school’s selling point is the opportunity to immerse yourself in all things culinary, you’d be pretty crazy to apply when you don’t know the first thing about cooking. But it was a leap that I wanted to take. So what if I could barely scramble eggs. Here was a school where I could learn the ropes of working in a real kitchen and could taste the dishes that my peers and I created.

I vividly remember my first day at Food and Finance High School. I was terrified when my aunt dropped me off, and I was doing everything in my power to prolong saying goodbye. She took a quick picture of me to send to my dad, who was working that morning. As soon as I walked in, my eyes were met with dozens of kids wearing the school uniform: a blue polo shirt. Everywhere I looked, I sensed ambition and drive, areas in which I felt I was lacking.

In search of my algebra class, I met Dr. Koodie, who would teach me math throughout my time at Food and Finance. I still remember whom I sat with during first period — peers who would change my time there for the better, whether it was giving me a lesson on how to raise my voice when conversing or advising me not to take criticism too harshly. My mental health shouldn’t depend on others’ approval or disapproval, they told me.

But throughout my Culinary Exploration class, I constantly compared myself to others. Why weren’t my knife cuts as precise as the students’ right across from me? Why did I shake with fear every time we took simple tests (like making a beginner’s roux)? It wasn’t because I was not as capable as my classmates; it was because I had a bad habit of doubting myself.

Determined to break that bad habit, I began diverting all of my attention to everything the Food Education Fund had to offer. That nonprofit helps New York City public high school students hone their culinary skills. I soon became involved in all things cooking and food media. I knew I wasn’t the best at everything, but as my mental health improved, I didn’t care so much.

With my increased success and visibility in the school community came scrutiny. Sometimes I succumbed to the harsh words and others’ criticism. But I came to understand — and relish — that I was making an impact. I went on to participate in galas where we would cook for celebrity chefs. I met Claire Saffitz, Carla Lalli Music, Lazarus Lynch, Questlove, and Christina Tosi. I even won the Colavita culinary competition, where my cooking partner and I created a dish out of four key ingredients: olive oil, balsamic vinegar, polenta, and fresh basil. We were judged by none other than Dana Cowin and Tom Colicchio. Later this year, my partner and I are headed to take cooking classes in Italy, now that I’m a culinary high school graduate.

Which means I made it. We, the class of 2021, made it. On graduation day, I received an award for my work in climate and food justice. I’m sad to see my friends disperse, but I know they will do big things. I will, too.

I’m currently working on the second edition of Pass the Spatula, a student-run food magazine, and an upcoming documentary focused on food insecurity that I’ll be appearing in and narrating. I’ll also be interning under the director of brand and culture at Ash Hotels. I’ll be writing about hospitality and dream of being published one day in the magazine Bon Appétit.

In retrospect, I should’ve been a lot easier on myself. But 14-year-old Leo would be proud of the 18-year-old Leo I’ve become — someone who takes charge, who is hardworking, who is creative and persistent. Someone who went from barely scrambling eggs to making complex breads, pastries, pies, and gelato. I want incoming freshmen to know this: Maybe it won’t get easier, but you’ll learn to do a better job standing on your own two feet. In the process, you’ll reap incredible things.

This article was originally posted on Four years ago, I could barely scramble eggs. Now, I’m a culinary high school graduate.