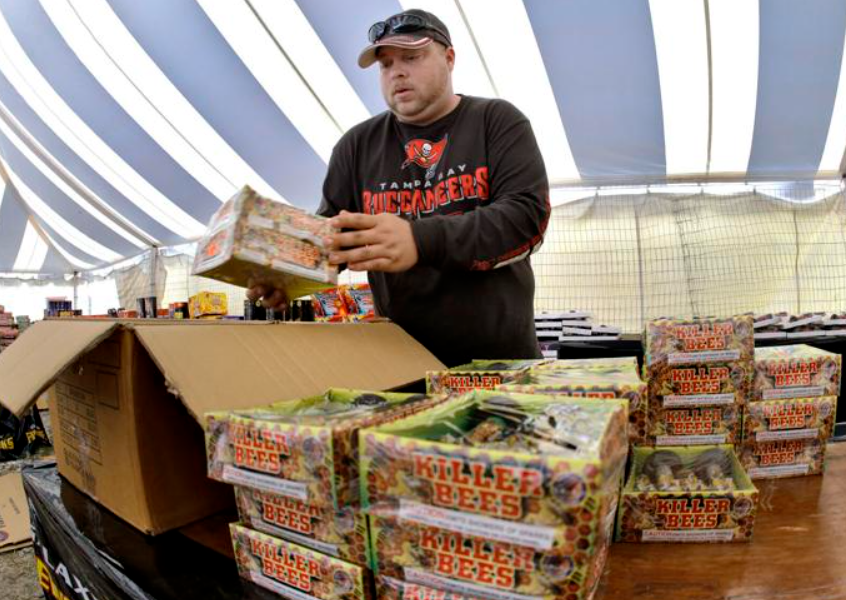 Independence Day 2020 was a lackluster affair for many, made all the sadder by attempts to celebrate July 4 amid pandemic-induced isolation without the parades, public firework shows and other communal and family gatherings that traditionally accompany the summer holiday.

The city of Miami and others staged “virtual fireworks displays” and at least 60 Florida communities made attempts to stage public events, including socially distanced parades, but with about 80% of traditional observations canceled, July 4, 2020, was nothing to celebrate.

There’ll be plenty of fireworks this weekend in Florida with July 4th pyrotechnics augmented by thunderstorms guaranteed to light up the night skies — and a near-record number of folks expected to hit the road.

According to AAA, 2.6 million drivers will be on Florida roads, nearly 700,000 more than last year, marking a return to pre-COVID-19 Fourth of July traffic levels.

According to AAA booking data, Orlando is the top destination for travelers during the five-day period. Theme parks there and in Southern California top the list followed by Denver, Las Vegas and Seattle.

Florida’s numbers are reflected nationwide. AAA projects more than 47.7 million Americans will travel this weekend, 40% more than 2020 and just shy of 2019’s record 48.9 million travelers. Last year, July 4 travel declined by 30% with 97% doing so by car.

“Travel is back this summer, as Americans eagerly pursue vacations they’ve deferred for the last year-and-a-half,” AAA Vice President of Travel Debbie Haas said this week. “We saw strong demand for travel around Memorial Day and the kick-off of summer, and all indications now point to a busy Independence Day.”

Floridians will hit the road this weekend despite gasoline prices being at a seven-year high. The average price for a gallon of gas in Florida on July 30 was $3, according to AAA, the highest since July 4, 2014, when gasoline averaged $3.60 a gallon in Florida.

AAA estimates air travel this weekend will reach 90% of pre-pandemic levels – a 164% increase compared to last year – with about 3.5 million flying but July 4 remains predominantly a road-trip holiday.

“Road trips provide a sense of freedom and more control over the duration of your trip,” AAA spokesman Mark Jenkins said. “Even more expensive gas prices are unlikely to deter Americans from that road trip many have waited more than a year for. If anything, motorists are more likely to cut back on other expenses like lodging and dining out, to offset the higher cost of fuel.”

This will mark only the second year in which Floridians can legally purchase fireworks without lying.

Lawmakers in March 2020 adopted Senate Bill 140, sponsored by Sen. Travis Hutson, R-St. Augustine, which allows Floridians to shoot off fireworks on July 4, New Year’s Eve and New Year’s Day without having to sign a document claiming they’re scaring away birds.

But fireworks are in short supply because of shipping delays from China, forcing fireworks dealers to raise prices, ration supplies and – especially in South Florida – warn their shelves may be bare by Sunday.

This article was originally posted on Florida braces for booming, banging return to July 4th ‘normal’