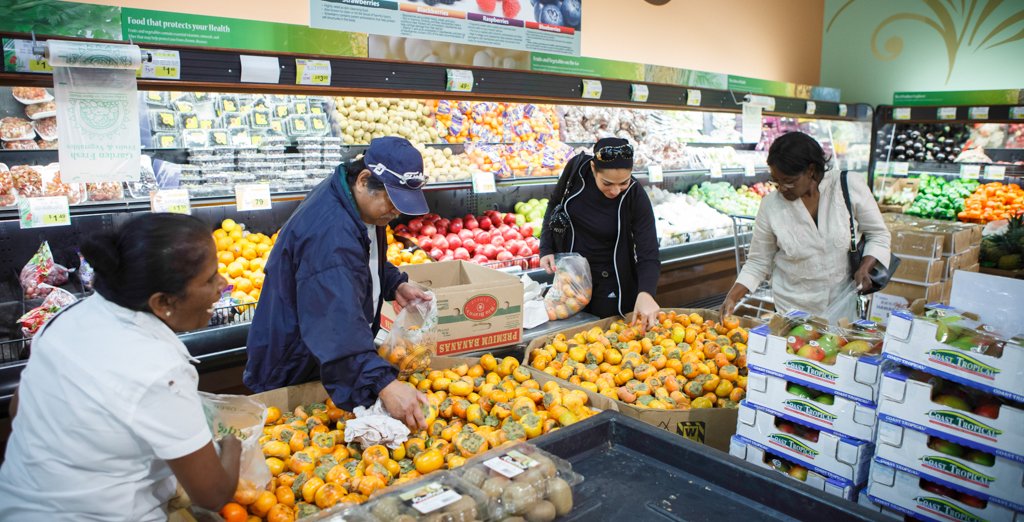 This passage from Proverbs can also describe the food deserts of America. Failure to provide access to healthy food is an injustice with far-reaching implications. Without vision, these deserts proliferate.

A food desert is described as an area without a grocery store within one mile. Popular mythology is that these areas are all low-income, high-crime communities. But there are other truths.

The southern section of Dallas, an area comprising 54 percent of the city’s geographical area, has 270,000 residents. Yet it has only nine grocery stores with fresh, quality food. As founder and executive director of FEED Oak Cliff, I encounter the repercussions felt by the injustice of food deserts each day.

Residents of all income levels may reside in food deserts, where access to quality grocery stores is an issue either because of distance or lack of transportation. Some census tracts are plagued by low access to good food, and 40 Dallas communities are defined as food deserts.

Only about half of food deserts are low-income communities. As in Dallas and all across the country, some food deserts are solidly middle-class areas with high rates of homeownership, low crime rates and diverse populations. Others are rural areas with no nearby stores.

A study by the U.S. Department of Agriculture revealed that 23.5 million people live in urban food deserts. Other communities have become food deserts because of recent retail closures.

Food deserts are common in Chicago, Detroit, New Orleans, Memphis, Minneapolis, San Francisco, New York and many more areas. It is an issue that also plagues rural communities. Mississippi was recently declared the hungriest state in the nation.

It is urgent to grasp the implications of leaving large areas across the country without access to healthy nutrition. Local governments must take proactive steps to ensure or undergird certain standards for residents, the most basic of which is adequate access to nutritious food. Failure to do so impedes the future success of a city.

Most food deserts have higher rates of obesity, diabetes, hypertension, heart disease and cancer than areas with access to healthier fare, according to researchers from Indiana.

All of these conditions can be related to, or at least modified by, consumption of nutritious food. Studies show children who are not fed well during their formative years don’t do well in school. They are more likely to drop out or to only receive limited education, thus limiting their ability to obtain employment that will sustain them.

This blunted education depresses per capita income for the entire area, and can doom communities to poverty and blight at the same time that medical facilities become overwhelmed by sick citizens. That is an unsustainable model for any municipality.

Areas underserved by quality grocery markets are typically pockmarked with numerous convenience stores and fast-food restaurants. These retailers sell food such as cheeseburgers, fried chicken, beer and a stunning array of chips of all sizes, shapes and flavors. You can bury yourself in Cheetos, but cannot find a single organic carrot.

With notoriously thin industry profit margins, grocery corporations have a ready variety of reasons for not placing stores in underserved areas, especially those with large minority populations.

Developers typically pick a spot and draw a one-mile circle around it to predict the number of potential customers. Yet when shown an area with a high concentration of rented apartments and higher density, the response can change to, “Those are the wrong kind of rooftops.”

Another argument is that not enough “food dollars” are spent in a given neighborhood. That is a valid point, though one that fails to account for the many residents who shop outside their neighborhoods because there is nothing they want nearby.

Developers are well enough aware of this phenomenon to have a term for it: cannibalization. This places residents in a vicious cycle: Buy substandard, lower quality food where you live, or purchase what you want miles away, thus dooming your area to a continuation of more of the same.

New efforts from an online grocery store, Thrive Market, are admirable but fail to take into account the lack of access to computers, the internet or credit cards. It remains difficult for a low-income family without a computer or a credit card to eat well.

This is where the vision comes in. Many food deserts are topographically beautiful communities with vacant property, with eager, hungry residents and enough money to sustain a quality grocery store. The developers who realize this will be rewarded.

The “One Mile Rule” will go out the window, because shoppers will come from many miles around to support the closest quality food they can reach. Earlier this month, the Salvation Army opened its first grocery store in a food desert. It takes vision.

Jimmy Dorrell, founder of Jubilee Food Market, a non-profit grocery store that opened in Waco a year ago, is transforming a neighborhood with the addition of an aquaponics greenhouse, a restaurant, fair trade market and children’s theater. This is how vision works.