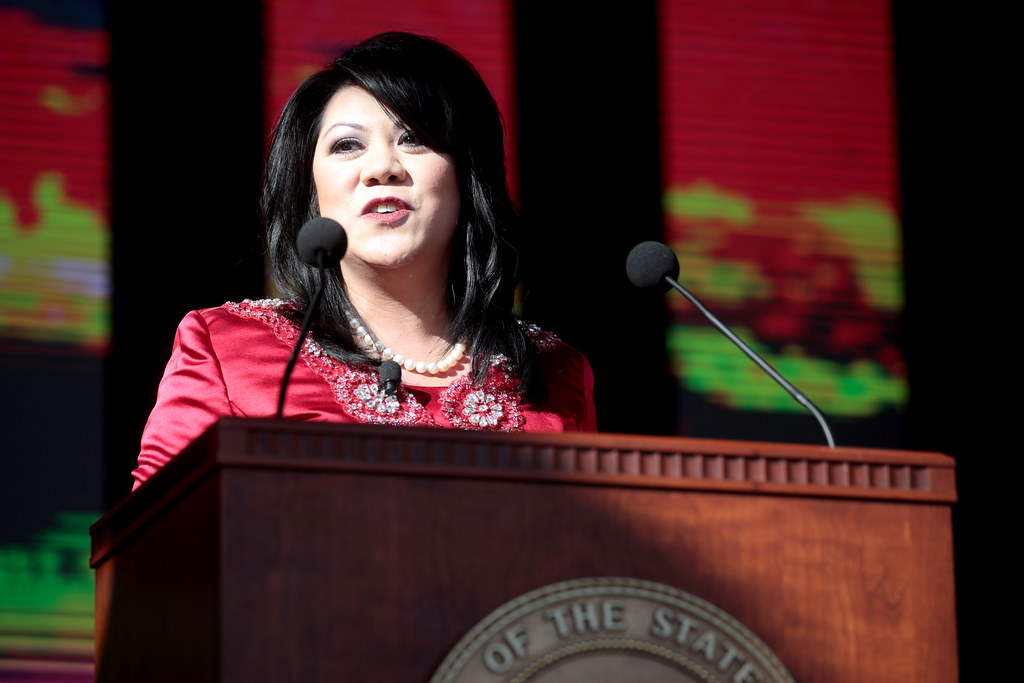 Arizona Treasurer Kimberly Yee is threatening to pull taxpayer funds from any bank that heeds the Biden administration’s calls to refuse loans to the fossil fuel industry.

Yee signed onto a letter sent this week to Special Presidential Envoy for Climate John Kerry from West Virginia Treasurer Riley Moore. Along with 11 other treasurers, they warned Kerry and others in the Biden administration their pressuring of financial institutions to refuse loans to coal, oil and natural gas companies will have repercussions.

“As the chief financial officers of our respective states, we entrust banks and financial institutions with billions of our taxpayers’ dollars,” the letter reads. “It is only logical that we will give significant weight to the fact that an institution engaged in tactics that will harm the people whose money they are handling before entering into or extending any contract.”

News broke in March that Kerry had been secretly advising some of the country’s largest banks to forego loans to companies with ties to the fossil fuel industry. The treasurers called the effort a “misguided strategy to eliminate the fossil fuel industry in our country” that threatens jobs in states such as Riley’s West Virginia, where coal mining is the predominant industry.

“I do not tolerate any financial institution that does not respect the best interests of Arizonans, and I will not tolerate the Biden Administration denying banking to lawful energy companies,” Yee said in a statement.

The Arizona treasurer’s office controls about $40 billion in state funds.

Yee announced earlier this month she’s running for governor in 2022.

The threat of divestment from the fossil fuel industry and others is not new, nor is it confined to political figures. Referred to as ESG, which stands for environmental, social and governance, investing follows a philosophy of guiding money in the market with a sensitivity to those three factors instead of pure fiduciary duty. Supporters of the philosophy call it a powerful tool in forwarding ideals important to investors. Critics say it could be considered a breach of fiduciary duty, a contractual or legal requirement to maximize return on investment with controllable funds.

Other state treasurers, typically Democratic, have adopted ESG standards for investment and guide with other fund managers in their states on how to do the same.