Home » Will we have turkeys for Thanksgiving and toys for Christmas? 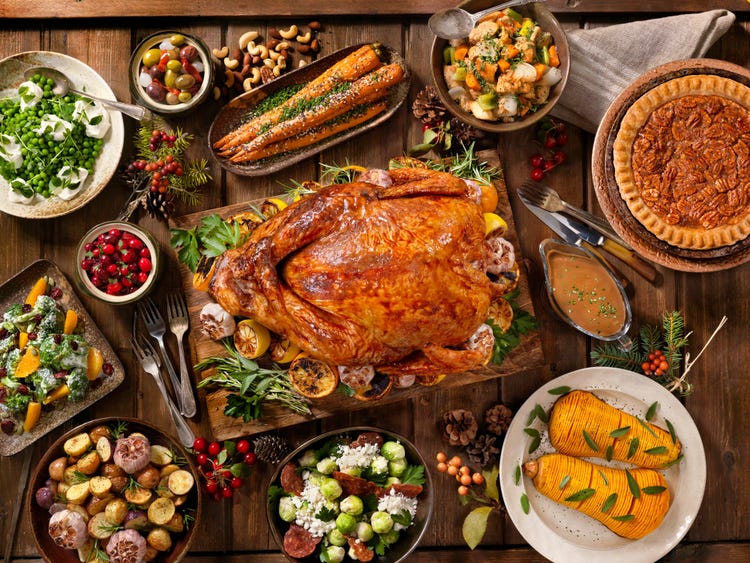 Will we have turkeys for Thanksgiving and toys for Christmas?

Thanksgiving turkeys may be more expensive and harder to find. Buy your bird now, the experts say,” ran a headline in the Des Moines Register. A reason for the shortage is turkey production has decreased. This may be good news for those who prefer ham for Thanksgiving, but to make matters worse the cost of the dinner will be higher because of inflation that is driving up the price of groceries.

On top of paying more for groceries, consumers are paying more for gasoline. The growing supply chain crisis is threatening the consumer’s ability to purchase Christmas presents as they find more empty shelves or longer than expected “delays” from online orders. Vice President Kamala Harris even encouraged parents to start buying toys early for Christmas. Both inflation and the supply chain crisis are creating economic problems, and both are caused by poor government policies.

The Biden administration and other liberals have mocked both the supply chain crisis and inflation. Press Secretary Jen Psaki referred to the supply chain crisis as the “tragedy of the treadmill,” which meant that people will just have to wait longer to get their purchase. White House Chief of Staff Ron Klain supported a social media tweet that inflation was a “high class” problem. Both comments imply that these issues are only an inconvenience and impacting only wealthy Americans. Both demonstrate how out-of-touch the administration is with what is occurring.

At the heart of inflation is the out-of-control spending by the federal government. President Joe Biden’s Build Back Better” agenda is costing trillions. Stephen Moore, an economist and senior fellow with FreedomWorks, wrote that the nation is experiencing “slow growth while inflation has hit its highest level in more than a decade at 5.6 percent.”

In addition, consumer confidence in the economy has tumbled,” Moore added.

It is not just the massive overspending by the federal government that is causing economic problems. The nation’s supply chain has failed partly because of the COVID-19 pandemic that has disrupted businesses and transportation systems across the globe. As the United States economy began to open, it created a demand for consumer goods. Poor public policy responses have also impacted the supply chain. Strict vaccine mandates are driving people out of the workforce. As an example, airlines have had to cancel thousands of flights and vaccine mandates may result in numerous workers losing their jobs.

The vaccine mandates not only bring questions of personal liberty, but they are forcing people to leave the workforce, which is the last thing that is needed.

It’s as if the Biden administration is trying to put a lump of coal in Americans’ stockings this Christmas (never mind, they are killing the coal industry too),” wrote U.S. Sen. Bill Hagerty, a Republican from Tennessee.

As it is, the pandemic and the overbroad lockdown response have spawned severe disruptions in global supply chains. We now face looming shortages of everything from computer chips and food to toys for Christmas,” Peter Navarro, an economist who served as an assistant to President Donald Trump for trade and manufacturing policy, wrote.

President Biden’s stimulus programs and expansion of welfare programs are also discouraging people from entering the workforce. The threat of massive tax increases is impacting businesses.

Why invest when the politicians in Washington are threatening to tax away your earnings in the name of paying your ‘fair share’? Businesses that make profits are now demonized as enemies of the people in this new liberal anti-growth crusade. They keep forgetting that without employers, there are no jobs,” Moore argues.

The pandemic is changing the nature of work. The “great resignation” is occurring with people leaving their current jobs in search of better employment opportunities such as working from home. This is creating competition within businesses in terms of increased wages and benefit packages. Iowa’s unemployment rate is at 4% and, just as with many other states, businesses cannot find workers to fill positions.

This is also impacting the bottlenecks that are occurring at the nation’s ports as a plethora of cargo ships are waiting to unload. Consumers cannot get goods and businesses cannot get parts and other equipment, which impacts their ability to produce and serve their customers.

“Almost one-third of supply managers reported that inventory stockpiling has contributed significantly to supply chain bottlenecks,” said Ernie Goss, Ph.D., director of Creighton University’s Economic Forecasting Group and the Jack A. MacAllister Chair in Regional Economics in the Heider College of Business. The survey also reflected that both the supply chain and the labor shortage are the main causes for the decreasing confidence in the economy.

U.S. Sen. Ron Johnson, a Republican from Wisconsin, writing in The Wall Street Journal, argues that the combination of rising inflation, the supply chain crisis, and the labor shortage is going to have serious economic consequences similar to the stagflation of the 1970s. Stagflation refers to the combination of slow economic growth and increasing prices.

Both the COVID-19 pandemic and the supply chain crisis have also shed greater light on our national dependency on other countries for not only consumer goods, but also necessities. The United States has become dangerously dependent on foreign nations, even potentially hostile nations such as China, for essential goods.

One example is the shortage of semiconductors.

Why are semiconductors so important? Because computer chips are the ‘brains’ of not just computers, cars, and medical devices, but also the weapons systems that support America’s military. Being so dependent on imported computer chips leaves America’s national security vulnerable to the whims of the global market,” wrote Michael Stumo, who serves as CEO for the Coalition for a Prosperous America.

The supply chain crisis is a reminder how dependent the nation has become on foreign countries. For decades, the United States has followed a policy of globalization and free-trade deals that have hollowed out manufacturing. A question needs to be asked why the United States cannot manufacture these necessities?

Joel Kotkin, a Washington fellow at the Claremont Institute Center for the American Way of Life, correctly notes that this problem not only predates President Biden, but has left the nation vulnerable to supply chain problems. As Kotkin argues:

Our vulnerability to supply chain disruption clearly predates the Biden Administration, forged by the abandonment of the production economy over the past 50 years by American business and government, encouraged and applauded by the clerisy of business consultants. The result has been massive trade deficits that now extend to high-tech products, and even components for military goods, many of which are now produced in China. When companies move production abroad, they often follow up by shifting research and development as well. All we are left with is advertising the products, and ringing up the sales, assuming they arrive.”

The United States is still running large trade deficits. The trade deficit in August was a record $73.3 billion. Since 2001, the nation “has rung up over $12 trillion in accumulated global deficits.” China’s exports to the United States have risen 31% since 2018. It is estimated that 3.7 million American jobs alone were lost to China between 2001 and 2018. This does not include manufacturing that was lost to other countries.

Many economists and policymakers will argue that globalization is a net positive. The consumer benefits with cheap goods and businesses can earn more profit because they can save money by paying lower wages and fewer regulations in foreign countries. However, the result is not only a loss in manufacturing jobs and greater dependency, but lower wages and more people depending upon social welfare programs to survive.

We must make every effort to restore a vibrant manufacturing sector in this country that can employ working men at living wages – wages that can feed a family and support a community. And we can start by requiring that at least half of all goods and supplies critical for our national security be made in the United States,” U.S. Sen. Josh Hawley of Missouri said.

What can be done to solve the supply chain crisis and to prevent stagflation? First, the federal government must begin to reduce spending and begin to address the national debt. It will also require preventing any new tax increases. Tax increases will only damage the economy. Policymakers must also incentivize work. The “human infrastructure” component of the “Build Back Better” agenda will not only expand and revolutionize welfare, but it will discourage work.

The president’s plan would be the largest tax-and-spend increase – and disincentive to work – since the introduction of the income tax,” wrote economists Casey Mulligan and Vance Ginn in The Wall Street Journal. Economics is about incentives and tax increases along with expanding welfare and entitlement programs will discourage both businesses and employment.

Having spent my career in business, I can tell you the last thing our economy needs right now is burdensome government mandates that discourage hiring and work. The Biden mandates will not only severely disrupt American life, but will push jobs back overseas and encourage government dependency,” argues Sen. Hagerty.

Sen. Hawley is also correct that we need to rebalance trade and bring back manufacturing to the United States. Manufacturing provides better paying wages and strengthens communities. President Donald Trump was the first to start to rebalance our trade policy and encourage the growth of manufacturing.

It is uncertain when the supply chain crisis will be resolved. Americans are being told that they will just have to “deal” with empty store shelves. President Biden’s reckless fiscal policies are not only driving inflation, but they threaten to torpedo the economic recovery that has emerged from the pandemic. Americans are starting to realize that “Build Back Better” is more of a wrecking ball.

As Sen. Hagerty argues: “We already have that blueprint to follow: it’s tax cuts for all Americans, it’s deregulation, it’s energy independence, and it’s reciprocal trade. That creates an America with low unemployment and rising wages across all demographics, where workers get their shot at the American Dream.”

This article was originally posted on Will we have turkeys for Thanksgiving and toys for Christmas?