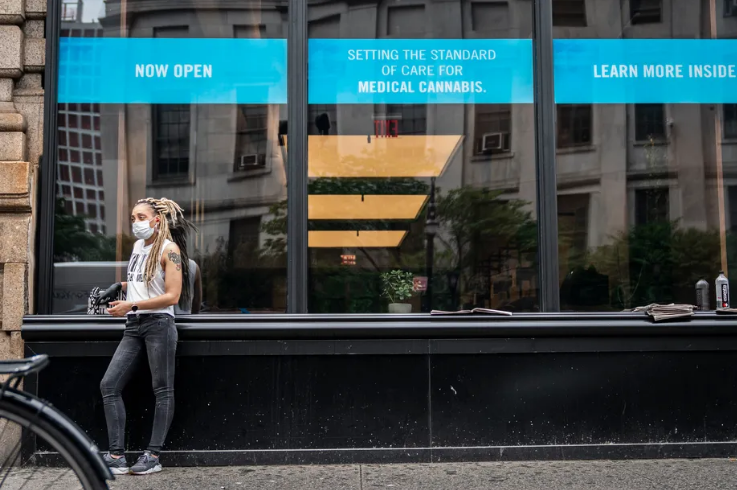 Will the State Marijuana Bill Pay Off for Black and Brown New Yorkers?

The landmark deal struck by Gov. Andrew Cuomo and the state legislature Thursday to legalize recreational marijuana in New York State reportedly includes one of the country’s most ambitious social equity programs.

But advocates say they’re prepared to keep a careful eye on whether New York can avoid pitfalls that have swallowed some other states’ efforts to bring a fair share of the multibillion-dollar legal pot business to Black and Hispanic citizens.

The New York bill is expected to include language that’ll set aside about half of sales licenses for people of color, women and people related to those with a past marijuana conviction. The measure would also provide capital to minority- and women-owned firms.

In recent years, some of the 14 states that have legalized recreational marijuana have attempted to address social inequities caused by over-policing past cannabis use in communities of color.

Some states, though, have shown less than stellar results.

In Illinois, for example, the state legislature was vocal about people of color being able to gain a foothold in the legal cannabis industry. But nearly 15 months after the law went into effect, no marijuana dispensaries in the state are owned by people of color.

“In Illinois, in Massachusetts and other places where there are social equity programs, it becomes really difficult for people’’ with a record of marijuana-related convictions, Moore said. “It’s virtually impossible to get the normal sort of small business loans.”

Cannabis advocates in New York are hopeful that a combination of grants, low-interest loans and a business incubator program supplying technical assistance could make the difference.

Cuomo made several concessions from his own initial legal pot proposal, including disallowing home-grown cannabis and allocating $100 million in tax revenue to go toward grants for communities hit hard by marijuana policing in recent years.

Now some 40% of tax revenue will be earmarked for social equity and New Yorkers will be able to grow up to six plants in their homes, The Wall Street Journal reported.

Assemblymember Crystal Peoples-Stokes (D-Buffalo), who wrote the Assembly’s version of the recreational marijuana bill, recently told THE CITY that Cuomo’s community reinvestment proposal wasn’t enough on its own.

“One thing that is important to bring clarity to is that social equity is a lot different than community reinvestment. It’s two separate things,” said Peoples-Stokes. “Social equity is included in the opportunities and licensing structures, and financial support services to make sure that minority-owned Black businesses have an opportunity to be in the cannabis business.”

New Yorkers of color — the vast majority Black and Latino — were hit with 94% of pot-related arrests and summonses in 2020, according to an analysis of NYPD data by The Legal Aid Society.

“What does continue to happen is that police officers use their observations of people using marijuana or claim to smell the smell of marijuana as an excuse to have an interaction with that person,” Miller told THE CITY.

“Police will still have a basis to go up to young Black and brown men, and now I can ask this person about warrants or now I can stop this person or frisk this person,” she added. “So, unless there’s full decriminalization, which it seems unclear to me at best from coverage that that’s the case here, I don’t think we’ll see radical change that I’d like to see from this legislation.”

This article was originally posted on Will the State Marijuana Bill Pay Off for Black and Brown New Yorkers?