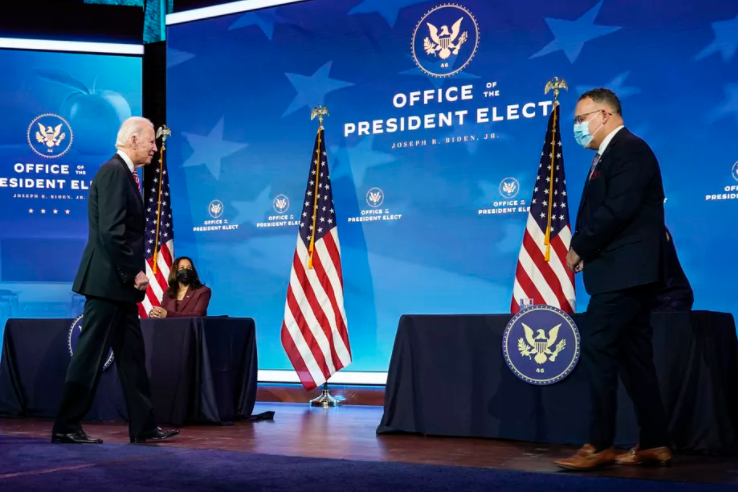 A pot of money would be reserved for “Educational Equity Challenge” grants, according to a fact sheet circulated by Biden’s transition team. Details were scant, but it looked to be a program where states and districts could compete for funding to respond to challenges related to the pandemic. Another document put together by Biden’s team indicated that $2 billion would be earmarked for the idea — a sliver of the total proposed for education, but still a substantial figure.

But when the bill to put Biden’s plan into practice was released earlier this month by the House education committee, the equity challenge grants were nowhere to be seen.

The idea was scrapped after a number of education groups expressed their opposition, according to a Democratic committee staffer and an education lobbyist, both of whom spoke on the condition of anonymity to discuss the legislative process.

“They didn’t yell and scream, they didn’t put it in writing — but a chunk of them did express their views,” said the lobbyist.

The wariness is unsurprising, given the many challenges facing schools right now and the controversial legacy of Race to the Top, a $4.35 billion piece of the federal stimulus of 2009 that shaped a decade of education policy. Education Secretary Arne Duncan used the program to encourage states to create tougher teacher evaluations, allow more charter schools, and adopt the Common Core standards. It worked, but also sparked a furious backlash.

“We have 10 years of perspective on Race to the Top — that we jumped through a lot of hoops to what end?” said Noelle Ellerson Ng, who directs the advocacy work of AASA, the school superintendents association. (She said AASA did not push for or against competitive grants in the Biden bill.) “Any competitive grant is going to be heralded as Race to the Top 2.0.”

Biden’s competitive grant idea was ultimately scrapped because of concerns that such a program would exacerbate rather than address inequity — potentially favoring districts able to hire pricey consultants to write their applications, for example — and a belief that competition wasn’t necessary to spur districts to address learning loss, according to the staffer.

Its quick demise is an indication of how the politics of education at the federal level have evolved in the last decade. A competitive grant program would have handed some power to the Biden administration to shape education policy at the state and local level. As it stands, if Biden’s stimulus plan passes, the U.S. Department of Education would administer the distribution of nearly $130 billion in additional education funding — a massive sum — but states and districts would largely decide what to do with it.

A spokesperson for the White House did not respond to a request for comment.

Notably, the grants lacked the strong support even of some potential allies, like Democrats For Education Reform, which backed Race to the Top.

“It was a small amount of money,” said Charles Barone, DFER’s vice president for K-12 policy. “It wasn’t even clear what the administration had in mind.” Meanwhile, schools are trying to handle many urgent problems, he noted. DFER focused on pushing for funding to bolster internet access and to require districts to use a portion of their money to address learning loss.

“We’re seeing a lot of creativity out there,” Barone said. Still, “When things are shifting week to week … that’s probably not the most conducive political environment for trying to be creative.”

The legislation could change, and it’s not guaranteed to pass, but it has strong support among Democrats, who control Congress and the presidency.

The stimulus bill as written includes several provisions intended to help address the inequitable harm being done to students. It requires the lion’s share of money to be funnelled through the Title I formula, which generally favors districts that serve more students from low-income families. Districts also must spend at least 20% of new federal money addressing learning loss.

Separately, the bill includes $100 million for the Institute for Education Sciences, the research arm of the U.S. Department of Education, to study learning loss and ways to address it. IES Director Mark Schneider said the extra money would allow his team to ramp up its efforts to document learning loss, provide research-based ideas to schools, and examine the effectiveness of new money allocated by Congress.

“If we don’t set up the mechanisms — which is part of what our job is — to monitor and evaluate this stuff, we’ll have spent god knows how much money and not learned anything about what works,” he said.