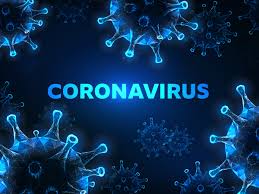 When the virus is inside the building

In September 2001, a week after planes crashed into the World Trade Center, letters laced with anthrax were sent to several media outlets and two U.S. Senate offices. Five people were killed and 17 others infected. While the FBI chased a series of leads, the Centers for Disease Control (CDC) was tasked with ensuring that the anthrax no longer posed a threat and that the buildings were again safe.

Jayne Morrow, who worked for the CDC’s National Institute for Occupational Safety and Health (NIOSH) at the time, was one of several experts called in to verify the safety of the buildings, an altogether new challenge.

“The methods weren’t there,” she said. “The process had to be developed and the confidence levels had to be established.”

Morrow now works as the assistant vice president in the Office of Research, Economic Development and Graduate Education at Montana State University. When the COVID-19 pandemic hit the U.S., she got a call from a former CDC co-worker, Ken Martinez. Martinez is a retired industrial hygienist who worked on building safety after the anthrax scare. He had also been part of a building safety team during the 2003 SARS outbreak in Toronto, which killed 38 people.

“We talked about those studies we did way back, when we were trying to figure out how pathogens moved in the built space,” Morrow said. “How do you find them? What do you look for? How do you know if it’s airborne or on the surface? And so we started to rack our brains about what we understood and what we needed to understand with COVID.”

Public health campaigns and media coverage about COVID-19 have most often focused on masks, sanitizer and, to some extent, ventilation. More recently, the focus has been how to distribute and monitor the new vaccine.

But in the world of “the built environment” — architecture, construction code, building renovation and HVAC systems — the focus in the context of COVID-19 is on potential solutions for how building systems could help combat the spread of contagious diseases in the future.

In early August 2020, Morrow, Martinez and a few other researchers from MSU and elsewhere launched the Clean Summit, an online gathering of scientists from across the world whose work focuses on the confluence of pathogens, buildings and people.

During the first four summits, held between August and October, participants discussed and lectured on reducing transmission in indoor environments, especially in regard to frontline workers. In all, 1,500 people from 16 countries participated.

“We have detection technologies,” Morrow said. “We should be thinking about how those technologies can be used — and be creative about it. I think it’s going to lead to a change in architecture.”

Kevin Van Den Wymelenberg, a professor in the School of Architecture at the University of Oregon and director of the Institute for Health in the Built Environment (IHBE) is also part of the Clean Summit project. For years, his work has focused on building-centered solutions to infectious viruses such as influenza, norovirus and superbugs.

The IHBE, which is composed of multiple laboratories and collaborates with industry partners and universities across the country — including MSU — works toward innovation in building design. Part of their approach is to view and treat buildings as if they were human bodies.

“Buildings have microbiomes,” Van Den Wymelenberg said. “And the surfaces, the air, the light and all the materials and people inside them contribute to this building microbiome. What we’ve learned is that different room types have their own unique bacterial signatures, like fingerprints.”

Between March and June of 2020, the IHBE team researched hospital spaces where asymptomatic COVID-positive mothers were giving birth. The researchers surveilled the rooms before and after the births, swabbing surfaces and testing the air. They documented where they found traces of COVID and published a paper in the Journal of Obstetrics and Gynecology about the behavior of the virus within the building. The paper was one of a few nationwide research projects that led to the CDC updating its COVID transmission information in October 2020 to reflect the potential for airborne transmission.

One area in the hospital where researchers were able to detect the virus was in the HVAC system. It remains unclear to what extent coronavirus in an HVAC system could affect people in a building, but there is a history of infection facilitated by HVAC systems. In January 2020, nine people were infected with COVID-19 at a restaurant in Guangzhou, China. The culprit was determined to be an air-conditioning system. Although the restaurant was ventilated, the direction of the airflow exacerbated the transmission.

Other diseases have been discovered through HVAC transmission. Notably, an atypical pneumonia called Legionnaires’ disease was first identified in 1976 when bacteria spread through the air-conditioning system from a contaminated water tower and infected people at an American Legion convention in Philadelphia.

Van Den Wymelenberg and his colleagues, however, are looking to HVAC systems not as a vector of disease, but as a tool for identifying infectious air spaces — like a canary in a coal mine.

“It does appear that the HVAC system is a good location to detect the presence of the virus within the building,” Van Den Wymelenberg said. “And so the idea is, could you use that as a surveillance technique?”

Van Den Wymelenberg was recently hired as a consultant for Enviral Tech, a company born out of the COVID-19 pandemic that develops virus-detection technologies, especially for senior centers and schools. The company’s virus detection kits work almost like smoke detectors, detecting viral shedding in its earliest moments, even before an infected person might show symptoms.

Another solution IHBE is working on is called the Safe Air Space COVID-19 Aerosol Risk Estimator. It allows businesses or individuals to input a variety of factors to assess risk, such as the size of a room, fresh air supply, in-room air filtration, and the number of people wearing masks. It provides a risk profile tailored to a particular building and the behaviors inside it.

The IHBE is also studying Ultraviolet C (UVC) light technology as a solution. If a virus is detected in the air, ultraviolet irradiation could be used to destroy it, possibly preventing another Guangzhou or Legionnaires’ scenario. UV irradiation would have to be used carefully, Van Den Wymelenberg said. For one thing, it’s harmful to people’s skin and eyes. For another, it works like an antibiotic in the human body, which means it has to be used through its full prescribed duration to be effective, and shouldn’t be overused.

“There’s a reason it works, and that’s because microbes aren’t used to seeing it,” he said. “If we just constantly use UVC, the virus will likely build resistance. Then you have a superbug.”

Detection and UVC technologies aren’t widely used yet, but they are being discussed in the architecture and construction fields, including at the most recent conference held by the American Society of Heating, Refrigerating and Air-Conditioning Engineers (ASHRAE). The association is a hub for viable HVAC solutions, and it’s the main conduit through which technologies become building code. Van Den Wymelenberg said these new technologies could offer “layered risk strategies” that fortify each other, and meshing them with HVAC systems could add a health aspect to “smart” building concepts. But, he said, on a very basic level, what matters most is airflow.

“People are excited about these new technologies, but they are not silver bullets,” he said. “You still have to manage air, even if we get to the point where we aren’t wearing masks. It’s all about airflow.”

For that reason, the basic efficiency of HVAC systems has become a hot pandemic topicamong people in the building field.

“Somebody designed it and built it to do all the things, including ventilating and air filtration, but the odds that it actually functions like it’s supposed to diminishes the older the system gets,” he said.

Todd said sub-par and poorly functioning systems can easily go undetected. Often there is no one tasked to maintain the system on a regular basis. Hospitals are required to get periodic inspections, but businesses, nonprofits and government buildings can go without inspection for long periods.

And even when problems with ventilation systems are discovered, there is often little incentive to fix them because of high costs and the fact that, in the recent past, ventilation hasn’t often been pegged as a culprit of health problems.

That hasn’t always been the case.

In 1905, when Missoula County High School was built on 6th Street in Missoula, one of its most celebrated attributes was a modern ventilation system.  According to a contemporary article in the Missoulian, the state-of-the-art system circulated of 30 cubic feet of air per minute, keeping the indoors as fresh as outdoors, but temperature-controlled. The school was built on the heels of a smallpox epidemic, which had opened the eyes of health officials to overcrowded spaces and stale air in classrooms.

The COVID-19 pandemic has had a similar effect on discussions about ventilation. All Missoula County public schools received new ventilation systems in 2015 when a new school bond was passed. Other schools across the state that were renovated in the last decade, including several in Gallatin County, have new ventilation systems. In April 2020, the Harvard Graduate School of Education released a framework for education strategies that recommended ventilation and filtration systems process four to six changes of indoor air per hour. As schools in both Gallatin and Missoula counties moved from a hybrid schedule of two days a week of in-person instruction into Phase 2’s four days a week in late January, the school boards listed that ventilation recommendation as one of five strategies the counties would be following.

Missoula’s YMCA is another example of a building that needs solid ventilation maintenance because of the activities it hosts. It was built in 1984 and provides multiple community services, including kids camps and daycare, a gym where lots of seniors exercise, and one of the few publicly accessible pools in the city.

“Like many nonprofits, we have many items sitting on our deferred maintenance list that we would like to tackle,” said YMCA CEO Heather Foster. “At the beginning of a budget year, you’re ending up spending that money on wages and programs instead of putting it back into the building maintenance.”

Todd, who sometimes meets with the YMCA board, has been helping Foster save costs by volunteering some of his time to make sure the ventilation and air-filtration systems are working efficiently, while also identifying what parts of the system can be shut down when no one is in the building.

Foster predicts the spaces businesses and organizations occupy will look different in a post-pandemic world. There will need to be better ventilation systems and better means of contact tracing within the built environment.

“We don’t know what the next couple years will bring,” she said. “I think this pandemic has brought some of those things to light that you don’t think about [until] an airborne virus coming through your building.”

“It takes so much time to design a building and build a building,” Todd said. “A lot of the impacts of COVID, we’re not going to see in that context for a while yet. Maybe not until they become code. But this pandemic has made us realize that some of the really fundamental things we got away from are important. Years ago, we moved toward this totally artificial lighting scheme in buildings, and now we’re working our way back to natural daylight. And now we’re realizing that fresh air is good, too.”