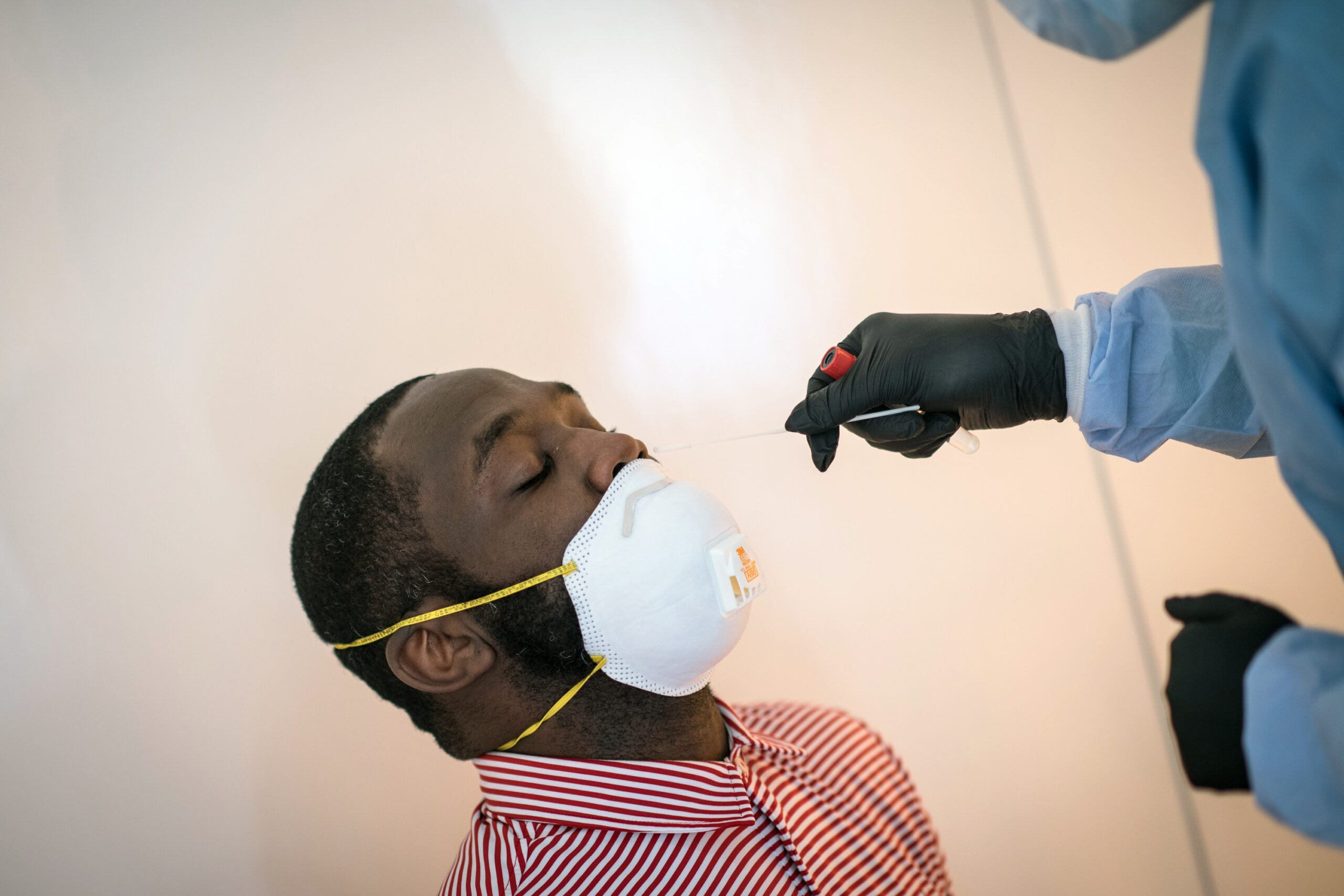 The number of COVID-19 cases is creeping up after months of sustained decrease — with new infections concentrated in neighborhoods with low vaccination rates, an analysis by THE CITY shows.

Public health experts say there’s no reason to panic, but they urged the nearly 43% of New Yorkers who haven’t been vaccinated to get their shots.

“We hope that people listening understand that the increase in cases is all occurring among unvaccinated people,” Dr. Dave Chokshi, the commissioner of the city Department of Health and Mental Hygiene, said Tuesday.

On Wednesday morning, health department officials said 98.8% of the 8,163 people killed by COVID-19 in the city this year through June 15 had not been fully vaccinated. The officials also touted a Yale study that found vaccinations had prevented about 250,000 COVID-19 cases, 44,000 hospitalizations and 8,300 deaths in the city.

Experts say the so-called Delta variant, which research shows to be far more transmissible than the initial strain that ravaged the city beginning last spring, is contributing to the bump. Travelling and holiday gatherings during the Fourth of July weekend may also be playing a role, the experts said.

Among the neighborhoods with the highest numbers of new cases since the beginning of July: South Williamsburg, East New York and Canarsie in Brooklyn, Morrisana in The Bronx and Tottenville in Staten Island.

Dr. Jessica Justman, an associate professor of Medicine in Epidemiology at the Columbia Mailman School of Public Health, said the “doubling of such a low number” should not get New Yorkers too worried. But she said the spread of the variant should be a wakeup call to those who haven’t been vaccinated.

“The main job of New York City residents is to go and get vaccinated,” Justman said.

As of Tuesday, 57.4% of New Yorkers of all ages had received at least one dose of vaccine — slightly higher than the 55.7% national average.

Nearly three-quarters of Black New Yorkers 18 to 44 have not been vaccinated, the highest rate among any racial group. Just over half of Hispanic or Latino New Yorkers in the same age range have yet to be vaccinated, followed by 47% of white and 17% of Asian residents, ages 18 to 44, according to city data.

Dr. Freddy Molano, vice president of infectious diseases at Community Healthcare Network, talks to young people frequently near mobile and pop-up vaccine sites. He said he’s found New Yorkers in their teens and early twenties to be “the most distrustful.”

“When I say ‘Why do you not want to take it? You want to go to a concert? You want to go on a trip?’ They say, ‘I’m waiting to see what happens to my friends, and then I will decide,’” he said.

Molano’s also seen bogus conspiracy theories — that the vaccine will be used to track peoples’ locations or that it will cause infertility — spread on Facebook and other social media sites.

The conversations make the health care veteran feel “thoroughly helpless and useless.” To try to convince younger people, he frames getting the vaccine as a personal choice, but he knows the stakes are far larger.

“The moment that you get sick and you expose us to an illness, it becomes a community problem,” Molano said.

Getting Schooled in Church

Health officials say they are making vaccination as convenient as possible — targeting holdouts by distributing vaccines in people’s homes, and via mobile and pop-up sites.

Patrick Gallahue, a city health department spokesperson, said the city is also holding town halls and working with community groups to reach those distrustful of the vaccine.

“Racist policies and practices in medicine and government come at a cost to trust in both institutions. The onus is on us as public health authorities to build trust and confidence,” Gallahue said.

Molano stressed the importance of finding community leaders who can deliver a pro-vaccine message to hard-to-convince people.

“Let’s find out — who is the sports leader? Who is, maybe, the bodega owner who has the most power … because they know who is moving into the neighborhood and what’s going on?” he said. “Let’s find those local priests that people have faith in.”

Community Healthcare Network has teamed with local clergy, sometimes setting up mobile vaccine sites outside church — right after a priest delivers a sermon about the virtues of getting the shot.

‘Not Time to Relax’

Even as the city reopens, some experts are reinforcing the value of social distancing and wearing masks indoors.

“We still need to go back to the basic bread-and-butter of public health measures, and be really, really careful, wearing masks inside,” said J. Robin Moon, an associate professor at the CUNY Graduate School of Public Health & Health Policy.

While the latest positive rate and the number of cases are much lower compared to during the height of the pandemic, which has killed more than 33,000 New Yorkers, Moon points out that the coronavirus spreads on an exponential curve.