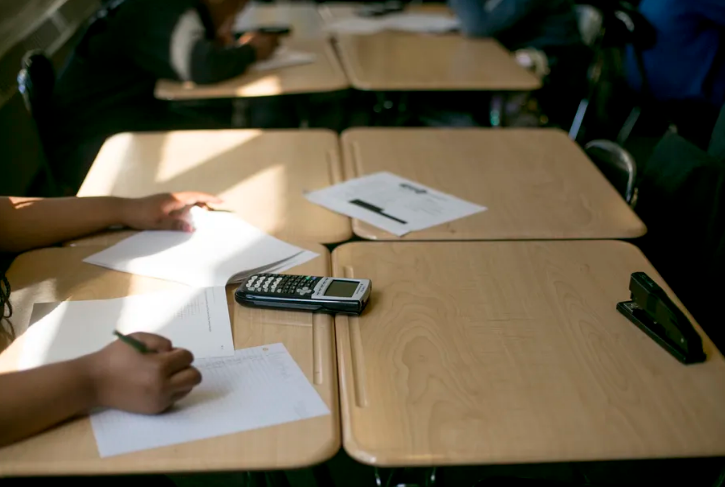 Unprecedented federal funding is on the way. High-poverty schools are starting to reckon with how to spend it.

When Superintendent Jaleelah Ahmed and her team found out their Michigan school district would soon receive over $15,000 in federal aid per student, they were stunned.

“We had so many emotions: Pure joy, gratefulness, to ‘wait a minute, this is too good to be true.’ I was in tears,” said Ahmed, who leads the Hamtramck Public Schools. “The funding means everything for our district. By far, it is beyond what we normally spend every year.”

She’s not alone. Over the last several weeks, officials in many of the country’s least advantaged school districts have realized they are in for something of a windfall from the last two rounds of pandemic relief.

The numbers vary from state to state, and some low-income schools won’t get such massive infusions. But a Chalkbeat analysis in a number of states shows that high-poverty school districts will typically get several times more than their wealthy counterparts.

School officials see political risks ahead. Some worry if the extra funding doesn’t lead to immediate academic gains, it could tank proposals to more permanently increase funding for low-income districts. But for now, many have already gotten to work on plans to use the funds to help students who fell behind during the pandemic, plug budget holes, and fix dilapidated buildings.

Ahmed, in Michigan, for example, says the new federal aid will allow her district of 3,300 students to finally afford improvements to its buildings, some of which are so old they’re historical landmarks. First on its list: fixing windows that don’t open.

Then, Ahmed is hoping to expand after-school and summer programming. That could include more dual enrollment college classes and new ways to engage students with sports, arts, or technology as they work on their English skills. More than two-thirds of her students are English learners, many of whom fled war in Yemen and have acute academic, social, and emotional needs.

“For us to provide this type of programming would give them a huge step in the right direction,” she said.

The figures for the highest-poverty districts are remarkable not only because of their size, but because of which districts are coming out ahead in the context of an American school funding system that has often proven deeply inequitable.

The reason high-poverty schools are winning out is because of the way the legislation requires the funds to be distributed.

Most of the money for schools is passing through Title I, a piece of federal education law passed in 1965 as part of President Lyndon Johnson’s “Great Society” push to reduce poverty. It sends extra money for schools serving children from low-income families, a key aspect of Johnson’s strategy. But the program quickly fell out of favor, as some questioned whether the money reached poor students and others grew skeptical that more money would actually help schools improve.

Title I has persisted, but it’s remained a small program. The most recent federal budget allocated $16.5 billion to the program — a tiny fraction of the several hundreds of billions spent on education annually.

But COVID relief has supercharged Title I funding. The lion’s share of money for schools from all three packages — the $13 billion last March, the $54 billion last December, and the $123 billion this month — has been sent out through the Title I formula. Temporarily, districts are getting 10 times the funding they normally would through the Title I formula.

Unlike with typical Title I dollars, districts have a great deal of freedom to decide how to use this relief money.

Superintendent Carol Birks, who heads the Chester Upland School District in Pennsylvania — set to receive more than $11,000 per student from the last two stimulus packages — hopes to spend the money on air conditioning in schools that lack it, upgrading the district’s IT infrastructure so more students can use laptops in their classrooms, and adding tutoring for younger students.

The district is already working with some 25 community groups to expand the district’s summer programming. And Birks plans to hire more therapists and behavioral support staff to help address growing emotional needs.

But Birks is also hoping to make the case that the financially distressed school district can spend a large infusion of funding wisely. The district has been under state receivership since 2012, and Birks wants to take a cautious, multi-year approach.

“Our goal is not to spend all the money in one year,” Birks said. She plans to host town halls and focus groups with families and teachers to hear how they’d like to see the money spent.

“We’re going to be developing a planning process of what we can take on year one, year two, so that we do things thoughtfully, purposely, and well,” she said. “Because I’m sure we won’t get this opportunity again.”

Why not everyone will have huge new amounts to spend

Though high-poverty districts everywhere will get more federal relief money than affluent districts, the numbers vary widely. That’s in part because of the quirks of the Title I formula, which tends to reward smaller and poorer states, as well as those that spend a lot of their own money on education.

Louisiana, New York, and Wyoming, for instance, are getting much more per student than the average state.

Colorado, meanwhile, is a relatively affluent state with low levels of school spending. That means fewer big winners. The state’s larger high-poverty school districts will get around $4,000 per student from the recent federal packages, according to a Chalkbeat analysis — more than other Colorado districts, but far less than poor districts in other parts of the country.

Meanwhile, some districts within the same state with seemingly similar shares of low-income students will also get very different amounts. That reflects other aspects of the Title I formula, which tends to give more to districts that have shrunk in recent years. It also relies on the federal poverty calculations, not the share of students who qualify for free or reduced-price lunches, a figure commonly used by states.

There are other curveballs, too, that will affect how much schools will have to spend.

In San Antonio, for instance, schools superintendent Pedro Martinez’s biggest concern is that the state will cut his budget in a way that effectively negates the over $5,000 per student in new federal funds the district is due. Texas districts saw that happen a year ago with the first round of pandemic aid.

For now, Martinez is already busy planning an ambitious four-year recovery plan that will allow schools to extend the school year by up to 30 days.

“We’re asking schools, you design a plan working with your parents and teachers of how you’d like to use that extra time,” said Martinez. “This is a three-year plan. This is not one summer, do it all.”

While the new funding offers high-poverty districts an opportunity to fill critical gaps, it also means that their spending is likely to face particular scrutiny in the years ahead, which could lead to skepticism about further investments in schools.

Some policymakers say they’re watching to see if the money produces immediate results. “If students are still performing at the same level after we spend all this money, then money’s not the issue,” Mark White, a Tennessee lawmaker, said recently. “It’s leadership.”

“The problem that we may have is that, even if we spend the money wisely and do things that need to be done, you may not get the turnaround in two or three years,” said Green. “What I’m calling for is more patience.”

Research suggests that money does matter for schools — a number of recent studies have shown that more resources tend to lead to better results for students. But it can take time to clearly demonstrate results, and some of the benefits may come in ways that can’t be measured on a test.

Pinning down the effects of more money may be especially tough in the wake of the pandemic. Since students have fallen behind, it’s possible that extra money may only bring them up to where they would have been academically if not for the pandemic.

But for some advocates of providing extra funding to poor districts, now is the time to prove they can put the money to good use. President Biden has previously promised to triple Title I funding every year.

“Take the money, use it well, and show us the good job you did so we will be empowered to make the argument that money made a difference,” said Rep. Bobby Scott, who championed sending money to schools through Title I as chair of the House education committee.

Birks in Chester is eager to prove the value of that investment. She sees this funding as a step toward closing equity gaps that have long existed between her students and those who live just a six-minute drive away.

“There is such great contrast to what students have,” she said. “We have the opportunity now to reimagine the district in a way that we would never have otherwise if we did not have these financial resources.”

This article was originally posted on Unprecedented federal funding is on the way. High-poverty schools are starting to reckon with how to spend it.