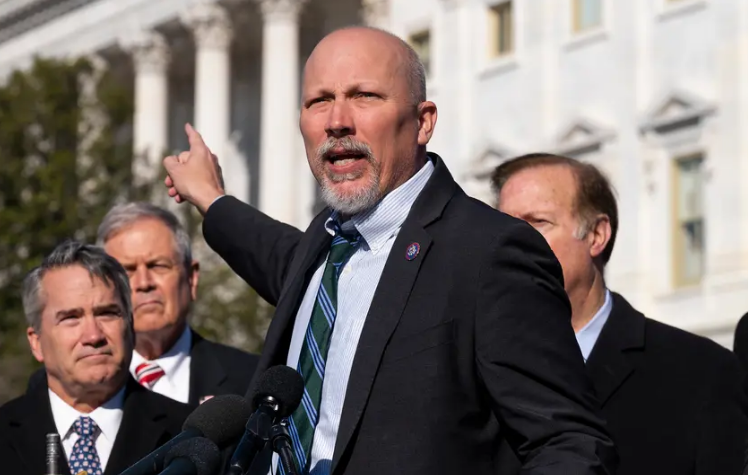 After removing Rep. Liz Cheney of Wyoming from her congressional leadership post, U.S. House Republicans are now expected to vote on installing a new conference chair on Friday. Rep. Chip Roy, R-Austin, might be in the running.

The Daily Caller first reported that Roy is considering a bid to challenge Rep. Elise Stefanik of New York, who has been openly campaigning for the post. The political newsletter Punchbowl News later confirmed the news.

“While not ruling anything out, Congressman Roy has never sought a position in conference leadership. His focus is on serving Texas’ 21st Congressional district, the American people, and the Constitution. But if the position must be filled, then this must be a contested race — not a coronation,” Roy’s office said in a statement.

Elected in 2018, Roy has sided with pro-Trump positions nearly 90% of the time, according to FiveThirtyEight. Cheney ascended to the Republican conference chair position as a sophomore herself in 2019 after first being elected in 2016.

But Roy has proven more willing to question Trump than some of his Republican colleagues in the Texas delegation, like Rep. Ronny Jackson of Amarillo, who tweeted about voting against Cheney and tacked on a “#MAGA” hashtag at the end of his tweet.

When Trump faced his second impeachment, Roy said Trump “deserves universal condemnation for what was clearly impeachable conduct — pressuring the vice president to violate his oath to the Constitution to count the electors.” Even so, Roy voted against Trump’s second impeachment, unlike Cheney, basing his decision on the kind of precedent he thought it would set for political speech.

Stefanik has become a serious contender for the third highest spot in Republican House leadership, mainly for being a staunch supporter of the former president. She has won the endorsement of Trump himself as well as support from GOP House leader Kevin McCarthy of California. But Roy and some other Republicans have raised concern about her voting record, which is more moderate than Cheney’s.

In an interview with the conservative outlet Newsmax, Rep. Lance Gooden, R-Terrell, said Stefanik is a “given” to win the Republican leadership role on Friday because of the amount of support she has mounted from Republican colleagues so far.

“One of the problems of those who had issues with Elise were that no one had really stepped forward to run against her, they were being critical, but no one really seemed to have the nerve to put their name down. So it seems as if Chip Roy is that candidate,” Gooden said. “I suspect Elise will win. She has the support of a majority of the caucus.”

Roy penned a memo to Republican colleagues earlier, not only lambasting Cheney, but also opposing Stefanik’s campaign to become the new GOP conference chair, accusing the upstate New York Republican of campaigning as a Republican but “then (voting) for and (advancing) the Democrats’ agenda once sworn in.”

“Therefore, with all due respect to my friend, Elise Stefanik, let us contemplate the message Republican leadership is about to send by rushing to coronate a spokesperson whose voting record embodies much of what led to the 2018 ass-kicking we received by Democrats,” Roy said.

According to CNN, Stefanik is expected to participate in a forum Wednesday evening organized by the pro-Trump House Freedom Caucus where she’ll face a slew of questions about her voting record and her plans if she helms the GOP conference.

Amid the turbulence about Cheney’s future in the House Republican conference, Roy’s campaign sent fundraising emails to bank on the drama, stating that “he was the FIRST to call Cheney out on her anti-Trump and self-serving hysterics,” and that “his bold leadership will hopefully lead to a big change.”