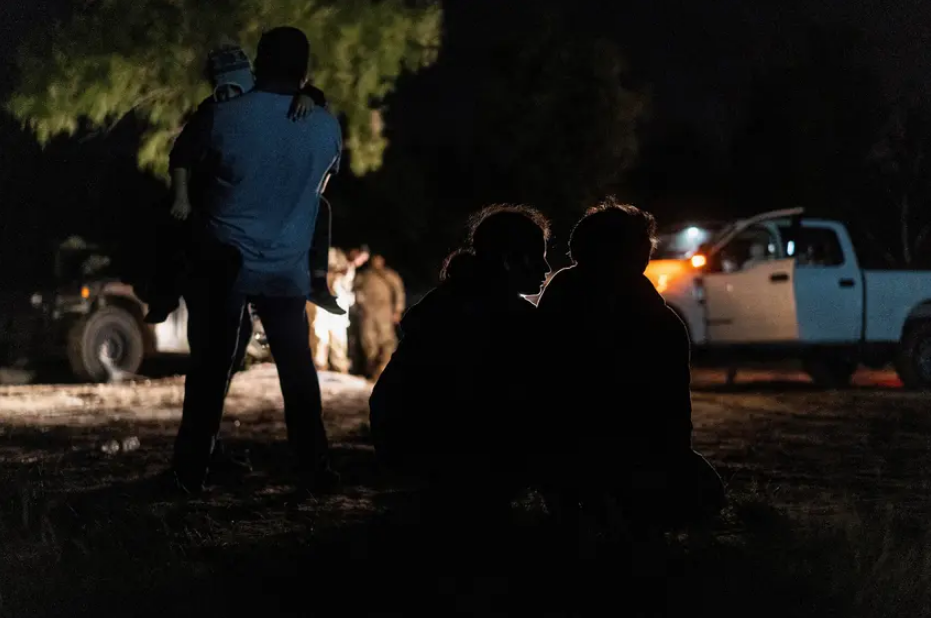 Federal officials have logged more than 1.1 million apprehensions at the U.S.-Mexico border this fiscal year, after another busy month in June, Customs and Border Protection said in a news release Friday.

Many who were taken into custody have attempted to cross the border more than once, officials said.

Apprehensions last reached the 1-million milestone in 2006. But far fewer attempted to cross that year during the searing-hot summer months, when the journey across the Rio Grande or vast ranches is especially dangerous. Approximately 68,000 migrants were taken into custody in June 2006 — compared to 188,829 apprehensions last month, which was a 5% increase from May.

“We are in the hottest part of the summer, and we are seeing a high number of distress calls to CBP from migrants abandoned in treacherous terrain by smugglers with no regard for human life,” said Troy Miller, acting commissioner of U.S. Customs and Border Protection. “Although CBP does everything it can to locate and rescue individuals who are lost or distressed, the bottom line is this: the terrain along the border is extreme, the summer heat is severe, and the miles of desert migrants must hike after crossing the border in many areas are unforgiving.”

The government’s tally of individual people stopped at the border, as opposed to total apprehensions, shows 455,000 people taken into custody so far this fiscal year, compared to nearly 490,000 at this time in 2019.

Border apprehensions have risen every month since President Biden took office, presenting political and logistical concerns for the new administration as Democrats seek to pass legislation that would allow the 11 million undocumented immigrants already living in the United States to apply for citizenship.

Republicans have expressed frustration with the increased border crossings, while Democrats say migrants are fleeing turmoil and poverty in their homelands and should be allowed to seek asylum.

CBP said this year’s numbers “somewhat overstate” the actual crossings because so many have been expelled into Mexico under a public-health order the Trump administration put in place during the coronavirus pandemic, only to try to enter again.

The Biden administration has kept that public-health order in place, though Biden has exempted unaccompanied minors and increasingly, migrant families.

Thirty-four percent of those caught crossing the border illegally in June had tried to enter the United States at least once before in the last year, officials said. In fiscal years 2014 to 2019, repeat attempts were much lower, averaging about 14%.

Single adults are the largest group of those attempting to cross, though their numbers dipped 3% in June, and most were expelled. Apprehensions of unaccompanied minors and migrant families — groups that provoked a border crisis in fiscal 2019 — increased in June, the agency said.

Approximately 14% of families were expelled in June, down from 20% in May.

“By any measure, we have the worst crisis at our southern border than we’ve had in at least two decades,” Sen. Rob Portman, R-Ohio, said Thursday at a confirmation hearing for Harris County Sheriff Ed Gonzalez, who Biden has nominated to direct Immigration and Customs Enforcement, which detains and deports immigrants after they enter the United States. “The numbers are overwhelming.”

A Washington Post/ ABC poll found that 33% of Americans approve of how Biden is handling the border influx, while a slim majority (51%) disapprove, including 90% of Republicans.

This article was originally posted on U.S.-Mexico border apprehensions for the fiscal year surpassed 1 million in June