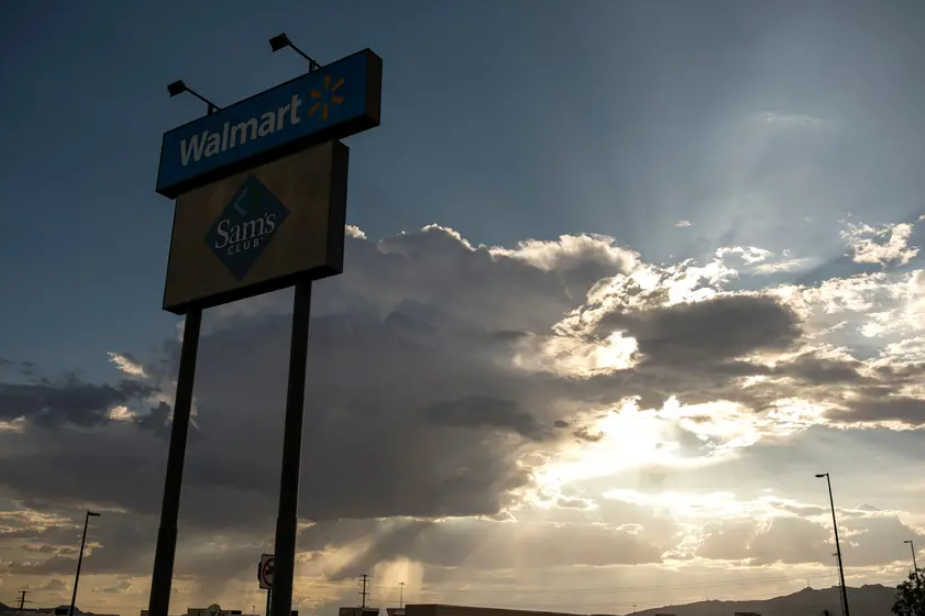 Days before its official unveiling on Tuesday, El Paso County Judge Ricardo Samaniego walked through the healing garden planted to honor the victims of the 2019 Walmart mass shooting.

Since the hate crime that took the lives of 23 people and left dozens more injured, Samaniego has been involved in every painstaking detail of the garden. This includes the shape — “circular, like a hug,” 23 Italian cypress trees planted by family members of the victims, and the fountains with calming cascades of water.

“The sound of water always gives us a sense of healing,” said Samaniego, a mental health therapist, who hopes the garden will honor lives lost and give people the strength to move forward. “They should never die in vain. ‘What is it I could do to make things more transformational?’”

Two years later, as El Pasoans remember the victims, they’re also reminded of the broken promises made by top leadership in Texas in the wake of the shooting. The alleged gunman from North Texas drove 10 hours to El Paso to, in his own words posted on a racist online platform, “stop the Hispanic invasion of Texas.”

The initial reaction from some Republican leaders in Texas was sympathy and concern.

Texas Gov. Greg Abbott immediately called for safety commission roundtable discussions in El Paso to “generate ideas to combat the rise of extremist groups and hateful ideologies, keep guns out of the hands of deranged individuals and combat domestic terrorism in Texas” according to a press release his office issued weeks after the shooting.

At a safety commission meeting in Austin in late August 2019, Abbott said he was committed to “action and results.”

But two years after the attack, some of the conditions that led to the shooting remain entrenched; violence by extremist groups is on the rise, according to the FBI and the U.S. Department of Justice; and rhetoric describing migrants as criminals and invaders is now espoused by Texas’ Republican leadership, including Abbott.

And in what some call an affront to the victims’ families, Texas Republicans expanded gun rights earlier this year when the state Legislature passed a permitless carry bill. Beginning in September, Texans will be allowed to carry handguns without permits or training. Abbott supported what he called the “constitutional carry” bill and signed it into law.

The governor’s office declined an interview, citing his busy schedule.

Moreover, the border continues to be portrayed as a dangerous place that needs to be defended. At a recent press conference, Texas Lt. Gov. Dan Patrick said, “We are being invaded. That term has been used in the past, but it’s never been more true.”

He was speaking about the record number of migrants crossing the Texas-Mexico border. The alleged gunman used the word “invasion” in his manifesto posted before the mass shooting in El Paso.

Abbott has said homes are “being invaded” on the border and he has a responsibility to protect Texans. He’s seeking donations to build a Texas border wall, which is reminiscent of the crowdfunding effort in the weeks before the mass shooting when a private group — We Build the Wall — chose the El Paso border area to erect a half-mile private wall.

Three leaders of the group, with strong ties to former President Donald Trump, were later indicted for conspiracy to commit wire fraud and money laundering.

Critics, led by U.S. Rep. Veronica Escobar, D-El Paso, have called out top leadership in Texas, including Abbott, for inflammatory language, which they warn will lead to more bloodshed.

“Not only has he not done anything, but we’ve gone in the opposite direction, the more dangerous direction on so many fronts,” Escobar said.

Abbott recently deployed the National Guard and ramped up Texas Department of Public Safety patrols in border counties. He issued an executive order directing DPS troopers to “stop any vehicle upon reasonable suspicion” of transporting migrants who “pose a risk of carrying COVID-19.” The American Civil Liberties Union of Texas says the order will lead to racial profiling.

The Department of Justice filed a lawsuit in El Paso on Friday asking a judge to block Abbott’s order. U.S. Attorney General Merrick Garland, in a letter to Abbott, described the order as “dangerous and unlawful.”

Escobar was home on the day of the mass shooting in 2019 and in the U.S. Capitol this year during the violent insurrection. “El Paso during the Aug. 3 domestic terrorist attack, and being literally inside the Capitol as terrorists surrounded us on Jan. 6, there is absolutely a through line there,” she said. “And I have said before words have consequences.”

Samaniego, the El Paso County judge, also sees similarities in the attacks by the mob at the U.S. Capitol and the lone gunman who traveled to El Paso.

“It was a narrative that he picked up that felt that he had to act on. How different is that from January the 6th?” he said. “They pick up the narrative, they think they’re going to defend the country in that particular way with anger and, you know, ugliness, as a way to solve I don’t know what.”

There were other common threads: Participants in the violent pro-Trump mob hurled racial slurs at Black police officers when they stormed the Capitol building, according to Capitol police officers who testified before the House select committee investigating the deadly attack.

As El Paso remembers the Aug. 3 mass shooting, there’s a renewed call to action to prevent more hate crimes and violence in other cities.

“We’re two years removed from the horrific massacre in El Paso, and while it was somewhat of a wake-up call for some people, we still have a long way to go in stemming the tide of rising xenophobia and extremism,” said Dena Marks, senior associate director for the Anti-Defamation League’s Southwest region.

Marks stressed Texas is a “troubling and disturbing” example where some political leaders continue to use “inflammatory and divisive rhetoric, especially as it pertains to immigration because words have consequences,” adding, “we need our leaders to lead and call out hate whenever it arises, not stand by and stoke more fear with hateful words.”

Some of those who survived the mass shooting in El Paso two years ago worry about more hate crime bloodshed.