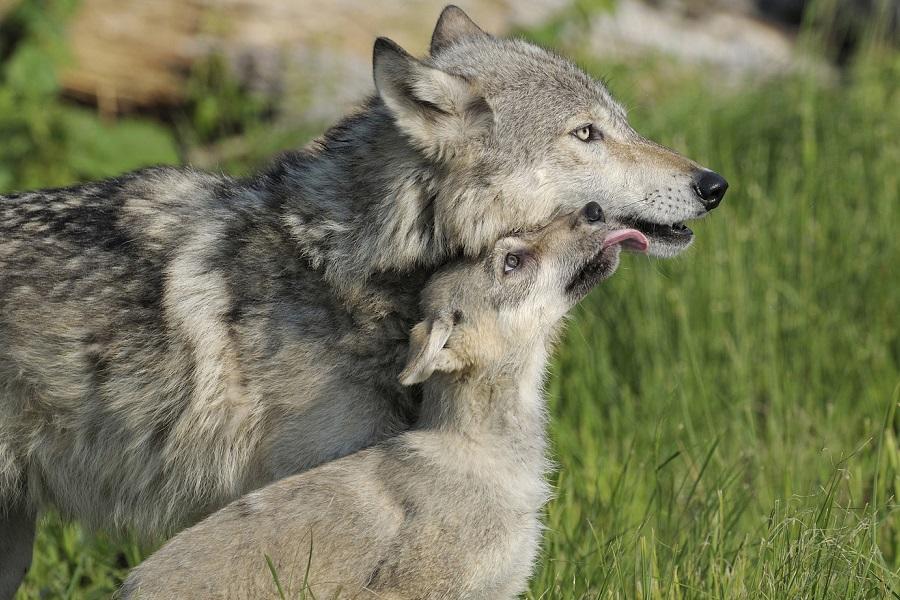 Two bills designed to reduce the wolf population in Montana by extending the trapping season and allowing licensed trappers to use snares were met with significant opposition during recent hearings before the House Fish, Wildlife and Parks Committee.

On Thursday, Jan. 28, two proponents offered testimony in favor of the proposal to expand the trapping season, and 18 people spoke in opposition.

Rep. Fielder said he decided to introduce the bill after the Fish and Wildlife Commission rebuffed a series of recommendations brought by western Montana sportsmen calling for wildlife managers to reduce wolf populations and expand hunting opportunities for ungulates like deer, elk and moose.

“The commission rejected all those recommendations, so on behalf of sportsmen in Region 1, which includes my district, I’m bringing this back to the Legislature,” he said.

Fielder said establishing a season start date of the Monday after Thanksgiving and a closing date of March 15 would make traps more effective by skirting some of the weather-related challenges trappers tangle with during the current season, which runs Dec. 15 to Feb. 29. Milder weather in an expanded season could help trappers deal with snowfall and ice that can render leg traps inoperable, he said.

He also noted that Idaho has an even longer trapping season than what he has proposed.

Garrett Bacon, of East Helena, echoed Fielder’s assertion that hunters are having a difficult time harvesting elk as the wolf population grows. House Bill 225 would help remedy that, he said.

“All we’re asking for is just a little bit more time to get into some better seasons … to help keep control and management of the wolves,” he said.

Opponents delivered arguments from several different angles. Many took an ecological tack, speaking about how apex predators like wolves can curb the spread of chronic wasting disease by culling unhealthy animals from deer and elk herds. Several pointed to trapping’s potential for injuring or killing other animals.

According to a 2018 report from Montana Fish, Wildlife and Parks, snares and traps captured a reported 349 non-targeted animals from 2012 to 2017. Forty-five percent of those trappings resulted in the animal’s death. Of those that survived, 33% were reported to have been injured. Most of those captures were the result of traps set for coyotes, and 10% were attributed to wolf traps.

Mountain lions and domestic dogs are particularly prone to incidental capture. Of the 99 mountain lions that were caught in traps or snares from 2012 to 2017, 67% were killed or euthanized. Dogs were trapped 148 times over that six-year span. Seven of them died. Other non-targeted animals caught in traps or snares included wolverines, grizzly bears, bobcats, elk and deer.

Representatives of Wolves of the Rockies and the Endangered Species Coalition said the indiscriminate nature of traps also increases the likelihood of pregnant wolves or wolves with young pups being caught, which could give the state a black eye.

“Wolves mate in February. Gestation is about 60 days. So when you go into March and the middle of March, you’re in mid-term or late-term pregnancies for these wolves,” said Wolves of the Rockies President Marc Cooke. “Hunters don’t like killing animals that are pregnant. … That’s not right. That’s not Montana. It’s unethical.”

As with most other hunting seasons, the wolf-trapping season is set by the Fish and Wildlife Commission, which can change start and end dates at its discretion. Several opponents argued that the commission already has the authority to establish a season in line with Fielder’s proposal if it chooses and the bill is therefore unnecessary.

Nick Gevock, Montana Wildlife Federation’s conservation director, testified that although his organization supports ethical, fair-chase hunting and trapping, it’s opposed to writing season start or end dates into law. He argued that the Fish and Wildlife Commission should be responsible for setting those parameters, not the Legislature, and that flexibility is important for sound wildlife management. Montana Audubon Policy and Science Director Amy Seaman echoed Gevock’s argument, saying the bill creates “code clutter” by establishing a recommendation that the Fish and Wildlife Commission would be able to override.

Fielder countered that even if the commission ultimately decides to set season dates that differ from his proposal, HB 225 offers clear direction about the Legislature’s desire to see the wolf population reduced. In introducing the bill, he said 19 co-sponsors support the measure. All of them, he said, are calling for fewer wolves in Montana.

Although both proponents and opponents referenced wolf population and harvest data presented by Fielder when he introduced the bill, they drew different conclusions from the same information.

“If you total up the number taken by hunting, trapping by [U.S.] Wildlife Services and producer removal — or livestock control — we removed 366 wolves in Montana [during the 2019-2020 season], yet the population is still four times higher than what’s required by the wolf management plan,” Fielder said.

Fielder’s data provide population estimates based on two different models. Depending on which model is referenced, the wolf population in Montana is currently estimated at between 833 and 1,156, and peaked in either 2011 or 2013 with between 1,105 and 1,254 animals.

“As I’m looking at it, our wolf population peaked in 2013 and has been trending down and really leveled off the last couple of years, while at the same time the harvest quotas are going up,” argued Derek Goldman with the Endangered Species Coalition. “The trappers are doing a really good job killing wolves.”

Trappers harvested 130 wolves in the 2019-2020 season, a 34% increase from 2012-2013, the first year wolves could legally be trapped in Montana following the species’ 2011 delisting from the Endangered Species Act, which was directed by Congress.

Another point brought up by opponents was the low number of trappers in Montana relative to the larger recreating public. They maintained that just half of 1% of Montana’s population participates in trapping, and the rest of the recreating public and their animals shouldn’t be put at risk on public lands to accommodate the practice.

In response, Fielder noted that four years ago Montana voters defeated I-177, which would have banned trapping and snaring on state land. He said every county but one voted down the measure.

Many of the people who spoke at the Jan. 28 hearing also spoke when the committee met again Tuesday, Feb. 2, to discuss the Fielder bill that would write wolf snaring into Montana law.

On Tuesday seven people gave testimony in support of HB 224, and more than 30 people voiced opposition. The themes on both sides were largely the same as those voiced during HB 225’s hearing, with the addition of several new ones, namely the lethality of snares, particularly to domestic animals.

During the public testimony portion of the hearing, some bill opponents challenged that assertion.

“Idaho, Montana and Wyoming have more elk now than in 1995, when wolves were returned,” said Norman Bishop, who worked on wolf reintroduction in Yellowstone National Park.

Two mountain lion hunters also spoke in opposition to HB 224 on Tuesday, saying they’re opposed to the use of snares due to the potential for mistakenly catching mountain lions and the expensive hounds they use to hunt them.

Matt Lumley, with the National Trappers Association and the Montana Trappers Association, said he’s personally familiar with that risk, since one of his hounds has been caught in a snare. He said that because his dog was trained, it sat without struggling or fighting the restraint and was able to be safely freed.

Lumley’s point draws into focus how snares work. Whereas the leg-hold traps used by wolf trappers often don’t immediately kill what they’ve caught, snares are designed to kill an animal within minutes.

Although they’re designed to work quickly, several opponents noted that sometimes a snare can take hours or even days to kill an animal, depending on how the snare is set, what part of the animal is caught, and how much it struggles. In order for a neck snare to work as intended, an animal must resist the snare, thereby tightening the cable around its neck.

Carter Niemeyer, a retired U.S. Fish and Wildlife Service wildlife biologist who trapped professionally for more than four decades, said he’s seen firsthand some of the injuries that snares can levy upon wolves they don’t kill: broken teeth, cut gums and torn lips. “It’s just really an ugly scene with snares,” he said.

Fielder said many snares have breakaway mechanisms so that the weight of a larger animal can trigger its release. He also noted that snares are already in use for other animals in the state, including coyotes, red foxes and beavers.

There are at least two more bills that aim to revise current law around wolf management that have yet to be heard in committee. Both are sponsored by Republican Sen. Bob Brown, another Thompson Falls lawmaker. One would classify wolves as predators; the other would allow hunters and trappers to accept reimbursement for costs incurred harvesting wolves.