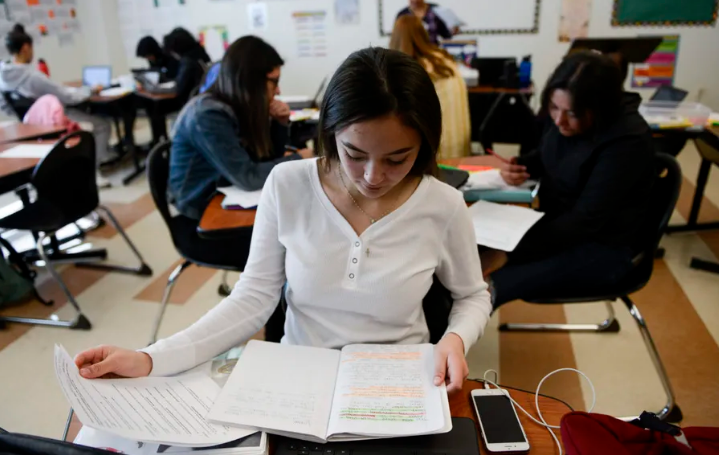 The Adams 14 school board announced two finalists for the superintendent position and will be taking feedback from the public before narrowing down the selection.

Both finalists are long-time bilingual educators.

Karla Loria, currently the chief academic officer in the Clark County School District in Nevada, studied and worked for some time in Costa Rica, and has held leadership roles in Houston and in the Harrison school district in Colorado Springs.

Stephen Linkous, the chief of staff of the Kansas City school district in Kansas, graduated from Denver’s North High School and studied at the University of Denver.

After working his way up from teaching, he was principal of Kepner Middle School in Denver from 2011 to 2014, just before the district worked to move in new school programs at Kepner after years of low performance.

Both applicants for the top job in Adams 14 will participate in a virtual community forum Tuesday evening. The school board will accept feedback from the public through the week and then will conduct public interviews Friday afternoon.

The Adams 14 school district, serving about 6,100 students, has not had its own superintendent for the past two years. The Colorado State Board of Education ordered the district to hire a third-party group to help manage and improve student achievement.

Adams 14’s students primarily come from low-income families, and more than half of the students are identified as English language learners. The district has struggled with serving those students well in the past, and has been under federal investigation for discrimination against those students and their families.

The district recently created a new plan to serve English language learners, which has been approved by the U.S. Department of Education’s Office for Civil Rights.

The district’s selected manager, MGT Consulting, a for-profit Florida-based company, set up a local team in Colorado to manage Adams 14 and appointed Don Rangel, a local long-time superintendent, to lead it.

Going into its third year running Adams 14, MGT plans to allow the district to start taking more control of its administration, including by hiring its own superintendent.

Board members described the process of narrowing the finalists as one of their most difficult decisions this year because of many good candidates.