Home » Trying to make sense of how Texas ranks on coronavirus vaccinations? Here’s a look behind the numbers. 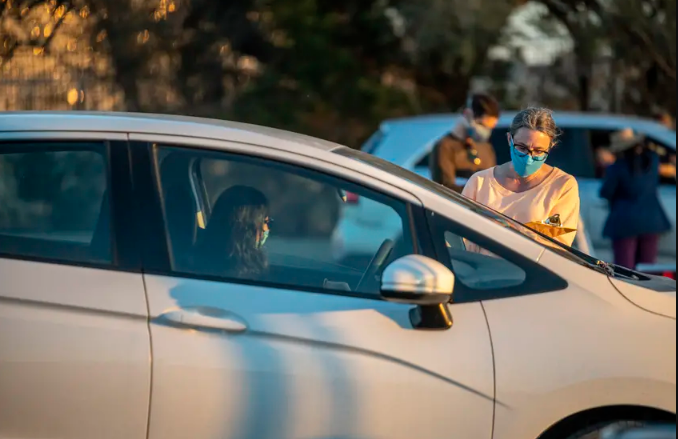 Trying to make sense of how Texas ranks on coronavirus vaccinations? Here’s a look behind the numbers.

As Texas lumbers toward its goal of vaccinating most of its 22 million residents eligible for the COVID-19 vaccine, the state continues to show up in the lower half of some national rankings measuring states’ progress toward reaching herd immunity against the coronavirus.

Texas ranks 45th nationally in terms of the overall percentage of its population fully vaccinated, according to Becker’s Hospital Review, a business publication whose rankings are widely circulated. On Friday it ranked 36th in terms of how fast allocated doses are going into arms.

Looking only at the adult population, the state has fully vaccinated 23% of residents 18 and older, compared to 25% for the nation as a whole.

Meanwhile, Texas beats the national percentage of senior citizens who have been fully vaccinated.

Rankings are done by a variety of news organizations and health research groups and are usually based on statistics tracked by the U.S. Centers for Disease Control and Prevention.

The state’s vaccination effort has been plagued by geographical, demographic and data challenges, many of which are unique to Texas, including a higher-than-average number of people who are too young to get the vaccine and a sluggish data collection system that can take days to publicly report doses administered.

An average of 265,910 administered doses were reported in Texas each day in the last week, but state officials say potentially tens of thousands more may not be reported on a timely basis due to lag times and some providers still unable to report daily numbers.

Health organizations and statisticians say Texas’ own fractured distribution system can’t be let entirely off the hook for what appears to be, by many measures, a slower-than-average rollout.

But the various national rankings — which vary widely depending on which metric is used and where the data is coming from — can change quickly and are also subject to delays in reporting, state officials said. The February winter storm also created a domino effect, with providers unable to administer what officials said at the time could have been 1 million doses that week, which would have moved the state higher in the rankings.

For those reasons, officials say, rankings can tell an incomplete story about where Texas falls in comparison to the rest of the country.

CDC officials have said state data can lag and are not uniformly updated across every state, and federal vaccination programs may also report their administered doses on a separate timeline, which can lead to further undercounts or lags.

Texas’ vaccination effort has been successful in terms of lowering COVID-19 transmission rates, deaths and hospitalizations, even as some other states are seeing increases, which “shows how far we’ve come,” no matter what the rankings say, said Chris Van Deusen, spokesperson for the Texas Department of State Health Services.

The state continues to streamline the process and reach more marginalized communities, he said, most recently through the creation of a centralized statewide registration site and hotline for health departments and community clinics.

“Vaccine providers across the state have done an excellent job getting shots into arms and are further picking up the pace,” he said.

Critics of Texas’ vaccine rollout say that rankings — however they are interpreted — are still useful when evaluating how Texas has managed its program and can identify weaknesses as the state participates in the largest vaccination program in U.S. history, said Gizem Nemutlu, assistant professor of data analytics at Brandeis International Business School.

“The total number of vaccines administered as a count is not terrible, but the coverage [of its overall population] is really low compared to other states,” she said. “So I think they [Texas] should look into the reasons why Texas is not operating well to serve its community and residents in a better way. I think it is an operational problem.”

By that measure, Texas is a bit higher in the overall rankings, on par with populous states like California and Florida and just under the national totals.

Texas also ranks higher than the national rate in terms of fully vaccinated people over 65, with 61% of that age group fully inoculated in the state, compared with 58% nationwide. Texas is ahead of more than 30 states on that metric.

Another key measure of a state’s vaccination program is the percentage of doses received by the state that have actually been given to people.

Texas has administered 91% of the 14.5 million doses that have been received by providers, according to DSHS.

But popular rankings, which show Texas at 73% as of Friday and ranked 36th, measure doses going into arms against the number of doses allocated to the state. That measure uses the nearly 20 million doses that have been allocated to Texas, but not all of them have arrived in the state yet, and a large portion of those doses are administered by federal programs that don’t regularly report their vaccination rates to the state.

Texas has moved up in various national rankings from its early position near the bottom last month, in spite of challenges that complicated the state’s vaccine rollout, Van Deusen said.

Texas is also an enormous state with roughly 10 million people living in largely rural areas west of the state’s largest cities. Getting doses to these remote areas slowed the rollout in some areas, state officials have said.

And unlike states like Florida and California that have more centralized public health systems — and therefore can compile statewide data and control distribution more easily — Texas’ decentralized public health system has spread the responsibility for vaccinations and data collection among thousands of individual providers, Van Deusen acknowledged.

“It all kind of adds up,” Van Deusen said.

An underfunded public health system, combined with a state immunization registry that was not set up to easily handle the massive reporting required during the pandemic, may be the largest reason Texas doesn’t rank higher, said Allison Winnike, president and CEO of The Immunization Partnership, based in Houston.

“If Texas, in every legislative session, would have put in the money for our public health infrastructure or modernized our immunization registry years ago, as it should have been, we would be miles ahead of where we are today,” Winnike said.

This article was originally posted on Trying to make sense of how Texas ranks on coronavirus vaccinations? Here’s a look behind the numbers.