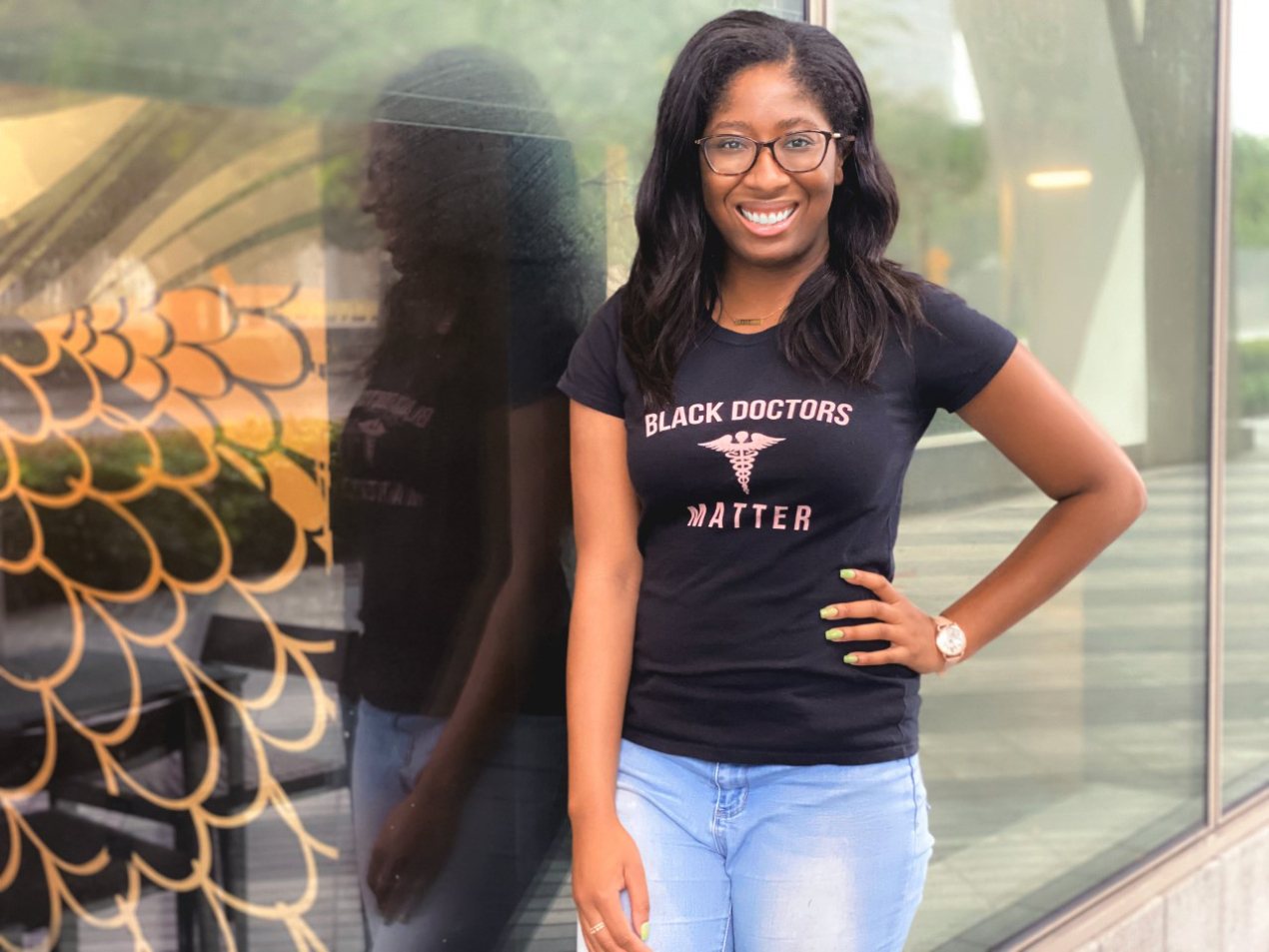 Hibbert said she got the idea for the website after she gave birth to her son 15 years ago.

Her obstetrician was white, and the suburban hospital outside Miami didn’t feel welcoming to Hibbert as a Black woman pregnant with her first child.

In addition to shared culture and values, a Black physician can offer Black patients a sense of safety, validation and trust. Research has shown that racism, discrimination and unconscious bias continue to plague the U.S. health care system and can cause unequal treatment of racial and ethnic minorities.

Black patients have had their complaints and symptoms dismissed and their pain undertreated, and they are referred less frequently for specialty care. Older Black Americans can still remember when some areas of the country had segregated hospitals and clinics, not to mention profoundly unethical medical failures and abuses, such as the 40-year-long Tuskegee syphilis study.

But even today, Black patients say, too many clinicians can be dismissive, condescending or impatient — which does little to repair trust. Some Black patients would prefer to work with Black doctors for their care, if they could find any.

Hibbert is working on turning her website into a more comprehensive, searchable directory. She said the most sought-after specialist is the obstetrician-gynecologist: “Oh, my gosh, the No. 1 call that I get is [for] a Black OB-GYN.”

For Black women, the impact of systemic racism can show up starkly in childbirth. They are three times as likely to die after giving birth as white women in the United States.

Nelson Adams is a Black OB-GYN at Jackson North Medical Center in North Miami Beach, Florida. He said he understands some women’s preference for a Black OB-GYN but said that can’t be the only answer: “If every Black woman wanted to have a Black physician, it would be virtually impossible. The numbers are not there.”

And it’s also not simply a matter of recruiting more Black students to the fields of medicine and nursing, he said, though that would help. He wants systemic change, which means medical schools need to teach all students — no matter their race, culture or background — to treat patients with respect and dignity. In other words, as they themselves want to be treated.

“The golden rule says, ‘Do unto others as you would have them do unto you,’ so that the heart of a doctor needs to be that kind of heart where you are taking care of folks the way you would want to be treated or want your family treated,” he said.

George Floyd’s murder in Minneapolis in May 2020, and the subsequent wave of protests and activism, prompted corporations, universities, nonprofits and other American institutions to reassess their own history and policies regarding race. Medical schools were no exception. In September, the University of Miami Miller School of Medicine revamped its four-year curriculum to incorporate anti-racism training.

New training also became part of the curriculum at Florida Atlantic University’s Charles E. Schmidt College of Medicine in Boca Raton, where students are being taught to ask patients about their history and experiences in addition to their bodily health. The new questions might include: “Have you ever felt discriminated against?” or “Do you feel safe communicating your needs?”

“Different things that were questions that we maybe never historically asked, but we need to start asking,” said Dr. Sarah Wood, senior associate dean for medical education at Florida Atlantic.

The medical students start learning about racism in health care during their first year, and as they go, they also learn how to communicate with patients from various cultures and backgrounds, Wood added.

These changes come after decades of racist teaching in medical schools across the United States. Adams, the OB-GYN, completed his residency in Atlanta in the early 1980s. He recalls being taught that if a Black woman came to the doctor or hospital with pain in her pelvis, “the assumption was that it was likely to be a sexually transmitted disease, something we refer to as PID, pelvic inflammatory disease. The typical causes there are gonorrhea and/or chlamydia.”

This initial assumption was in line with a racist view about Black women’s sexual activity — a presumption that white women were spared. “If the same symptoms were presented by a Caucasian, a white young woman, the assumption would be not an STD, but endometriosis,” Adams said. Endometriosis is not sexually transmitted and is therefore less stigmatizing, less tied to the patient’s behavior.

That diagnostic rule of thumb is no longer taught, but doctors can still bring unconscious racial bias to their patient encounters, Adams said.

While they revamp their curricula, medical schools are also trying to increase diversity within their student ranks. Florida Atlantic’s Schmidt College of Medicine set up, in 2012, a partnership with Florida A&M University, the state’s historically Black university. Undergraduates who want to become doctors are mentored as they complete their pre-med studies, and those who hit certain benchmarks are admitted to Schmidt after they graduate.

Dr. Michelle Wilson took that route and graduated from Schmidt this spring. She’s headed to Phoebe Putney Memorial Hospital in Albany, Georgia, for a residency in family medicine. Wilson was drawn to that specialty because she can do primary care but also deliver babies. She wants to build a practice focused on the needs of Black families.

“We code-switch. Being able to be that comfortable with your patient, I think it’s important when building a long-term relationship with them,” Wilson said.

“Being able to relax and talk to my patient as if they are family — I think being able to do that really builds on the relationship, especially makes a patient want to come back another time and be like, ‘I really like that doctor.’”

She said she hopes her work will inspire the next generation of Black doctors.

“I didn’t have a Black doctor growing up,” Wilson said. “I’m kind of paving the way for other little Black girls that look like me, that want to be a doctor. I can let them know it’s possible.”