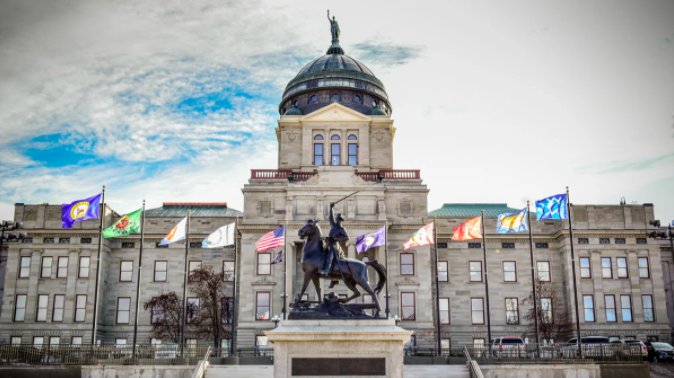 Lawmakers scrambled this week to begin drafting a plan for spending the nearly $3 billion heading to the state under the new round of federal COVID-19 stimulus, even as legislative work on hot-button social policy, election administration and other issues continued.

Legislators assigned to fiscal committees spent much of the week collecting ideas for the stimulus money heading to the state under the American Rescue Plan Act, signed into law by President Joe Biden last week. While that work was hampered by uncertainty about the specific rules federal agencies will ultimately adopt for large portions of that money, early contenders for stimulus dollars include state investments in water and sewer infrastructure, as well as a $350 million broadband connectivity program.

Lawmakers plan to amend allocations for the stimulus money into House Bill 632. Another $461 million in spending from an earlier round of federal stimulus, allocated by House Bill 630, cleared an initial vote in the House Friday.

Both bills come on top of the state’s routine two-year budget bill, House Bill 2, which passed out of the House Appropriations committee last week. Clocking in at $12.6 billion in proposed spending in its current form, HB 2 is expected to head to the House Floor Monday.

Three hotly contested social issue bills have cleared committee review in their second legislative chamber, meaning only one round of floor debate separates them from the governor’s desk.

On the other side of the Legislature, the Religious Freedom Restoration Act, Senate Bill 215, also passed out of the House Judiciary Committee. Proponents say the bill would strengthen protections for religious expression by increasing the burden on government entities when they interfere with faith-based actions. Opponents say SB 215 will green-light discrimination on the basis of individual religious beliefs.

After several days of work sessions, the House State Administration Committee unanimously endorsed House Bill 613, the Native American Voting Rights Act, on Friday. The measure would in essence expand a 2014 lawsuit settlement between the state, counties and tribes to improve voter access on three Montana reservations statewide. The bill’s sponsor, Rep. Sharon Stewart Peregoy, brought it in response to Republican-backed proposals she and others say would make it more difficult for Indigenous people to vote.

As passed by the committee, the bill would require tribes and counties to agree on at least one on-reservation alternative or satellite voting office. Counties and tribal governments could also work to place ballot drop-boxes in tribal communities and allow tribal IDs issued under less restrictive requirements than drivers’ licenses as proof of identity for voter registration.

Several bills that make it easier to hunt wolves advanced this week. House Bill 224, which allows for wolf snaring in Montana, and House Bill 225, which writes a wolf trapping season into law, both cleared the Senate, setting them on track toward the governor’s desk. Additionally, Senate Bill 314, which would remove bag limits, authorize hunting with bait and legalize nighttime wolf hunting, or spotlighting, on private land, passed the House Fish, Wildlife and Parks Committee Thursday.

A third effort by the Legislature’s Democratic minority to pitch Republicans on progressive tax policy was struck down in its initial committee. House Bill 631 would have bumped up the state Earned Income Tax Credit for working families at a cost of about $12 million a year, but was tabled Friday by the House Taxation Committee on a party-line vote. A prior Democratic bill that would have created an income tax credit to help lower-income Montanans pay property taxes, and another that would have bumped up income taxes on high earners to expand the Earned Income Tax Credit, suffered similar fates.

This article was originally posted on This week in Helena, March 15-19