Please ensure Javascript is enabled for purposes of website accessibility The pandemic hurt Colorado community college fall enrollment. But not as much as school leaders feared. - American Daily Record Press "Enter" to skip to content

Home » The pandemic hurt Colorado community college fall enrollment. But not as much as school leaders feared. 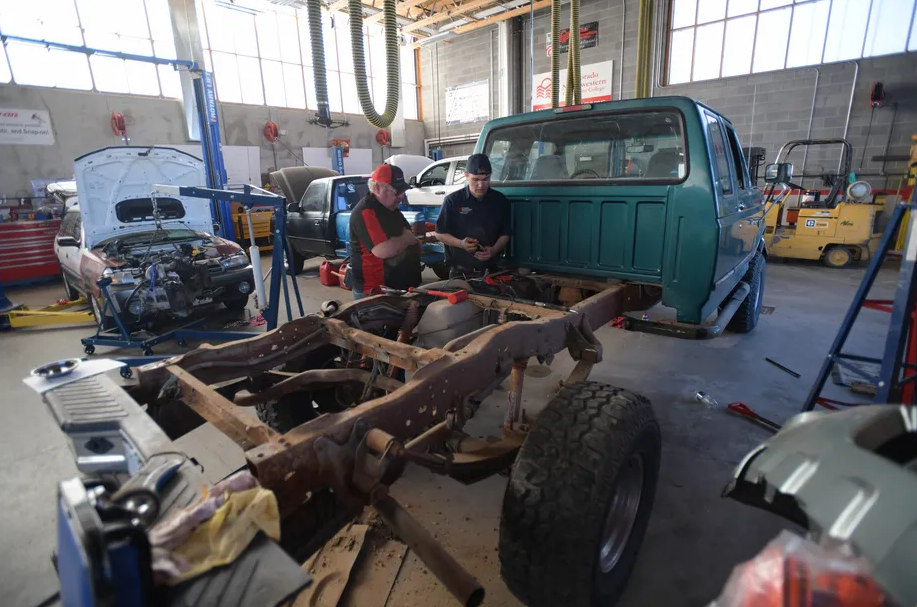 The pandemic hurt Colorado community college fall enrollment. But not as much as school leaders feared.

By Jason Gonzales .Chalkbeat on September 15, 2021

Colorado community college enrollment dipped slightly over last year, an encouraging sign after expectations the pandemic would again deter a larger group of students from attending this fall.

The Colorado Community College System saw enrollment decline half a percent this year compared with last year, according to Joe Garcia, system chancellor. And unlike last year, no school across the state experienced more than a single-digit percentage drop in enrollment.

College leaders across the state worried students wouldn’t show up this fall, especially due to concerns about the delta variant. Many students waited to enroll until the start of school in August, Garcia said, which made determining just how many students would show up on campus this fall difficult.

“They waited until the last minute,” Garcia said. “We worked hard to make them aware of financial aid and other benefits that would make it worth their while to come back.”

That’s troubling for state leaders because community college enrollment can be an important indicator of the overall economic health of the communities the schools serve. The community college system educates the most students of any state system and typically educates older students seeking retraining in high demand jobs. In past economic recessions, enrollment spiked as students sought new opportunities.

During the pandemic, schools have seen a drop-off in the number of older students with families and those who are facing financial hardship.

Overall, the enrollment in the system remains down over 10% from 2019.

Garcia said students with families have needed to tend to school-age children who face the possibility of returning to remote learning during COVID outbreaks. And students from low-families have seen wages increase during the pandemic, possibly keeping more at work.

“Even if you can only go part time, you should not completely put a hold on your education,” Garcia said. “The classroom allows students to remain employed and employable, even in tough times.”

The pandemic has affected every community college in Colorado.

The Community College of Denver, for instance, has seen some of the biggest enrollment declines with a 7% dip this year, according to Garcia.

But even in rural Colorado, students aren’t showing up at the same rate.

Lamar Community College President Linda Lujan, who oversees the eastern Plains school, said she expected big dips in enrollment. That would have been on top of enrollment losses of 10% in fall 2020.

Luckily, Lujan said, the school’s enrollment dipped only 3.4% this year. Federal money has helped offset some of the enrollment losses, but Lujan said she worries most about what fewer students means to the long-term health of the community, especially because the school not only trains students for the local economy, but is also a major employer.

“There’s probably not a week that goes by that I don’t worry about the sustainability of the college,” she said.

Red Rocks Community College President Michele Haney said enrollment is down about 1% from last year. But she’s noticed the pandemic has changed which students are showing up on campus.

The average age of students on her campuses has gone down from 27 in 2019 to 24 this year, she said.

“Younger students are coming to us,” she said. “But I really worry about those who need to be in the workforce.”

At Front Range Community College, where enrollment is down 2% over last year, President Andy Dorsey said that right now he’s focusing on students’ needs rather than enrollment numbers.

Dorsey acknowledged he’s seen a decline among low-income students and those with families, but added that he’s working to ensure the programs that would benefit those students remain strong in the future. Dorsey said the school offers programs that allow the students to work and learn simultaneously, such as its automation program or industrial maintenance. And the school and state system recently partnered with the Colorado School of Mines to offer a seamless transition into the university’s engineering program.

It’s only a matter of time before students begin to return, he said.

“The opportunities we are providing students are really important right now,” Dorsey said. “And I think once we get through the pandemic, some students are going to be feeling more grounded about coming back to college. So I am optimistic.”

This article was originally posted on The pandemic hurt Colorado community college fall enrollment. But not as much as school leaders feared.