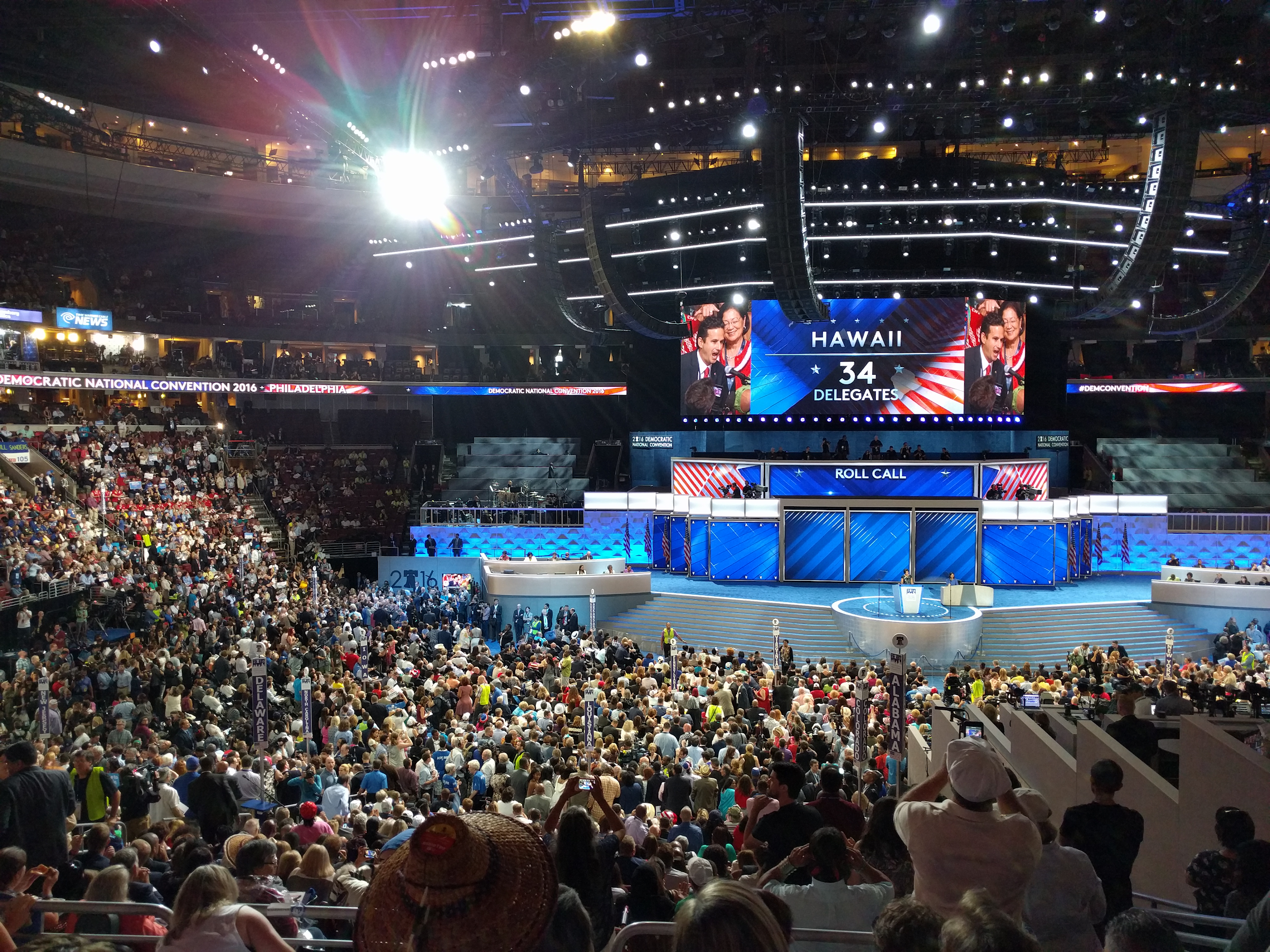 As the coronavirus pandemic continues, America has stopped most social gatherings due to health safety concerns. This meant that many conventions around the world were postponed or cancelled. Many have opted to continue conventions virtually through the Internet. Among those is the Democratic National Convention. Last week, the Democratic Party held its first fully virtual convention with many speakers amid the big presidential election coming up in November.

Although the convention this year is being held in Milwaukee, Wisconsin, most speakers still made their appearances from other locations across the country. The Democrats played it safe on the first night using mostly pre-recorded speeches to reduce the likeliness of technical difficulties. The first night of the convention began with the brothers of George Floyd speaking to Americans. In their speech, Philonese Floyd said, “We must always find ourselves in what John Lewis called, ‘good trouble’ for the names we do not know, the faces, we’ll never see, those who can’t mourn because their murders didn’t go viral.

Former presidential candidate Bernie Sanders and former First Lady, Michelle Obama, also made an appearance warning of another term under the careless President Donald Trump. There were several other emotionally moving moments during the first night of the convection.

On the second night, the DNC did a virtual roll call on votes to nominate Joe Biden as the party’s presidential nominee. Delegates announced their votes from unique locations in their home states like the fire station in Connecticut and the new Black Lives Matter plaza in Washington, DC. The second night also featured speeches from former President Bill Clinton, former Senate majority leader Chuck Schumer, and Jill Biden.

The Republican former chief executive of HP and current CEO of Quibi, Meg Whitman had also made an appearance criticizing the President’s capabilities as a businessman. She said, “I’m a longtime Republican and a longtime CEO — and let me tell you, Donald Trump has no clue how to run a business, let alone an economy.”

In his speech, Barack Obama had criticized President Trump for the first time in public saying that the President does not take the job “seriously.” He argued, “Donald Trump hasn’t grown into the job because he can’t, and the consequences of that failure are severe.”

During the two hours of the third night of the convention, Kamala Harris also formally accepted her nomination as the Democratic Vice Presidential nominee. She delivered an impactful speech. One of the highlights in her speech is when she addressed the current racial crisis in America saying, “There is no vaccine for racism. We have got to put in the work.”

Pop star, Billie Eilish also made an appearance performing her latest song “My Future” for viewers followed by a strong speech with a call-to-action. She emphasized the importance of voting and criticized President Trump saying, “Donald Trump is destroying our country and everything we care about. We need leaders who will solve problems like climate change and COVID, not deny them; leaders who will fight against systemic racism and inequality.”

On the last night of the convention,. Joe Biden accepted the Democratic Party’s nomination. In his speech, he promised to “draw on the best of us, not the worst of us” and “be an ally of the light, not the darkness.”

The last night of the convention also continued the theme of Republicans who have turned from Trump and advocating for Biden’s capabilities to improve the nation. This included an appearance from former veteran Ed Good who had also been a long time Republican.

There were appearances from New York City mayor Mike Bloomberg, Senator Cory Booker, and a surprising appearance from 13-year-old Brayden Harrington. Joe Biden has had to work through his stutter as a public official for 50 years. Harrington shared his story of how Biden helped him overcome his stutter. He said, “I’m just a regular kid, and in a short amount of time, Joe Biden made me more confident about something that’s bothered me my whole life. Joe Biden cared.”

The Republican National Convention has begun this week and they are expected to follow a similar hybrid virtual format.