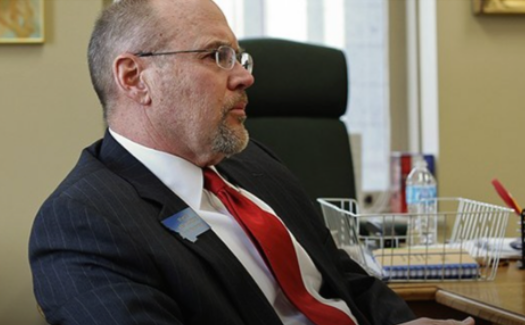 It was on this day five years ago that MTFP’s five original board members, along with a handful of my close friends and advisers, gathered in the basement of the Missoula Public Library for the first meeting of the board of directors.

A lot has happened in Montana, and the world, since then. As we enter our sixth year as Montana’s first nonprofit, digital-first statehouse news organization, I wanted to reflect on how MTFP has grown and evolved since its inception.

As the Columbia Journalism Review observed in March 2016, I was on the verge of leaving journalism when I launched MTFP under the fiscal sponsorship of the Institute for Nonprofit News. From my vantage as the former capital bureau chief of the Great Falls Tribune (a Gannett-owned newspaper I was fiercely proud to report for from late 2007 until my reluctant departure in March 2015) it appeared to me that commercial print journalism as I knew it was in steep decline, and I didn’t see a viable future for my career in the state.

People sometimes assume that I launched Montana Free Press with a detailed vision for its future. The reality is, I started this experiment out of necessity and didn’t know exactly how it would unfold. I didn’t have much of a plan at all beyond my conviction that Montanans have an appetite for independent, objective, watchdog journalism, and that given the chance, they would support it with their hard-earned dollars.

At the time, nonprofit online journalism was starting to become “a thing” across the country. Organizations like ProPublica and the Center for Public Integrity were leading the way nationally, and statewide outfits like the Texas Tribune, VT Digger and Wisconsin Watch were proving it was possible to produce in-depth state-based news with a reader-supported, nonprofit business model. These newsrooms were consistently publishing high-quality, deeply reported, nuanced reporting on issues that mattered to the readers in their states. That kind of journalism is expensive to produce, and yet those organizations were growing their readership even as legacy news organizations continued to decline. I looked at those models and believed Montana could — and would — support its own nonprofit newsroom.

We’ve encountered many hurdles over the past five years, not the least of which was the scarcity of funding in the early days. “Nonprofit news” wasn’t a concept Montana’s philanthropic community was familiar with when we first launched. We didn’t have the backing of an angel donor who was willing to bankroll the start-up and proof of concept. So our get-off-the-ground costs were covered by bundling small donations from supporters, along with the goodwill of friends and acquaintances who opened their homes, shared their Wi-Fi, and welcomed me to their dinner tables. That and a bartending gig.

While many people offered encouragement along the way, others had their doubts. How would a start-up news organization compete in an industry saddled with widely publicized financial problems? How would Montana Free Press find readers in a sea of online options? How would we make money? It was challenging, at times, to withstand the cynicism of those who thought I was on a fool’s errand.

And then a bit of serendipity. Through a fortuitous and unexpected series of events, my reporting and the founding of Montana Free Press ended up playing a central role in the film Dark Money, a feature-length documentary by director and Helena native Kimberly Reed. Dark Money, which debuted at the Sundance Film Festival and made the Oscars shortlist, explored the role untraceable corporate money played in Montana’s political campaigns in the wake of Citizens United. The film aired on PBS stations across the country and was awarded the prestigious Alfred I. duPont-Columbia Award, which honors excellence in broadcast and digital journalism in the public service.

Dark Money was an important film for many reasons, and it was central to the early success of this organization. It introduced Montana Free Press — and nonprofit journalism in general — to a wide range of people across the country who took an interest in the success of our start-up newsroom. In short order, I went from a couch-surfing journalist working mostly out of his pickup to the head of a rapidly growing digital-first nonprofit news organization. I went from figuring out how I was going to pay next month’s bills to planning how we were going to hire our next reporter.

Along the way, I received guidance from a bunch of people who generously shared their time, knowledge and expertise to help me develop a set of skills I didn’t have as a working journalist. These included retired heads of national news organizations, executive directors of established independent news organizations and nonprofits such as the Institute for Nonprofit News. This process wasn’t simply about developing much-needed business knowledge to grow Montana Free Press. It was also about building relationships and fostering a spirit of collaboration among independent news organizations throughout Montana and the nation. In my view, collaboration is critical for a free and independent press to thrive and grow and to remain the bedrock of our democracy.

This support allows us to freely distribute our reporting without a paywall and without advertising on our website. Print, digital and broadcast news organizations throughout the state regularly republish our stories, and we routinely collaborate with our partners in public media at Yellowstone Public Radio and Montana Public Radio. We report and produce a daily legislative update that airs on commercial radio stations across the Northern News Network. Our Long Streets Project uses data and storytelling to examine the economic trends and issues shaping the opportunities Montanans have — or don’t have — to make a decent living. Shared State, a three-way podcast collaboration with public radio, explored what “Montana values” mean to voters and candidates during a campaign season.

In five short years, we’ve grown from an idea into a leading statewide news outlet. Credit for that success goes to all of you who read and listen to Montana Free Press reporting and support the work we do. We hope you’ll be along for the ride for the next five years.

This article was originally posted on The first five years