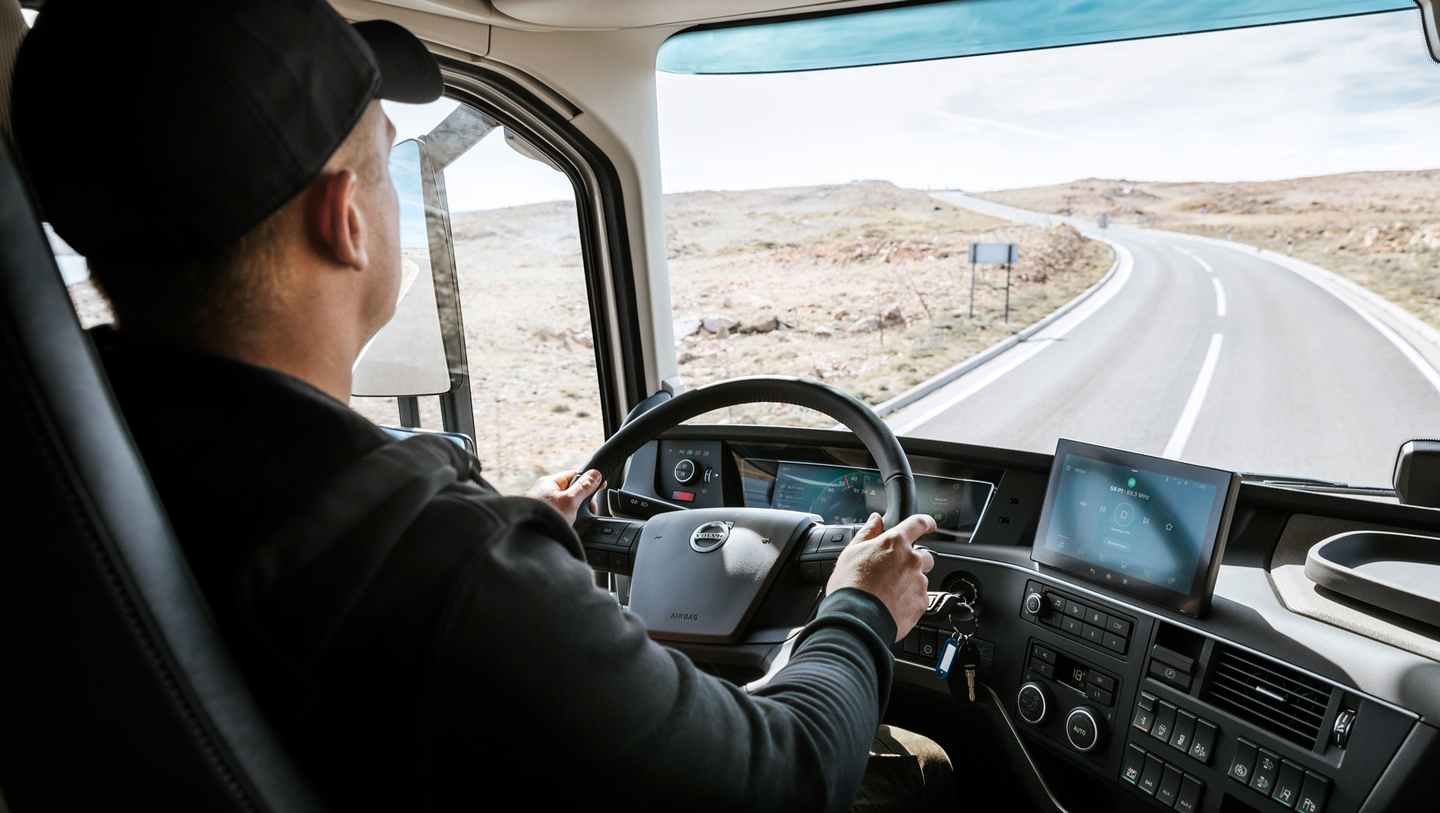 Last fall, Montana’s agricultural community was humming with anticipation over a new educational program set to debut at the community college in Miles City. The Montana Farm Bureau Federation painted it as the local piece in the larger puzzle of improving the nation’s food system. Meat processors licked their lips at the prospect of a skilled, homegrown labor force. Now, a cohort of students at Miles Community College are pursuing their meat-processing certificates.

Getting to this point wasn’t easy, and Miles Community College President Ron Slinger doesn’t hesitate to credit off-campus backers. The Montana Department of Agriculture ponied up a $117,000 Meat Processing Infrastructure Grant last August to help establish the program, part of an effort by then-Gov. Steve Bullock to steer CARES Act funds toward the state’s meat-processing needs. Northwest Farm Credit Services threw another $25,000 in the pot in December. If MCC is celebrating a victory, Slinger chalks it up largely to that financial support.

The financial challenges that necessitated that outside support are hardly restricted to new programs. Montana’s three community colleges — MCC, Flathead Valley Community College in Kalispell and Dawson Community College in Glendive — have for decades operated on a knife’s edge. Class sizes on the trade side, commonly referred to as career and technical education, are often limited due to accreditation requirements set by professional associations. Purchasing the equipment necessary for some programs can cut deeply into shallow budgets. Slinger said some of MCC’s core offerings, such as its automotive tech and heavy equipment programs, still aren’t profitable.

But those workforce programs are exactly where Gov. Greg Gianforte and the Legislature have pinned much of their hopes for economic recovery in a post-pandemic Montana. The state is slowly clawing its way back, with unemployment dropping from 5.4% last September to 4% this January, but Gianforte still stressed this month a pressing need to “get Montanans back to work in good-paying jobs.” Career and technical education (CTE) encompasses a broad swath of the labor market, from nurses to computer programmers to commercial truck drivers, and state officials in 2021 want it all.

The push dovetails with a proposal this session from Rep. Llew Jones, R-Conrad, to change how the state calculates its financial contributions to community colleges. House Bill 67 seeks to incentivize CTE programs by giving them more weight in that calculation. Currently, CTE offerings draw the same amount of funding as classroom-based non-CTE courses — roughly $6,000 per year, Jones estimates, for each student enrolled in 15 credits. Jones’ bill would increase that CTE allocation by half — to a per-student total of $9,000 — in part to reflect the higher cost typically associated with such programs.

“What we know about career tech ed when we look at it is the [CTE] classroom is more expensive,” Jones said. “Obviously there’s more cost to setting up a classroom that has a bunch of welders in it or a bunch of engines in it.”

According to a fiscal note compiled by the governor’s Office of Budget and Program Planning, the formula changes proposed in HB 67 would result in a $304,572 budget increase in state aid to community colleges in 2024, and a $566,889 increase in 2025. Slinger said that commitment would go a long way toward making some of Miles Community College’s standard CTE courses more profitable. Slinger is further relieved that the funding increase didn’t have to come at the cost of non-CTE offerings designed to provide local students a pathway to degrees at four-year institutions.

“It was important to us to make sure that if we’re going to incentivize CTE that we don’t de-incentivize general transfer pathways,” Slinger said.

HB 67 passed the House with strong bipartisan support last month, and is now waiting for attention in the Senate.

Flathead Valley Community College President Jane Karas stressed the importance of a well-funded catalog of CTE programs in responding to the needs of Montana communities. She called it a “symbiotic relationship,” with the college beefing up the local workforce and area businesses serving that contribution back with investment, input, equipment and experienced instruction. Several years ago, FVCC worked alongside 21 Flathead Valley businesses to establish curricula for and launch an advanced manufacturing program. Karas said similar efforts have helped ensure the region is keeping up with the needs of new tech companies. The college even set up a gaming program — not gaming as in gambling, Karas noted, but gaming as in the development of video games.

FVCC also worked with Blackfeet Community College in recent years to offer and eventually transfer control of a practical nursing program in Browning, and is now charting the same course with paramedicine and EMT training. Health care and higher-education advocates have been voicing concern for nearly a decade about Montana’s health care workforce shortage, citing an aging population and increasing retirement rates among Baby Boomers. Community colleges continue to factor heavily in that conversation. Slinger said he’s gathering information from more than 30 providers across MCC’s 16-county region in eastern Montana regarding their current staffing levels and their short- and long-term growth plans. The results will inform what health-based CTE programs need to be started or improved, as well as what programs MCC can potentially eliminate.

Another key piece of higher-ed legislation this session focuses not on Montana’s three existing community colleges, but on the funding structure available to any future campuses. Montana hasn’t seen a new community college established since 1970, and the current campuses in Kalispell, Miles City and Glendive derive roughly a quarter of their funding from a series of separate local levies, some voted and some not. House Bill 179 proposes to condense the process, consolidating local funding for a newly established community college into a single operating levy that must be approved by the voters. Rep. David Bedey, R-Hamilton, said he proposed the change to offer voters more transparency when they’re deciding whether to support a new college.

“The bottom line is, if I want to make this simple, in the ballot language it will say that if you approve this, there may be a tax levy, a voted tax levy, that you subsequently will have to approve,” Bedey said. “Particularly given the concern about property tax rate in a state and that sort of thing, I think most people are comfortable with knowing up front that they’re going to have a chance to vote on something. Let’s create this thing and then let our trustees make the case for what the right funding formula is.”

Bedey’s bill, which made it through the House despite strong opposition from the more conservative side of the Republican caucus, would also alter the approval process for a new college, placing greater emphasis on the educational and workforce needs of the community. The Board of Regents would still review the proposal, and the Legislature would maintain final say in whether the school is established. Deputy Commissioner Brock Tessman at the Office of the Commissioner of Higher Education said his office is “happier to see a clearer process” being considered. The changes under HB 179 wouldn’t impact existing campuses, but could positively impact the renewed push to create a community college district in the Bitterroot Valley.

Twelve years ago, that notion died in the Senate Education and Cultural Resources Committee without so much as a vote. Starting in 2007, residents in Ravalli County had spent two years arguing their case for a community college, passing a ballot initiative and electing a board of trustees before running into opposition from the Board of Regents. Now the push has been taken up again. On May 5, 2020, 59% of registered voters in the proposed district approved the idea and the selection of seven trustees, and the Board of Regents voted unanimously in December in favor of establishing Bitterroot Valley Community College. In its recommendation to the Legislature, the board noted that the proposal has “significant educational merits,” but recognized that questions remain about where the funding will come from to launch and sustain the college. Ultimately, Tessman told Montana Free Press, those questions can only be answered by Bitterrooters themselves.

“If it were up to us, we’d have a college or university on every corner, but that’s not reality,” Tessman said. “Resources are scarce and taxpayer dollars are scarce. The regents all along have had some questions about how best to fund a Bitterroot Valley Community College, but those are questions that the regents don’t answer themselves.”

Bitterroot Valley Community College Trustee Janet Woodburn said establishing an independent district would be a critical step for a region of Montana that’s experiencing considerable growth. Sure, she said, the University of Montana is currently operating Bitterroot College in Hamilton. But she argues that most of the programming decisions made there have reflected needs in Missoula County, not Ravalli, and the satellite college isn’t putting a dent in the Bitterroot’s need for electricians, cabinetmakers, licensed addiction counselors and scores of other trained professionals. Any courses that require travel to UM’s Missoula locations for in-person instruction present a major hurdle for prospective students. That’s not an issue Woodburn believes remote instruction options could alleviate.

“Would you want to be in a room with a nurse who never actually saw, never actually had hands-on training, but it was online?” she asked. “Same with an electrician or professional drivers, truck drivers. All these things require in-person training.”

With the table set by last year’s support from voters and the regents, Sen. Jason Ellsworth, R-Hamilton, introduced a joint resolution this session that would finally establish the Bitterroot’s own long-sought community college. It passed the Senate with strong support and received a unanimous yes vote from the House Education Committee on March 15. Woodburn is hopeful that momentum will continue, paving the way for the Bitterroot to begin serving its own needs, just as the Kalispell, Miles City and Glendive areas have for decades.

“We are growing at such a rapid pace,” Woodburn said. “We don’t have the professionals, we don’t have carpenters and plumbers and nurses and health care providers, cabinetmakers, electricians. We don’t have the basic element that is necessary for a community to grow.”

This article was originally posted on The community college question