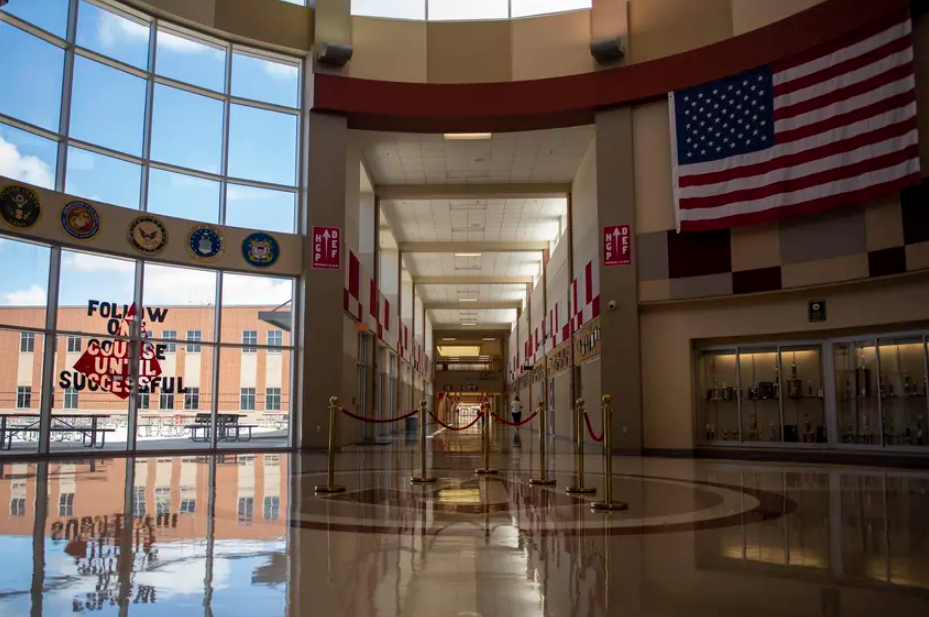 Texas lawmakers have filed at least three bills targeting how racism, current events and the country’s founding principles are taught in K-12 schools — including a senate bill that would strip out upcoming requirements that students learn white supremacy is “morally wrong” and study particular writings by women and people of color.

Senate Bill 3 features more changes than two House bills that have been filed for the special legislative session that began Thursday. The legislation comes after Gov. Greg Abbott signed into law a bill from this year’s regular legislative session that restricts how current events and America’s history of racism can be taught in Texas schools. It’s been commonly referred to as the “critical race theory” bill, though the term “critical race theory” never appears in it. In signing it, Abbott said “more must be done” to “abolish critical race theory in Texas” and later put the issue on the special session agenda.

Teachers and experts say that critical race theory, an academic framework used to examine structural causes of racial inequity, is not being taught in K-12 schools — and that the phrase is being used as a catch-all for any mention of racism, which is an integral part of teaching history truthfully. Critical race theory itself critiques the focus on individual blame in contemporary discussions of racism, and shifts the focus to legal and social systems that perpetuate inequity.

The law that already passed lists documents, figures and events that must be included in the social studies curriculum. But SB 3, filed by state Sen. Bryan Hughes on Friday, strips out most mentions of women and people of color in that section — more than two dozen requirements that include Native American history, work by civil rights activists Cesar Chavez and Dolores Huerta, historical documents related to the Chicano movement and women’s suffrage, and writings by Martin Luther King Jr., Susan B. Anthony and Frederick Douglass.

It also removes the requirement to teach “the history of white supremacy, including but not limited to the institution of slavery, the eugenics movement, and the Ku Klux Klan, and the ways in which it is morally wrong.”

Hughes, a Mineola Republican, did not respond to a request for comment this week. Many of the items his bill would strip were added by House Democrats during the regular legislative session — but were not part of the bill when the Senate originally passed the legislation earlier this year. In his agenda for the special session, Abbott said he wanted legislation that resembled that earlier Senate version.

Keven Ellis, the chair of the State Board of Education, wrote in an email to The Texas Tribune that most of the items in this section of the new law are already included in the state education standards, which are referred to as Texas Essential Knowledge and Skills. But Ellis said some of the items the new law would require — and that SB 3 seeks to walk back — aren’t currently required in schools.

“Some of the items that are not currently included in our TEKS are the writings of Ona Judge and Sally Hemings, Thomas Jefferson’s letter to the Danbury Baptists, as well as the Ninth Circuit decision in Mendez v. Westminster,” he wrote.

State Rep. James Talarico, who was a major opponent of the bill already signed into law and had successfully blocked the Senate’s original version of the earlier bill from passing, expressed “dismay” over that version now being revived.

“The amendments the House added were essential to ensure that we were teaching students all of American history — the good, the bad and the ugly,” the Round Rock Democrat said. “They were put in place to ensure that teachers wouldn’t be punished for telling their students the truth. And if we were to strip them, I could see teachers across the state of Texas being silenced.”

“It’s a frightening dystopian future that starts to come into focus,” he added.

State Rep. Steve Toth, who authored the regular session’s “critical race theory” bill, said lawmakers wanted to strip those provisions because they “wanted the list to be smaller and a little bit more truncated.”

“The mission was to get back to the original list, which was more along the lines of America’s founding documents, and to make it a manageable list,” he said.

He said that the bill presents a “minimum list of things that have to be read,” and it’s not an “exhaustive list.”

State Rep. Carl Sherman, another House Democrat who added amendments, said that the removal of people of color amounted to them being “whitewashed from our history.”

“If I had put in an amendment that Sam Houston should be included, I’m sure there would be no opposition to that,” said the DeSoto Democrat.

Hector Bojorquez is the director of operations and educational practice for the Intercultural Development Research Association and a member of the Texas Legislative Education Equity Coalition. He said the materials SB 3 seeks to cut could give teachers some protection, and “a sigh of relief that they could address” things like white supremacy explicitly. He said the rest of the bill creates an atmosphere of fear and uncertainty, making it harder for teachers to teach about racism truthfully.

“If it’s not explicitly stated that we can talk about [white supremacy] with our students, then we’re bound to repeat it, especially when you have too many people out there saying that there is no such thing as white supremacy,” he said.

Even though the bill wouldn’t ban any teachings, specifically omitting writings from and lessons on women and people of color “plainly sends a message” to students, Bojorquez said.

“It basically says, we don’t care about you or your histories,” he said. “It tells our students that they’re not important, and it sends our teachers even further into uncertainty.”

Meanwhile, the special session’s House Bill 178 walks back a couple of the more controversial aspects of the new law.

The original bill said that social studies teachers can’t “be compelled” to discuss “current events or widely debated and currently controversial issues of public policy or social affairs.” It says if they do, they need to “explore the topic from diverse and contending perspectives without giving deference to any one perspective.”

HB 178 would let districts require teachers to discuss current events. But it would leave in place the requirement that no one perspective be given “deference.”

It also expands that requirement from social studies teachers to all instructors. And HB 178 would also extend to all K-12 teachers prohibitions on requiring or incentivizing students’ political activism and teaching that “one race or sex is inherently superior to another race or sex.”

HB 178 also removes a provision that teachers can’t require an understanding of the 1619 Project, a series by the New York Times that examines how racism has shaped U.S. history.

Toth said that he removed that explicit ban because the new law already prohibits certain aspects he attributes to that work, such as the idea that “the advent of slavery in the territory that is now the United States constituted the true founding of the United States.”

One provision in the new law prohibits teaching that “slavery and racism are anything other than deviations from, betrayals of, or failures to live up to, the authentic founding principles of the United States, which include liberty and equality.” Toth said that should counter accusations that “we’re whitewashing history, or that we’re not talking about history, or we’re not addressing history and the wrongs of history, the evils of our past,” since the bill actually “encourages us to look at history.”

The bill also would require teachers to disclose all of their teaching materials and activities online every month.

“​​If you’re gonna teach something, just let parents know about it,” Toth said.

State Rep. Jasmine Crockett, a Dallas Democrat, filed House Bill 216, which would remove the ban on requiring or incentivizing students’ political activism and policy advocacy. But Toth said he expects the legislation that ends up passing during the special session will look more like his bill.